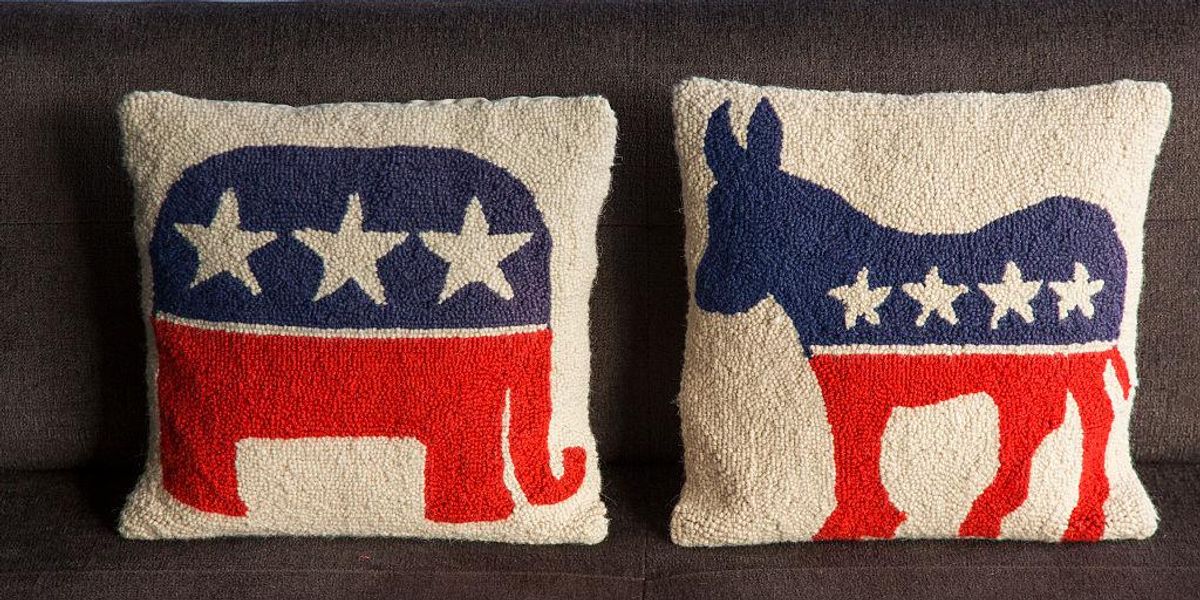 Democrats could be cruising for a bruising at the ballot box during the midterm election cycle this year, but Washington Post contributing columnist Matt Bai has penned a piece suggesting that the potential drubbing could actually enable Democrats to cling to the White House during the 2024 presidential election.

Bai said that for Democrats, “The good news is that getting blown out in 2022 may well be the only path you have to holding the White House in 2024.”

“I’m not saying the costs of a Republican takeover in November won’t be steep in the short run. These aren’t the conservative revolutionaries of 1994 or even tea-party types of 2010. This is the mutant-gene version of a Republican uprising, a full-on crazy-eyed dystopian movement of conspiracists and authoritarians,” he wrote. “But everything we know about modern politics suggests that the best way — maybe the only way — for a Democrat to be reelected is to also be the last guy standing between the broad American electorate and a whole lot of Republican crazy.”

Bai suggested that if the GOP had the opportunity to demonstrate the sort of government they envision, that would make Biden “look like Abraham Lincoln by comparison.”

Bai also said that if Republicans defeat Democrats in November, the election result “would curb the power of the Sanders-Warren wing, freeing Biden to pursue the kind of mainstream liberal agenda … that the voters thought they were getting in the first place.” Bai contended that rather than “spending every free minute trying to hold the whiny factions of his own party together, Biden can give statesmanlike speeches in defense of principles that resonate with the broad electorate.”

Bai said that even if Biden chooses not to run for another term, “then the party’s best nominee will almost certainly be someone from outside Washington who can credibly promise to change the culture of the place. That too is a much easier assignment when the other party controls Congress,” he wrote.

President Biden has been underwater on job approval polling for a long time, and Americans are suffering under the financial strain of soaring inflation. Gas prices have been on an upward tear, and as of Tuesday, the AAA national average price for a gallon of regular gas is $4.919. If these factors persist, they could be significant headwinds for Democrats during the 2022 midterms.