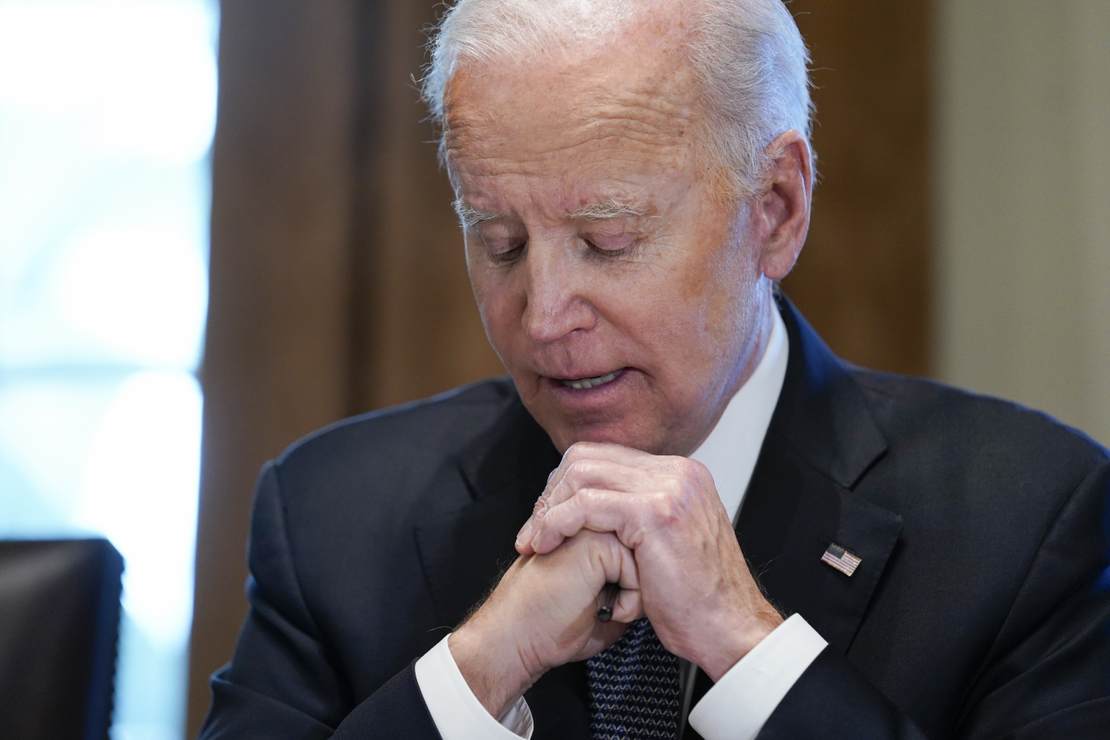 In the wake of his botched withdrawal from Afghanistan, Joe Biden, perhaps for the first time in his presidency, was actually criticized by the mainstream media. That same media that so enthusiastically carried the water for him during the campaign (by covering up legitimate questions about his mental health, or burying the Hunter Biden laptop story) was actually doing its job for a change.

Heck, even CNN’s Jake Tapper blasted Biden after he gave a speech after Afghanistan’s fall. “The president saying in fact that, if anything, the events of the last few days—this foreign policy and humanitarian disaster—proves to him that he made the right decision, given the fleeing of Afghan politicians from the country and the collapse of the Afghan military,” Tapper said. “The president said that the buck stopped with him but, in fact, this speech was full of finger-pointing and blame, especially for the Afghans […] He did not really get into or accept any blame for the catastrophic exit that we have been watching on television for the last several days.”

Others in the liberal media piled on, too. How could they not? Biden’s incompetence was so incontrovertible, and, as Tapper noted, the buck stops with him. Yet, sure enough, as time passed and Afghanistan left the front pages, the liberal media resumed its work making excuses for Biden.

Heck, when Joe Biden nearly got us into World War III, several of his cheerleaders in the media swooned. Despite their best efforts, Biden’s approval ratings never recovered—in fact, they’ve gotten worse. In recent weeks, Biden has hit new lows in approval despite everything the media has done to buoy him.

And it seems like they’re finally giving up. Maybe.

“It has been most interesting to see the establishment media try to adjust its coverage of the Biden administration. Mainstream media helped run cover for Biden in the 2020 campaign and for the early months of his administration,” DePauw University journalism professor Jeffrey McCall told Fox News Digital. “But the media narrative that Biden was a unifier and that any national problems were just Trump leftovers just had to disintegrate in the face of cold reality.”

Related: The Media Cheered as Biden Nearly Got Us Into WWIII

“Even the left-of-center media have had to grudgingly acknowledge that the Biden administration is struggling,” he continued. “In a sense, the mainstream media is just now figuring out what the public has known for months.”

Part of the problem has been Biden’s new White House press secretary, Karine Jean-Pierre. The media praised the appointment of a Black Lesbian Woman™ for such a high-profile job, but she’s proven herself to be not quite up to the challenge of spinning the administration’s problems. She dodges questions worse than Jen Psaki, and can’t seem to operate without reading from her prepared notes. It’s almost as if her purpose has been to make Psaki’s ineffectual tenure look good by comparison, rather than being the mouthpiece of the administration.

Though, to be fair, no one can put lipstick on the pig that is the Biden presidency. And the media’s realization that Biden is a disaster has come too late as far as I’m concerned. Joe Biden has repeatedly proved that Donald Trump was right. The media helped make it possible for Biden to be in the position that he’s in, and now they have to live with the fact that Biden has made Donald Trump look so much better to millions of Americans.