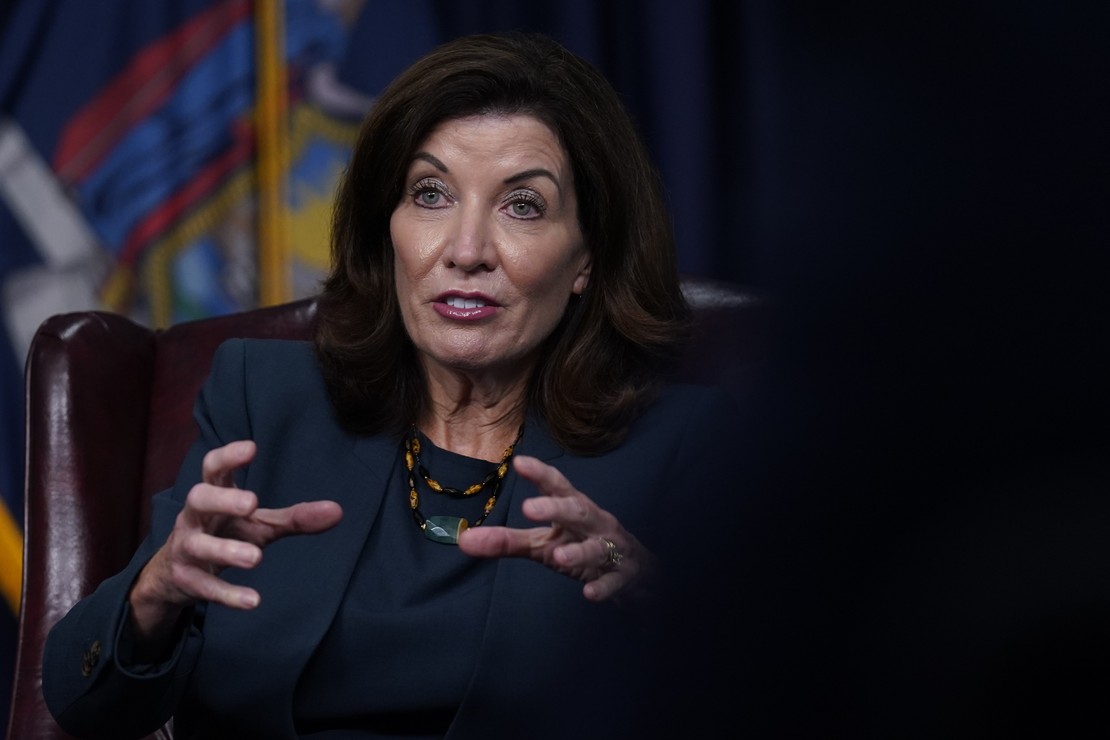 It sounds like something out of George Orwell when New York Governor Kathy Hochul brags about mandating social media platforms turn themselves into snitches.

With obvious pride in her Mean-Girl-Turned-Autocrat voice, Hochul announced on Monday, “In the state of New York, we’re now requiring social media networks to monitor and report hateful conduct on their platforms.”

The new law requires “social media networks to provide and maintain mechanisms for reporting hateful conduct on their platform.”

Here are two: Report to whom? What is hateful conduct?

“Hateful conduct,” according to the law, “means the use of a social media network to vilify, humiliate, or incite violence” against any group or class of people based on their “race, color, religion, ethnicity, national origin, disability, sex, sexual orientation, gender identity, or gender expression.”

Inciting violence is already illegal. It’s those other two words — vilify and humiliate — that are of interest.

What’s the legal standard for humiliation? Did a mean tweet cause you to blush at an old memory? Or did a Facebook threat shame someone so badly that they went all Carrie at the high school prom? Something in between?

Humiliation is in the eye of the humiliated. It isn’t a legal standard.

Same thing with vilification. What does that even mean in a legal context?

Actually, both are protected speech:

A memorandum in support of the legislation states the new law will make clear nothing shall be construed as adversely affecting the rights and freedoms of any person to exercise their First Amendment right. But Goodell and other Republicans argued on the Assembly floor that it still raises significant First Amendment issues. Goodell said the bill regulates three types of speech — that which villifies [sic], that which humiliates and that which incites violence. Speech that villifies [re-sic] or humiliates have long been protected by the First Amendment.

The good news is, it doesn’t matter because the new law Hochul is bragging about doesn’t really do anything that social media platforms aren’t already doing.

Hochul made it sound as though the new law requires reporting of “hate” to the government, and I’d guess that’s exactly what she meant to imply.

Fortunately, that’s not the case. All it does it make it easier for social media users to snitch on each other to the platform’s already-overworked censors.

The law mandates that platforms give users “a clear and easily accessible mechanism for individual users to report incidents of hateful conduct.”

Further, the mechanism “shall allow the social media network to provide a direct response to any individual reporting hateful conduct informing them of how the matter is being handled.”

Let me show you a great example of how this would work in practice.

Here’s a tweet that some would certainly find hateful:

We seriously have a mental health crisis in this country pic.twitter.com/yT6Pj90mad

Geminigirl has vilified the mentally ill, comparing them to… well, this mentally ill woman at a Starbucks somewhere.

So, what’s a vilified and humiliated Karen to do? 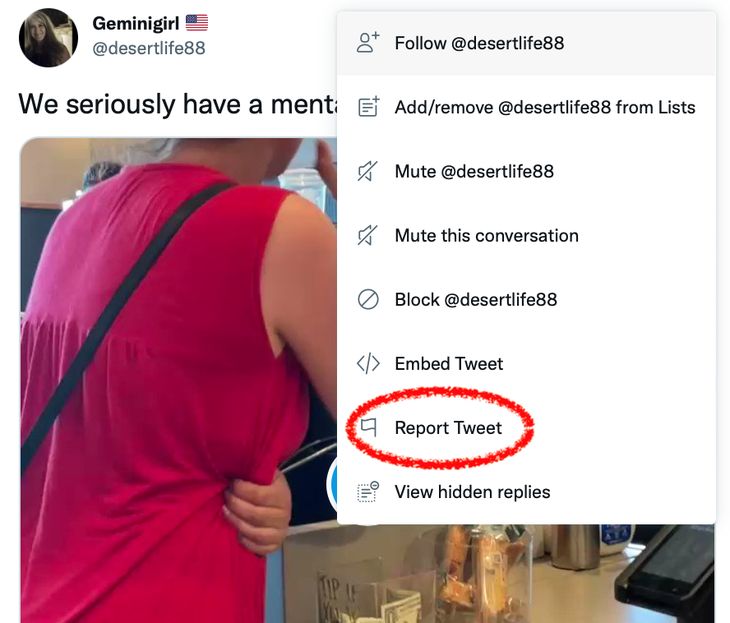 Twitter already has a reporting system. So does Facebook, as does TikTok. The only thing new in New York’s big new law is that platforms will have to keep whiners in the loop about what’s being done about whatever posting it was that they found so humiliating.

And you’d better believe that the social media giants will automate that feedback process.

“Your deranged concern is important to us. Please remain on the platform until the next automated response unit is available to assist you.”

As near as I can tell, the law is a big nothingburger.