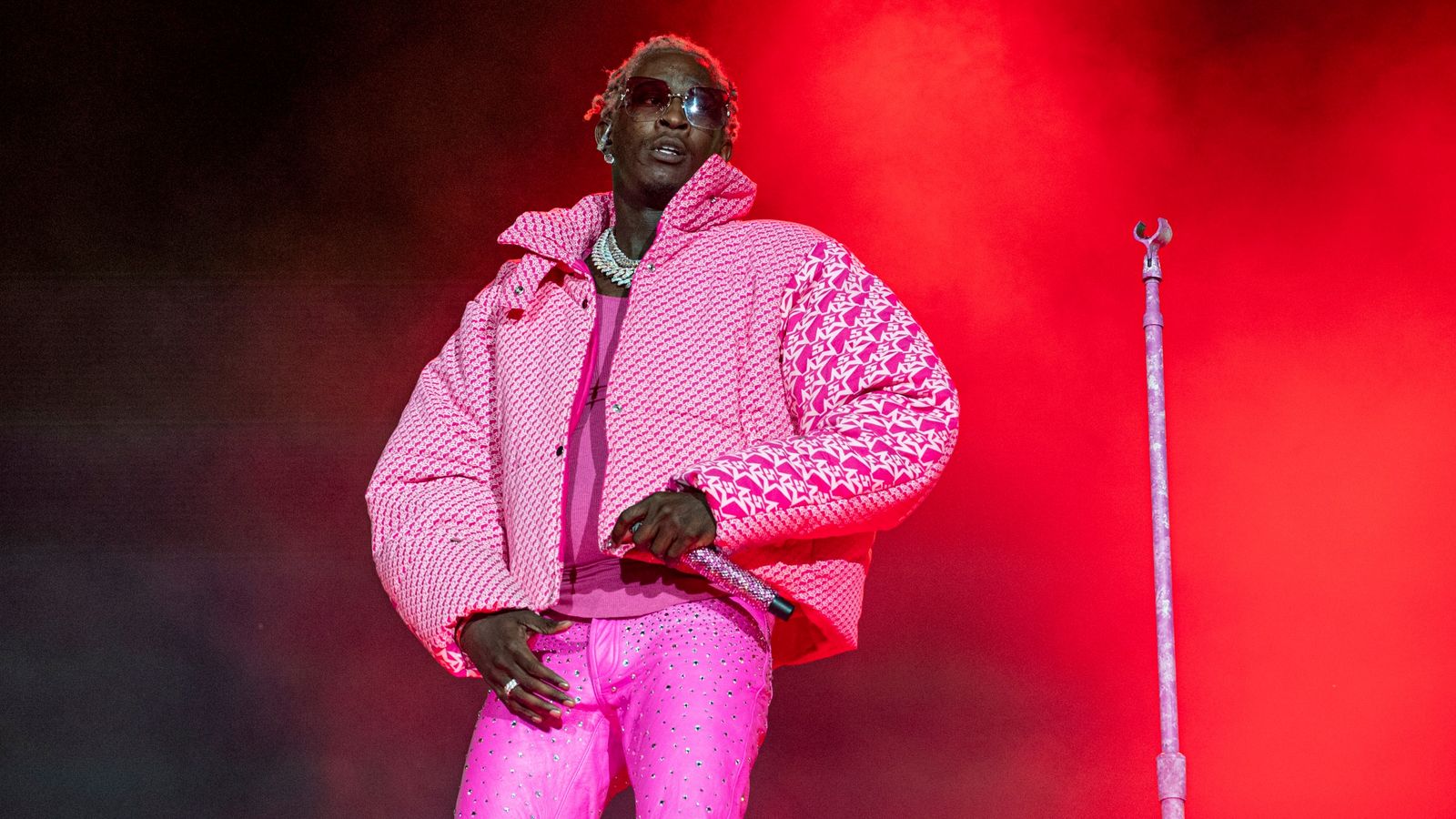 Grammy-winning American rapper Young Thug has been denied bond, reportedly over concerns he could be a danger to the community.

The rapper, whose real name is Jefferey Lamar Williams, who co-wrote the hit This is America with Childish Gambino, is accused of conspiracy to violate Atlanta’s Racketeer Influenced and Corrupt Organizations (RICO) act and of participation in a criminal street gang.

Fulton County Judge Ural Glanville handed down the ruling, saying he has significant concerns about Williams being a danger to the community, local news outlets reported.

Prosecutors argued Williams is the head of a violent street gang called Young Slime Lime that he co-founded.

They allege the gang has committed multiple murders, shootings and carjackings over roughly a decade and promoted its activities in songs and on social media.

Eppinger was already in jail accused of shooting an Atlanta police officer six times in February.

Young Thug, prosecutors said on Thursday, is “the top dog, the most dangerous man here, because he doesn’t have to get his hands dirty, he has others to do his business,” WXIA-TV reported.

Williams has been in custody since he was arrested at his home north of downtown Atlanta last month.

His attorneys have presented several witnesses to counter the image presented by prosecutors, pointing to the musician’s community involvement.

Music executive Kevin Liles testified that Williams was “like a son” and said he was willing to put up his own wealth and business behind a bond.

He said the rapper “is not just an artist – he’s an influencer, a person I think was put here to change the people around him” and a “contributing citizen to this world.”

The judge said an expected trial date would be 9 January 2023.

Democrats Call for Expanding Supreme Court After String of Losses
Pro-Abortion Rioters Vandalize Fox News Studios In New York
NeverTrumper and Leader of ‘Unselect Committee’ Liz Cheney Hugged Star Witness Cassidy Hutchinson After Hearing – What a Joke!
Jen Rubin gets hammered online for claiming a state can now ‘execute’ a woman who gets an abortion
Shop worker held by police after Rudy Giuliani ‘slapped on the back’