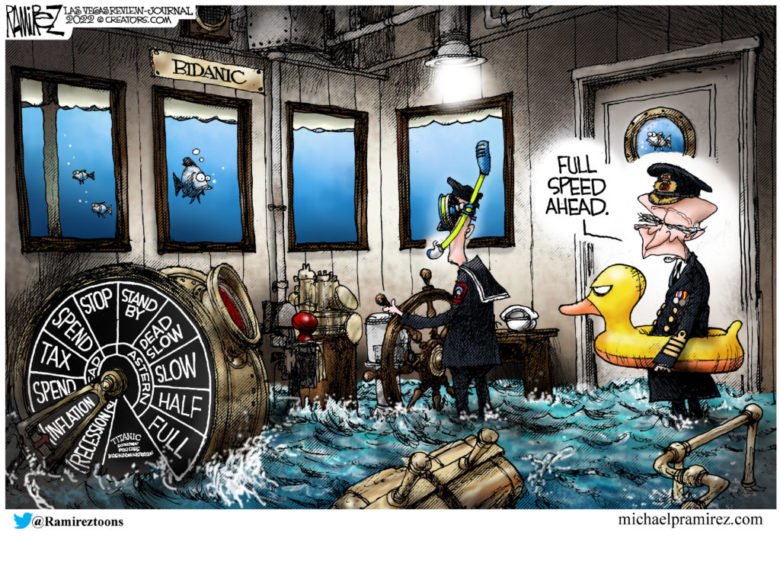 The ‘great uniter’ is facing a headwind from voters. They believe the economy is terrible and that the country is more divided now than just a year ago.

A new WSJ-NORC poll out today showed that 83% of those surveyed felt that the economy was poor or not so good. Not hard to believe as food inflation has soared a whopping 14.3% and gas prices have more than doubled since Biden took office.

The survey results show that high inflation in particular is driving the dim economic outlook, said Jennifer Benz, vice president of public affairs and media research at NORC. Inflation is running at close to its fastest pace in four decades, at an 8.3% annual rate in April, one of several factors weighing on consumers. Households are digging into savings to support their spending, the Commerce Department has said, and the S&P 500 nearly closed in bear territory recently.

People’s view of the economy is also likely darkened by the current cost of housing. Rents hit a 14th straight month of record highs in May and home prices are the least affordable they’ve been in 16 years.

But, the Biden administration didn’t stop with just the economy, they’ve also failed on a key campaign promise to unite the country.

Some 86% of respondents said Americans are greatly divided when it comes to the most important values, and over half said they expect those divisions to worsen five years from now, up from just a third of respondents who were asked the question last year.

“In the prior years that we’ve asked this question, there’s at least been some hope, a little bit more hope, that things might get better,” Ms. Benz said. “That’s a key difference underlying all of this right now.”

The only promise Joe Biden has kept is his October 2020 threat to close down the oil industry and everyone is feeling the pain from that policy.