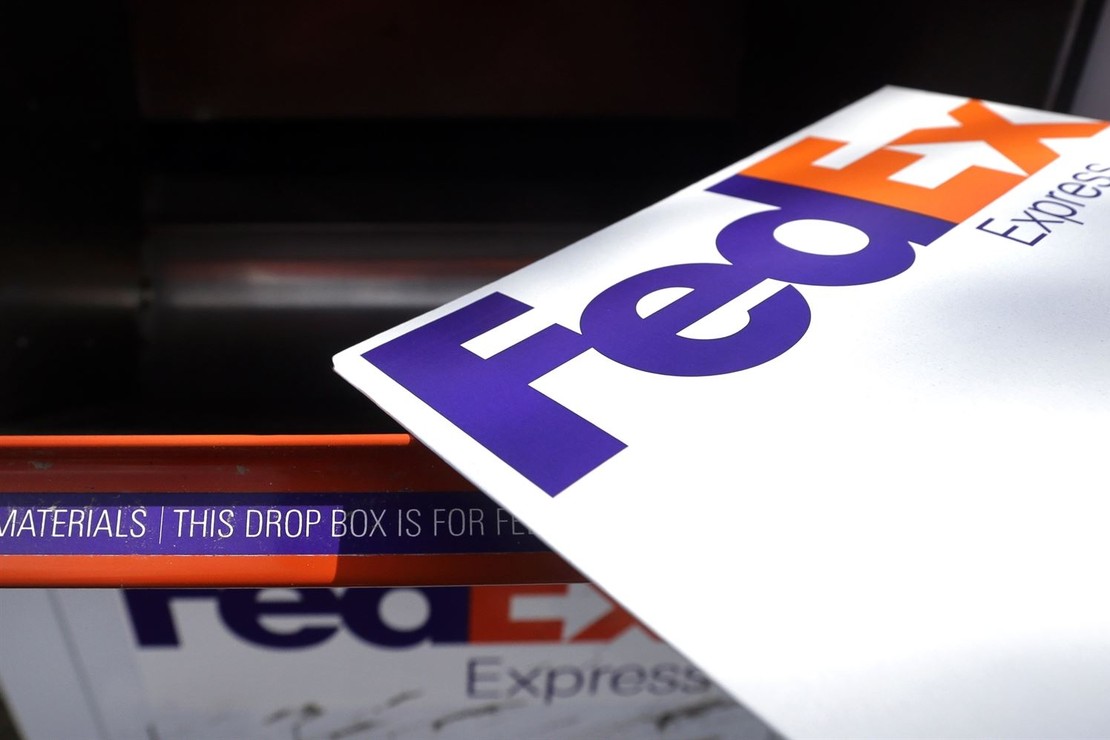 If you’re new to Florida Man Friday, let me get you right up to speed.

This is my — our — weekend-starting break from the serious news.

And in recent months I’ve been awarding Florida Man points, one each, for any and all of these categories:

I also reserve the right to award bonus points for sheer chutzpah.

Any time Florida Man or Florida Woman steals a police car, I will give them 10 chutzpah points.

My column, my rules!

So join me now on another thrill-a-minute…

In case the “Love, FedEx, and Nude…” headline was a little too obscure, click play on the YouTube video and your course will be set for adventure and your mind on a new romance.

Florida Man got into a wreck with a FedEx truck after an intimate encounter gone wrong Thursday evening, according to officials.

WPLG reported that a man and woman were found naked in an SUV after getting into a head-on collision with the truck.

Fort Lauderdale Fire Rescue said the woman was performing oral sex on the man while he drove the SUV, leading to the incident.

The two occupants of the FedEx truck suffered minor injuries.

And let’s not forget the added injury to insult: “Rescue officials also said the SUV driver suffered injuries to the groin due to what happened during the crash.”

Only two stories in, and already there’s a theme developing in this week’s FMF.

Florida Man surrendered after a seven-hour standoff with police, who say he was holding his partner at gunpoint in Palm Coast on May 26.

When Florida Man finally emerged after his front door was battered down by a police robot unit, he refused to obey orders to keep his hands above his head.

Throughout the afternoon and into the evening, he made multiple threats to harm himself and others while drinking heavily.

Florida Man had previously been charged with domestic battery, aggravated assault, and DUI.

I watched the clip. Twice.

He did not appear to be reaching for a weapon.

That said, if you’re a police officer at the tail end of a seven-hour standoff with a dillhole holding his girlfriend hostage at gunpoint, I’m going to look the other way if you take whatever excuse presents itself to shoot said dillhole in the crotch with a rubber baton round.

Good Gal With a Gun

The stranger, later identified as Ezequiel Rosario-Torres, 38, reportedly walked into Morrison’s Orange County home Sunday afternoon. Morrison said she tried to get him out of the house by hitting him with a broom, but Rosario-Torres reportedly swatted the broom away.

“He stepped in, and I turned around, and I said ‘who the hell are you? What do you want?’ Nothing. This guy never said a word the whole time he was here,” the Florida grandmother said.

The intrusion escalated when Morrison’s partner Charlie retrieved his gun and fired a warning shot, but the suspect did not leave, she recounted.

Morrison then retrieved her gun and fired a warning shot, she said.

Sheriff’s deputies arrived and the intruder was evacuated to a hospital, where he died.

Florida Woman said, “I have God in my life. That’s my main thing, wondering if God’s going to forgive me for taking a life. It bothers me.”

Sometimes even doing the right thing takes a toll.

Here’s to hoping this badass Florida Woman finds the peace of mind she deserves.

SCORE: 5 bonus points for badassery, even if Florida Woman took some serious risks before doing so.
TOTAL: 12 FMF Points.

East Bound and… Up?

Tallahassee PD reports that this was one of four DUIs (Driving Under the Influence) they attended to that weekend and that there was, fortunately, no one hurt in this accident that saw a blue Mustang climb a power pole.

Unable to back down, the driver staggers out of the vehicle in a second video posted to Reddit (below). Angles provided by the police department show why the driver couldn’t get back down, as the Mustang came to a rest with none of its wheels actually touching the ground.

The driver is actually quite fortunate because the angle of the accident suggests that he was driving straight towards the pole. Hitting the guy wire seems to have taken much of the energy out of the vehicle, which would have otherwise been directed at the wooden pole. That could have made for a much uglier head-on collision.

It’s difficult to believe that a guy who drove his Mustang up a power pole only gets two points, but those are the rules.

Karen Florida Man Would Like to Speak to the Manager

No shirt, no shoes, no way:

According to the Treasure Island Police Department, Florida Man, 69, walked into the Surf Style shop, located at 10701 Gulf Blvd., exposed his genitalia and proceeded to defecate on the floor near the dressing room.

Witnesses told police Florida Man wiped himself with a shirt belonging to the store, creating a biohazard out of the top.

He was arrested later in the day after being recognized by the store manager.

According to the arrest report, Florida Man told officers, “I was at the store earlier to get clothes. I returned to the store to get more clothes. I bought an outfit.”

What gets me is that Florida Man — after having done all that — just kept hanging around the neighborhood long enough for the store manager to recognize him later that same day.

I’m gonna go out on a limb here and guess that drugs were involved.

Previously on Florida Man Friday: I’d Like to Report a Criminal President

Just another day in paradise:

Florida Man was arrested Friday by officers from the county sheriff’s office after he allegedly destroyed a customer’s mailbox with an explosive device.

Florida Man showed up at the house in Merritt Island Thursday evening to pick up payment for landscaping services, deputies say. However, he was reportedly told by the house owner to come on Friday before 2 pm as he wasn’t going to be home until late.

He is said to have spoken to the owner’s mother, who reiterated that her son was home, which riled him up.

Florida Man got back into his black SUV, drove down the road, only to turn around and put something in the mailbox, and a few minutes later, it exploded, according to witnesses.

Plus: “Not only did the mailbox blow up, but the explosion also left a dent on a street sign next to it and sent shrapnel flying 50 feet away from the site of detonation.”

Either Florida Man was able to whip up a fairly powerful bomb in almost nothing flat, or he drives around with pre-made bombs — because, you know, sometimes stuff needs to get blowed up real good — without ever accidentally blowing himself up.

But no. Not Florida Man.

Six scored stories with a total of 24 points for a record-breaking average of 4 points per story.

Bravo, Florida Man. We knew you had it in you, especially after you pushed it out of you in that surf shop.

Meanwhile, in Our Nation’s Capital…

High capacity BB magazines? Whatever, get a load of Michigan Man:

Michigan Man was parked on the west side of the Capitol around 5 a.m. when approached by a Capitol Police officer, police said. He showed the officers a fake badge that read “Department of the INTERPOL” and identified himself as a criminal investigator with the agency.

Police said they found a BB gun, two ballistic vests, “several” high capacity magazines and additional ammunition in Michigan Man’s car after he gave permission to search the vehicle. No real guns were found, according to the release.

Other than that, I got nothin’.