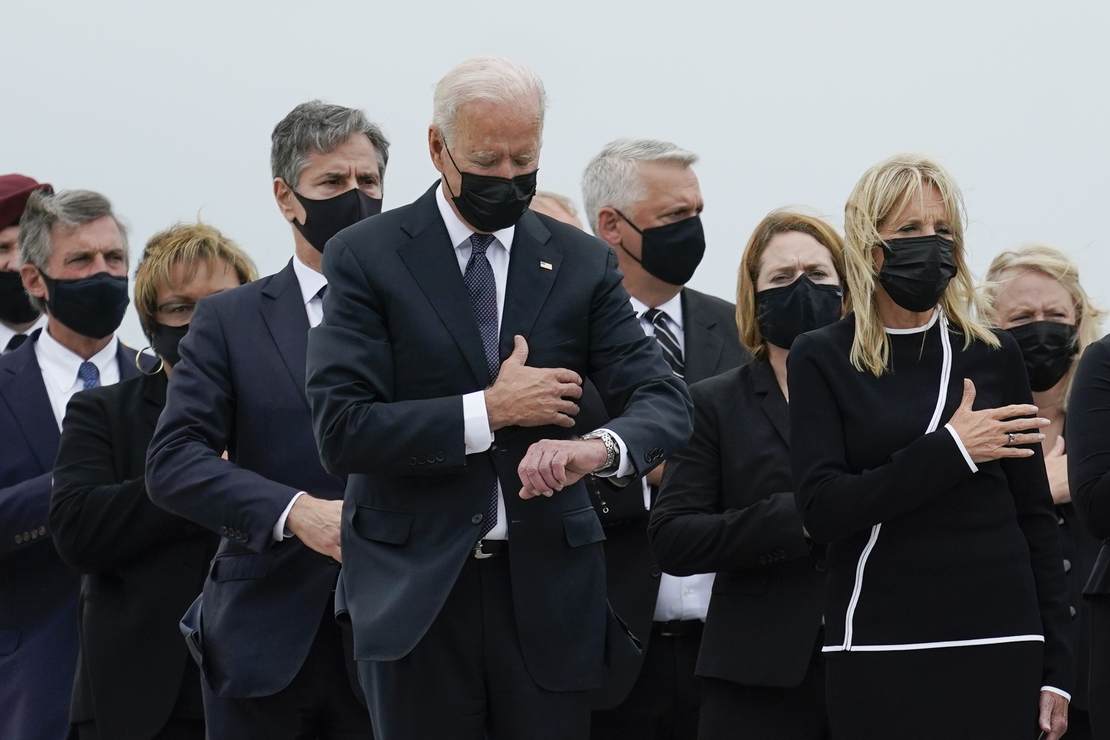 Joe Biden ran as the complete opposite of Donald Trump. According to his campaign, Biden had the experience, temperament, and competence to be a good Commander-In-Chief, while Donald Trump (he said) lacked those qualities. The media did its best to boost Biden, and as such, when he took office, he started off with respectable approval ratings.

In addition to the qualities mentioned above, Biden promised to change the culture of Washington. He said his years as a senator taught him how to work with both sides and achieve compromise.

Of course, compromise was never Biden’s objective. He proved that on his first day in office with his radical executive actions. Whether anyone actually believed Biden’s promise of unity, I can’t say, but his initial approval ratings showed that Americans were willing to give him the benefit of the doubt that he would restore the normalcy and competence he said was lacking under Trump.

Instead, he proved that Trump was by far the superior leader, and over time, Biden squandered Americans’ goodwill by not only pursuing a radical left-wing agenda but also by his failure to improve the state of the country. On his watch, we lost energy independence and border security and gained rising gas prices and rising inflation. His approval rating has been on a slow downward trend for months, with his botched withdrawal from Afghanistan in August finally sending it underwater—where it has remained ever since. Because of Biden’s repeated failures, he’s never regained the confidence of the American people.

And that’s not for the lack of trying. The White House has made several attempts to “reset” Biden’s presidency. They hoped that his State of the Union address would help, but any possible bounce he got from that was short-lived. Gas prices continued to go up, inflation got worse, and the border crisis intensified. When Vladimir Putin invaded Ukraine, Biden tried riding on the courageous coattails of Volodymyr Zelenskyy, but that didn’t work. Biden then tried to blame our nation’s woes on Putin, to no avail. Getting a Supreme Court nominee confirmed wasn’t enough to boost Biden. Not even the leaked apparent overturn of Roe v. Wade was enough to energize his base and get his poll numbers back up.

It’s been nine months since the botched withdrawal from Afghanistan. Conventional wisdom suggested that Biden’s approval ratings should have recovered by now, but his embattled presidency remains in worse shape today than it was in the first weeks following the fall of Afghanistan.

Donald Trump came into office with low approval, yet Biden’s rating is even lower now than Trump’s was at this point in his presidency, according to FiveThirtyEight’s weighted average.

Naturally, the Biden White House is getting desperate. According to a recent report, Joe Biden will pivot to the economy in June in a desperate bid to “convince skeptical voters that, despite their current misgivings, the economy is actually doing quite well.”

Considering this strategy of gaslighting on the economy has been failing for over a year now, I’m not sure why the White House thinks they’ll have any success this time. But hey, I’m sure there are a bunch of White House aides crossing their fingers.