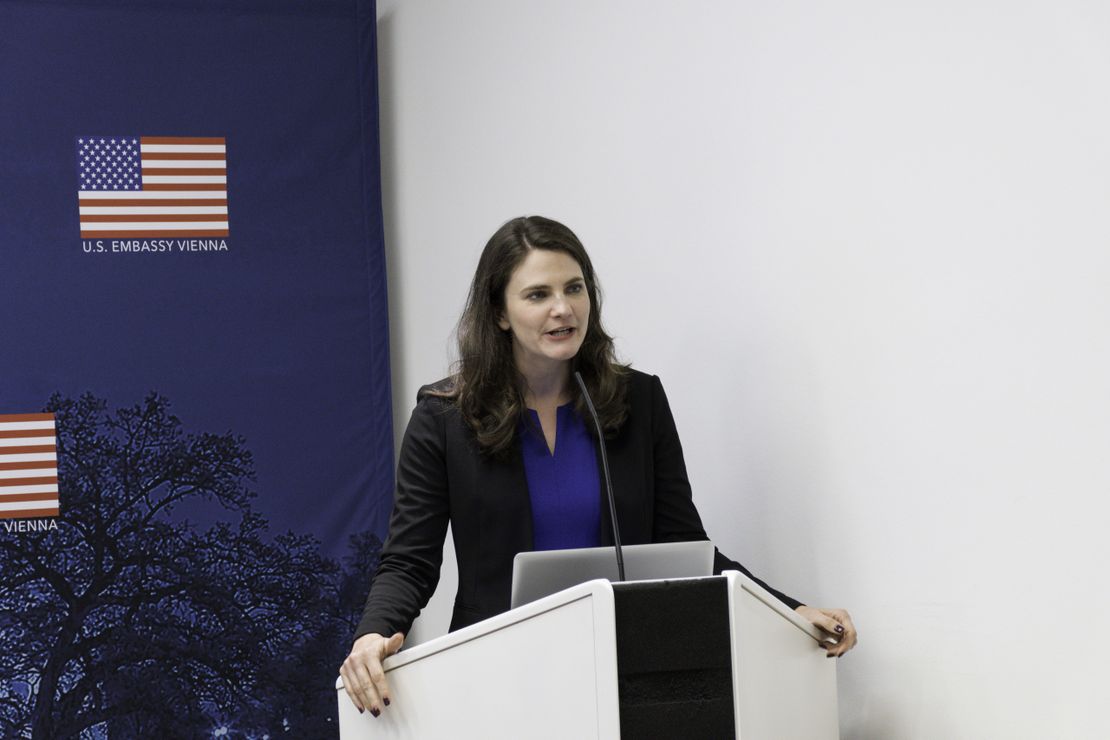 Oh, Nina… you poor thing. Our own incarnation of Big Brother (or shall I say Big Sister? I dunno, I’m not a biologist.) seems so desperate to remain relevant.  After her short-lived stint as the director of the Department of Homeland Security’s Ministry of Truth, she’s now trying to say that the currently paused operation could have prevented the recent mass shootings in Buffalo, N.Y., and Uvalde, Texas.

One task of the board was to standardize the government’s response to domestic violence threats including mass shootings, Jankowicz explained.

“I think another example that’s important, that’s also within the Department’s portfolio, especially given the events of the past few weeks, is that disinformation plays a role in radicalizing people to violence,” Jankowicz told NPR’s Terry Gross on Thursday. “You know, we’re seeing continued mass shootings here in the United States, and in many of those cases, violent extremism is begotten by things people see on the internet. So that’s the sort of thing that we would be looking to address.”

Well, why shouldn’t we feel good about a government operation scouring the internet for whatever it decides is “misinformation”?

Jankowitz’s resignation from the Ministry of Truth came after public outcry, comparisons to the Ministry of Truth from George Orwell’s 1984, and damaging information about Jankowitz coming to light, including the fact that she praised Christopher Steele, the author of the bogus dossier on Trump that falsely claimed Trump was a Russian asset, and that she helped spread the lie that dossier had originated with Republicans.

She also repeated false claims that the Hunter Biden laptop was Russian disinformation, which was clearly not true at the time. Mainstream media outlets have recently conceded that the laptop was in fact genuine. In short, Jankowicz’s blatant partisanship made her a terrible person to be in charge of the board, and it raised legitimate questions about censorship.

Does anyone really think the DHS’s Ministry of Truth, with her at the helm, could be trusted to be objective, and not use it to censor information it didn’t care for… like, for example, the Hunter Biden laptop story that she literally claimed was Russian disinformation even though it was legit?

Want to hear another doozy? She even had the audacity to claim that the board wasn’t about censoring opposing views.

“Addressing disinformation, more broadly, really isn’t about labeling or censoring individual facts, which is what the narrative about the board was. You know, I’ve spent a lot of my career talking about how we can’t just play what I call ‘whack-a-troll’ to get out of our disinformation crisis,” Jankowicz claimed. “We can’t just fact-check our way out of the crisis of truth and trust that we face. And I would have never taken a job that was all about that. It was about something much more anodyne, much more boring.”

“Well, there were a lot of folks, mostly on the conservative side of the spectrum, who said that the board was going to be a Ministry of Truth, a la George Orwell’s 1984, that we were going to adjudicate what was true and false online and that I was a czar, a disinformation czar, a minister of truth,” Jankowicz continued.

But she just said that the board could have prevented the recent shootings. How would they do that if the board wasn’t going to “adjudicate what was true and false online?”

Nevertheless, Jankowicz insisted that claims the board would censor speech couldn’t have been “farther from the truth.”

“Again, this was an internal working group that was meant to support and advise the operational components of DHS,” she claimed. “We had no operational authority or capability.”

Keep saying that, Nina… maybe someone will believe you.

I Guess It’s Okay to Question the Legitimacy of Our Institutions Now
Life Celebrates
Video captures the moment Texans help 17-year-old girl escape sex trafficker, now the pimp will be in prison for 59 years
US destroyer sunk in 1944 off Philippines becomes deepest wreck ever discovered
Republicans Expand Lead On Generic Congressional Ballot To Eight Points