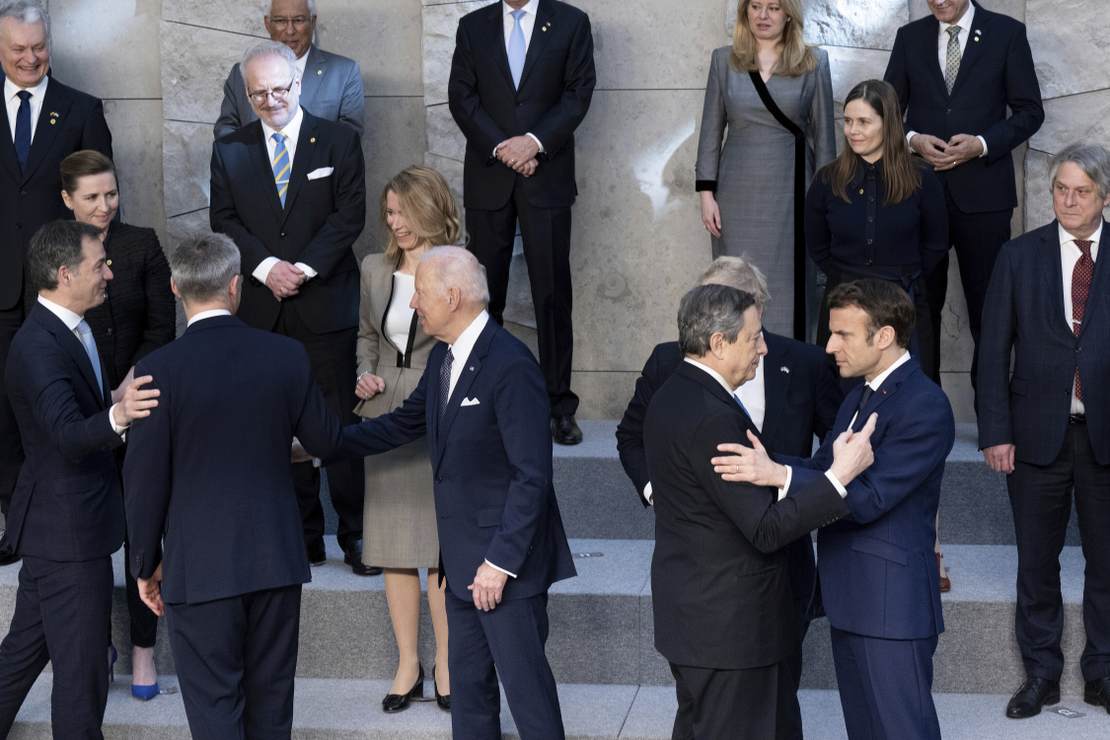 As the war in Ukraine drags on, many in the west are beginning to concentrate on just how the war might end. What are the conditions that would lead to negotiations with Russia? Naturally, all countries are saying let Ukraine decide. But there are other considerations beyond Ukraine’s desires — which may include Russia giving back Crimea and other territories won by its proxies in Eastern Ukraine.

Should the allies try to “weaken” Russia, as American Defense Secretary Lloyd Austin suggests? Or should NATO “let ’em up easy” as Abraham Lincoln suggested near the end of the Civil War?

The debate now matters because NATO is beginning to have divergent opinions about how the war should end. The first camp is the “justice” camp that envisions inflicting a stinging defeat on Russia and harsh conditions for peace. Great Britain and many Baltic states have expressed a desire to punish Russia.

The “peace” camp is beginning to mobilize. Germany has called for a ceasefire; Italy is circulating a four-track plan for a political settlement; France speaks of a future peace deal without “humiliation” for Russia.

So far, the U.S. has remained silent about how we want the war to end. This is a sound strategy given that the circumstances may change dramatically in the next few weeks. Although Russia continues to suffer setbacks, they’re also making progress. It’s clear that the window for a quick victory for either side has closed and the conflict has become a bloody war of attrition. In that kind of conflict, Russia, with its superior numbers and equipment, will eventually prevail.

Russia’s President Vladimir Putin has shown no signs of giving up. As long as he remains in power, he will prosecute this war until Russia achieves a recognizable victory.

But the war’s endgame is being seen through different lenses. European nations have their own priorities and the U.S. has theirs. The difficulty in meshing the two visions for how peace might be achieved is already causing friction in the alliance.

Behind all this lie two contradictory worries. One is that Russian forces are still strong and will prevail in a grinding war. The other is that they are brittle. If routed, Russia could lash out at nato, or resort to chemical or even nuclear weapons to avoid defeat. In the long term, says Emmanuel Macron, the French president, Europe will need to find a way of living with Russia. Estonia’s prime minister, Kaja Kallas, retorts, “It is much more dangerous giving in to Putin than provoking him.” American and European officials have quietly been helping Ukraine develop negotiating positions. One point is its demand for security guarantees from the West. Short of a promise to defend Ukraine directly, ideas include the ability to “snap back” any sanctions on Russia that are lifted; and rearming Ukraine quickly if it is attacked again.

For Europe and America, the underlying question that needs to be answered is does the west give up on Russia? Gone are the heady days of Boris Yeltsin and the belief that Russia could be integrated into the European common market. It’s not going to happen largely because of the power of resentment and the myth of victory in the Cold War.

Putin is of a generation that bitterly resents the U.S. and NATO’s triumph when the Berlin Wall fell. Indeed, the victory dances done on top of the crumbling wall are seared into many of Putin’s generation’s memories.

Much like the Nazis created the myth after World War I that Germany was “stabbed in the back” by Jews and socialists, Putin and many in his generation have created their own mythos about how the Cold War was lost and it inevitably led to America manipulating Russian leaders into surrendering their advantages.

It’s all nonsense but Putin believes it. And it will affect how he approaches any negotiations that may arise from the end of the Ukraine war.

But many allies in NATO see the problem quite differently.  And some agree with former U.S. Secretary of State Henry Kissinger.

The differences over war aims broke into the open at the World Economic Forum in Davos this week, as Henry Kissinger, the 99-year old former secretary of state, suggested that Ukraine would likely have to give up some territory in a negotiated settlement, though he added that “ideally the dividing line should be a return to the status quo” before the invasion, which included the Russian annexation of Crimea in 2014 and the seizure of parts of the Donbas.

“Pursuing the war beyond that point would not be about the freedom of Ukraine, but a new war against Russia itself,’’ Mr. Kissinger concluded.

Ukrainian President Zelenskyy called that “appeasement.” But even if they didn’t say the quiet part out loud, many in NATO agree with that sentiment. Russia is a nuclear-armed power led by a man who has demonstrated a complete lack of respect for international norms. Why poke a bear if the beast could blow up the world?

So Biden has some work to do — unless he wants to hand the job of ending the war off to Macron in France or Olaf Scholz in Germany. However its done, a consensus must emerge — and with Ukraine’s blessing — or the risk of a wider war will continue to grow.