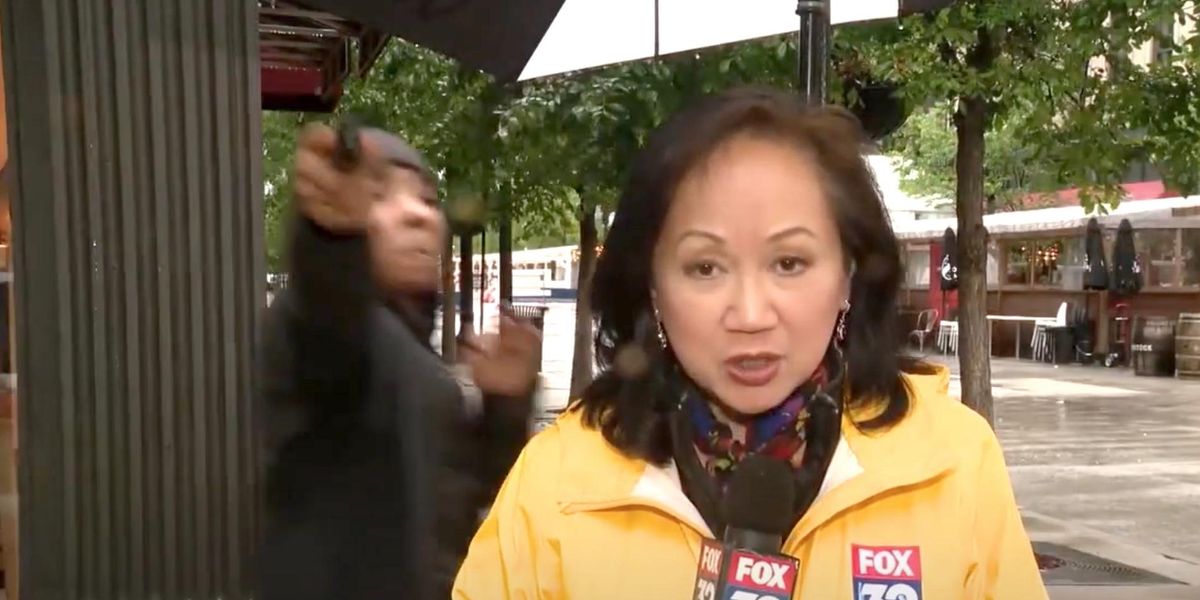 Police are searching for a man that pointed a gun at a news crew during their live shot from the streets of Chicago, Illinois, about the rise in crime.

Joanie Lum of WFLD-TV was reporting from the corner of Clark and Hubbard at about 7 a.m. when a man pointed what appeared to be a gun at the camera from behind her back.

The video shows him dancing away and waving the gun at some other object.

Chicago police have named him a person of interest and they’re working to identify him. He is accused of aggravated assault with a firearm.

“The gun was one foot from her head as he pointed at the camera or cameraman Gary,” she added. “Thank God she is okay.”

In its later report about the incident, WFLD showed further video of the suspect in the same area walking with cups of coffee in his hands.

Some of the viewers saw the incident live on the air and tweeted their support to Lum on social media.

“I saw the incident with the man brandishing a gun on camera . my friend please take caution i pray for your protection,” said one viewer.

CWN Chicago reported that police had responded to a call about a man fitting the description of the suspect and causing a disruption at a Starbucks coffee store just a few blocks away. They are unsure if the two incidents are related.

Murders and shootings in downtown Chicago have surged by 64% compared to the same period last year. Chicago Mayor Lori Lightfoot, a Democrat, said she was “not happy” about the worsening violence.

Here’s the video of the alarming incident: