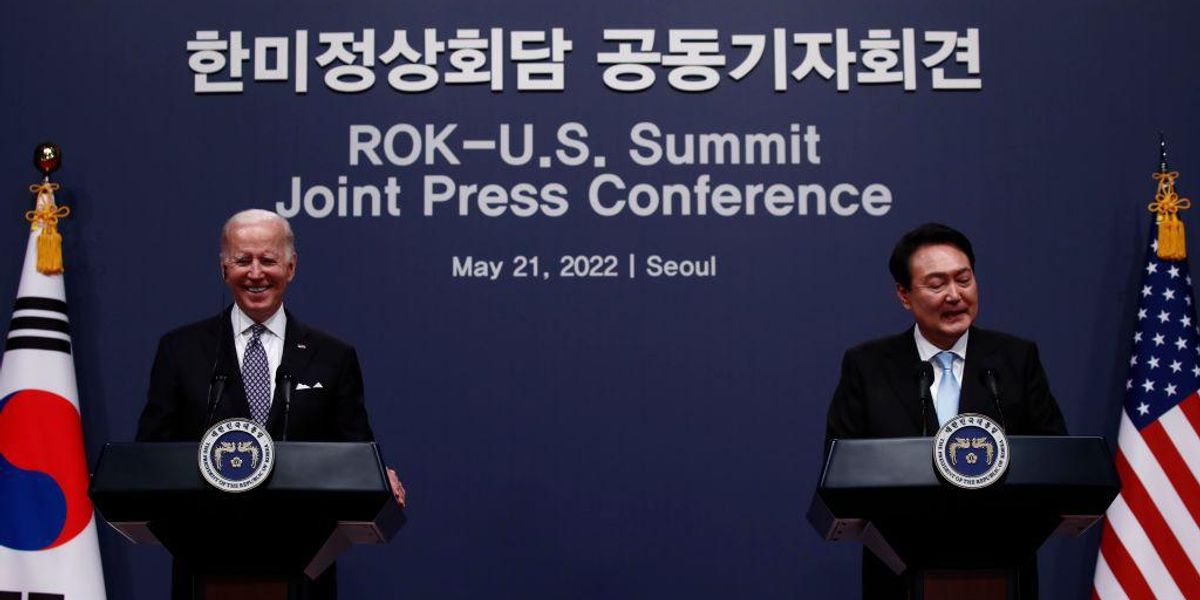 The Wall Street Journal reported that Biden said the U.S. and its allies would address the ongoing threat of North Korea “by further strengthening our deterrence posture and working toward a complete denuclearization of the Korean Peninsula.”

The two presidents held a series of discussions as North Korea struggles to contain a growing COVID-19 outbreak which Biden said he was willing to help them get control over. Biden stated that the U.S. was prepared to provide vaccines “immediately.”

A White House official later clarified that the U.S. would not directly provide North Korea with vaccines but would instead provide them through existing infrastructure like Covax, a program financed by wealthy nations to help lower-income countries obtain vaccines.

North Korea, however, has previously rebuffed offers of Covid vaccines from Covax and has not responded to recent offers from South Korea to provide vaccines and other medical supplies. North Korean officials have accepted medical supplies from China, though.

And as North Korea’s government ramps up missile tests, White House officials play down the likelihood of Biden and Kim meeting. Biden’s predecessor, Donald Trump, met with Kim three times during his presidency and was temporarily successful in persuading the North Korean leader to cease developing nuclear weapons. However, without as aggressive an adversary as Trump, Kim has resumed his rapid paced development of nuclear weapons.

U.S. officials have warned of the possibility that North Korea could conduct more nuclear or long-range ballistic tests this month. Jake Sullivan, Biden’s national security adviser, said that North Korean weapons testing would prompt the U.S. to ramp up effort to defend its allies and “cause adjustments to the way our military is postured in the region.”