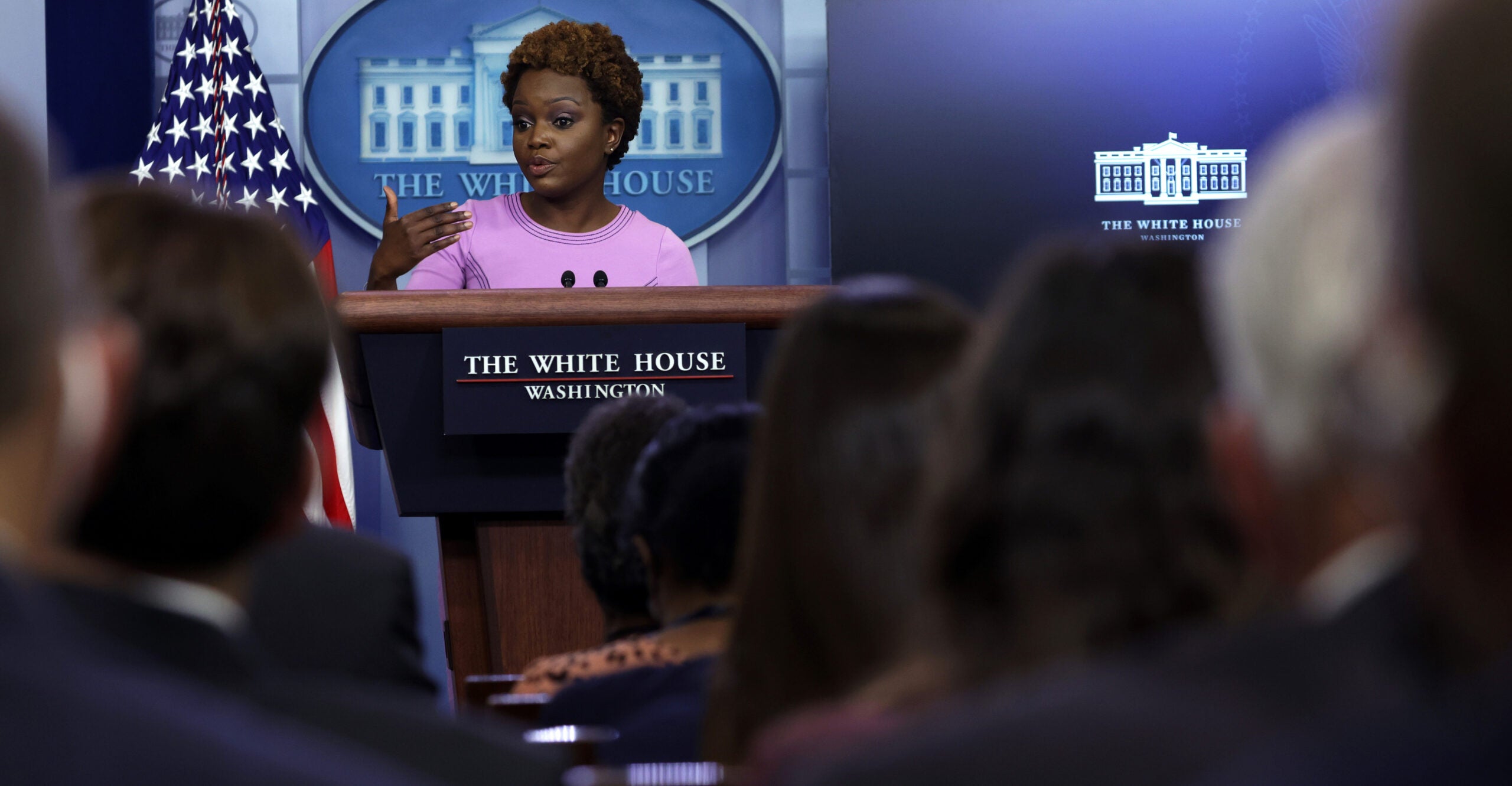 Although they’re in the First Amendment business, network newscasts largely ignored the rise and fall of a federal government board that raised red flags about the potential targeting of speech.

The Biden administration put its Disinformation Governance Board on “pause” Wednesday, and the panel’s controversial executive director, Nina Jankowicz, stepped down as head of that division of the Department of Homeland Security.

The three traditional nightly network newscasts—on ABC, CBS, and NBC—didn’t cover Jankowicz’s resignation or the pause of the board, according to the Media Research Center, a conservative watchdog that tracks news reports for bias.

And for a 21-day span, the disinformation board gained only one minute and 23 seconds of coverage May 1 on NBC’s “Meet the Press,” but no other coverage on NBC or the other networks.

The board prompted concern among Republican lawmakers as well as some liberal commentators–such as Bill Maher and Glenn Greenwald—that a government agency would attempt to determine what speech is and isn’t true.

“For now, the Disinformation Governance Board (DGB) is down, but it’s not yet out,” Michael Morris, managing editor of Free Speech America at the Media Research Center, told The Daily Signal in a written statement.

Morris referenced reports that the disinformation board is only being “paused,” not dismantled. He also referred to his organization’s CensorTrack.org, which documents censorship.

Homeland Security Secretary Alejandro Mayorkas announced formation of the Disinformation Governance Board on April 27, little more than three weeks ago, saying it would focus on tackle misinformation and disinformation targeting minority communities.

Critics of the board, including public officials and commentators, immediately dubbed it the “Ministry of Truth,” a reference to George Orwell’s dystopian novel, “1984,” in which government agencies determined what information the public could access and believe.

“As the left has done over and over again on any number of issues, it will rebrand and try again another day,” Morris said, adding:

No, the battle for free speech is not yet over. It’s still in its infancy. We must remain vigilant with eyes and ears open. … We are taking this win in stride, and with the help of others in the pro-free speech movement, we hope to build on this momentum, stand with steadfast conviction, and continue the fight to protect America’s first principles.

White House press secretary Karine Jean-Pierre said Wednesday that the disinformation board’s function was to “keep homeland security officials aware of how bad actors including human smugglers, transnational criminal organizations, and foreign adversaries could use disinformation to advance their goals.”

Jankowicz has a long social media trail of promoting misinformation. It includes promoting false collusion allegations about Donald Trump and the Russian government, such as the so-called Steele dossier, and dismissing the Hunter Biden laptop story—since authenticated by both The New York Times and The Washington Post—as Russian disinformation.

In more recent days, a Zoom video emerged, showing Jankowicz saying that “verified people can essentially start to edit Twitter, the same sort of way that Wikipedia is, so they can add context to certain tweets.”

In September 2021, Jankowicz also testified before a British Parliament panel in favor of an “online safety” measure.

“It [combating disinformation online] is not just a democratic concern; it is a national security concern, which should make it of interest to everybody in government. It is not just about hurt feelings. It really affects the way our countries operate,” Jankowicz told the British panel.

Jankowicz is the author of the 2020 book “How to Lose the Information War” and this year’s “How to Be a Woman Online.”

In an interview Wednesday night with the left-leaning cable outlet MSNBC, her first since resigning, Jankowicz said she and her family were facing threats.

“All these sensationalist narratives about what people thought the board was going to do were completely wrong,” she said in the interview. “It was a coordinating mechanism. It was meant to, you know, make sure that [in] the very large agency that is the Department of Homeland Security, that people were talking to each other within it.”

Sen. Tom Cotton, R-Ark., a leading critic of the disinformation board, tweeted: “The only reason Biden is pausing his Ministry of Truth is because he got caught. If Biden could have gotten away with it, he would have used the Department of Homeland Security to censor Americans.”

White House deputy press secretary Andrew Bates told The Washington Post on Tuesday that critics had mischaracterized the board and smeared Jankowicz.

“These smears leveled by bad-faith, right-wing actors against a deeply qualified expert and against efforts to better combat human smuggling and domestic terrorism are disgusting,” Bates said.