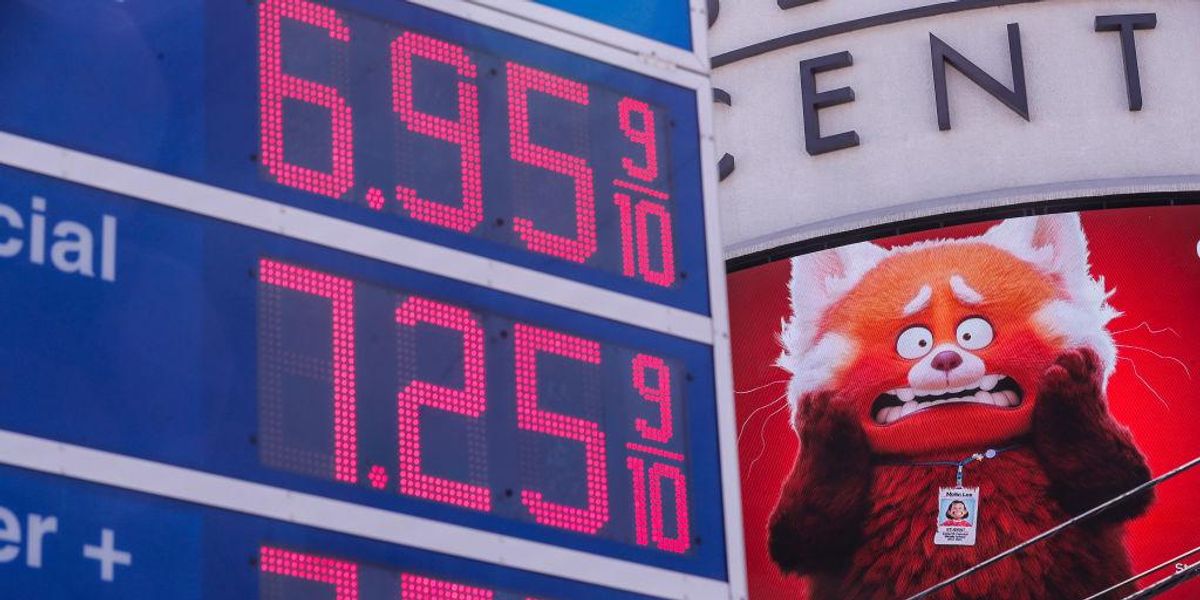 U.S. households are expected to spend an average of $5,000 on gasoline this year.

“No wonder the Consumer Sentiment Index is so depressed. The wonder is that retail sales have been so surprisingly strong during April and May,” Yardeni said in a note.

Yardeni stated that the inflation-adjusted incomes of most consumers are barely growing and that they have accumulated a decent amount of savings while charging a lot more on their credit cards.

However, Yardeni indicated that the American consumers’ spending habits are somewhat counterintuitive, which might give the economy an illusion of strength.

For instance, despite the Consumer Price Index surging by 8.3% in April and a massive technology stock sell-off, retail sales rose by 8.2%.

Gasoline sales actually declined in April from March, as prices temporarily fell before ramping up to record levels in early May. Spending on gasoline in April increased by nearly 37% from a year ago, according to data from the Department of Commerce.

Not only are Americans paying more for necessary products, like gasoline, but their earnings in real wages are falling rapidly.

As inflation continues to spiral out of control, the average hourly earnings for employees on private nonfarm payrolls cannot keep up. These payrolls rose by only 0.3% in April, which was far lower than what was expected by economists.

This 0.3% growth was also far below April’s inflationary increase of 8.3% and March’s 8.5% increase.

According to this data, the real earnings of the American people appear to be falling by multiple percentage points.

‘Your terms are acceptable’: Liberal actor/director Ken Olin tweets, ‘In States where abortion is illegal the father should be financially on the hook at the moment of conception’
Influx of Unregulated Abortion Pills to Cross US-Mexico Border Following Dobbs Decision
Acosta Decries Backward U.S., Declares Pregnancy Centers Insufficient
She Had an Abortion. Why She’s Glad Roe Was Overturned.
4 Big Takeaways as White House Aide Testifies on Trump and Capitol Riot