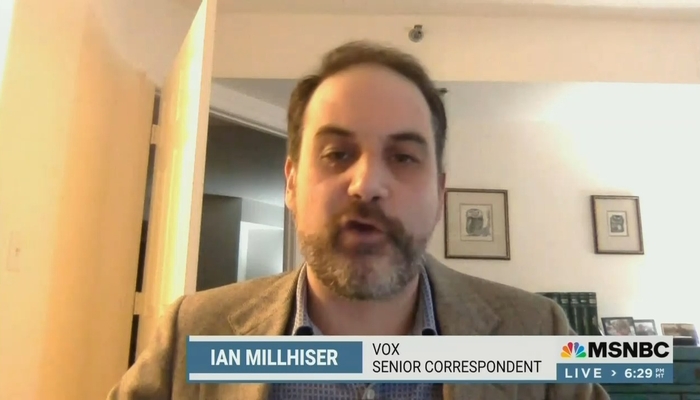 NetChoice, the plaintiff in the lawsuit to stay the law, sued Texas over the “censorship” law last year and argued that it violated the First Amendment. The injunction was overturned this week and the law went into effect.

In an op-ed, Millhiser argued “two GOP judges” gave Texas the win, despite the fact that the judges were appointed just like all the others on the court:

The decision in NetChoice v. Paxton reinstates an unconstitutional Texas law that seizes control of the major social media platforms’ content moderation process, requiring them to either carry content that those platforms do not wish to publish or be so restrictive it would render the platforms unusable. This law is unconstitutional because the First Amendment prohibits the government from ordering private companies or individuals to publish speech that they do not wish to be associated with.

Conservatives who supported the law argued that it protected the free speech of users, not that of Big Tech companies. Millhiser said the ruling threw “the entire social media industry into turmoil” and that platforms were forced to turn “into 4chan.”

“The Texas law, in other words, would effectively turn every single major social media platform into 4chan — a cesspool of racial slurs, misogyny, and targeted harassment that the platforms would be powerless to control, unless they wanted to enact such sweeping content moderation policies that their platforms would become unusable,” he wrote.

“Admittedly, the Texas law does permit social media companies to remove some racist and sexist content, but only if that content ‘directly incites criminal activity or consists of specific threats of violence,’” he wrote in parenthesis.

He concluded and said that the Supreme Court likely would get involved soon, but could decide to “write social media out of the First Amendment.”

“We should know in very short order, in other words, whether the Supreme Court intends to write social media out of the First Amendment.”