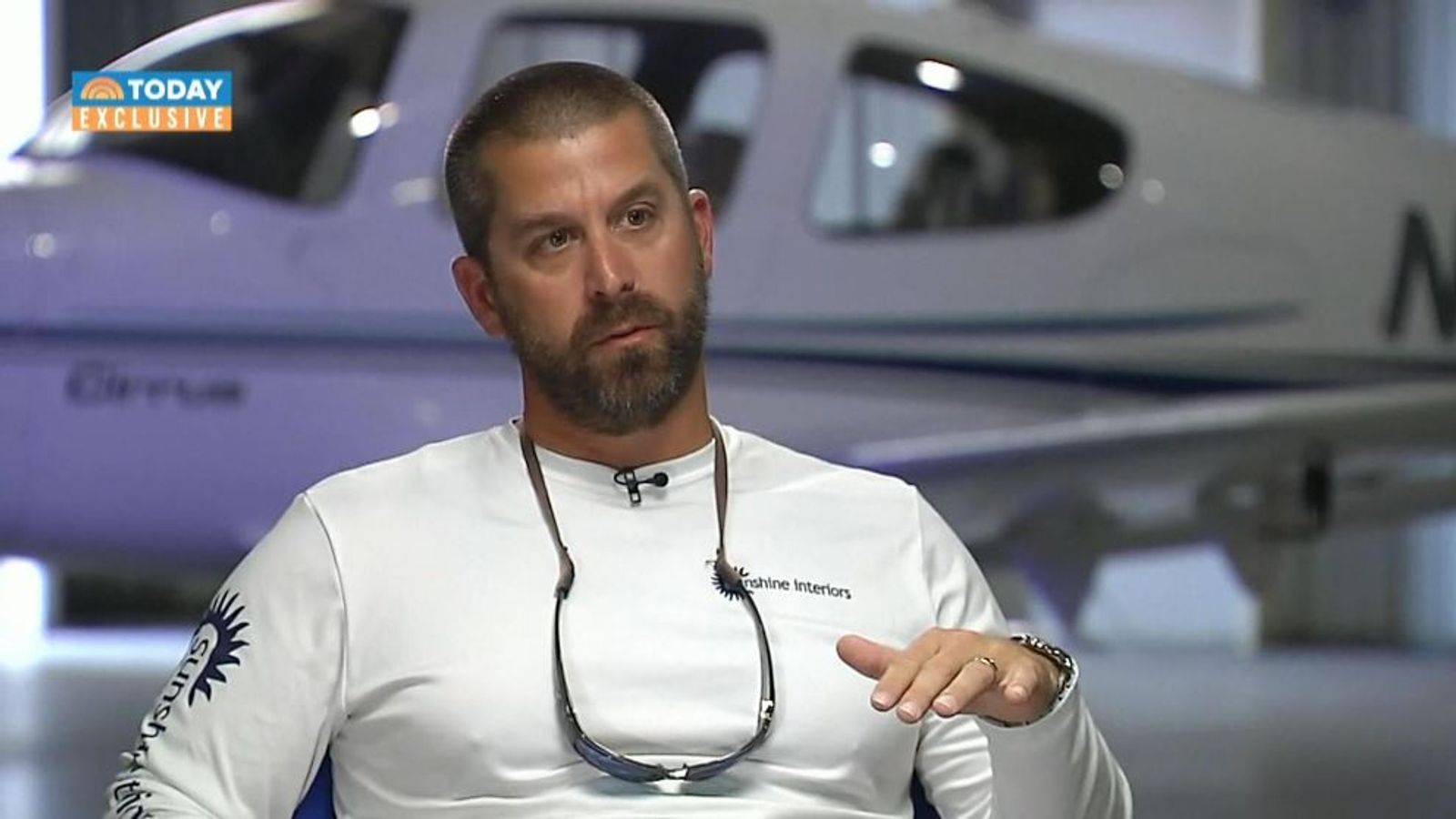 A passenger with no flying experience who landed a small plane in Florida after the pilot passed out has described the “life or death situation” he faced.

Darren Harrison, 39, who was one of two passengers on the aircraft, told NBC News he had no time to panic and remained calm throughout the ordeal.

“Somebody asked me the other day what my heart rate was or what I thought my heart rate was when all of that was going on, and I said probably in the 90s. And they said, what about when it was all over. And I said it was probably 160,” he told Savannah Guthrie in an interview on NBC’s TODAY show.

“By the time I stopped the plane, that’s when it hit me,” he said.

“I was pretty calm and collected the whole time, because I knew it was a life-or-death situation.

“Either you do what you have to do to control the situation or you’re gonna die. And that’s what I did.”

The married father-to-be, who was returning from a fishing trip in the Bahamas, also revealed he had previously had nightmares over this exact scenario.

In live audio from a call made to air traffic control at Fort Pierce Tower, he can be heard warning: “I’ve got a serious situation here.”

“My pilot has gone incoherent. I have no idea how to fly the airplane, but I’m maintaining at 9100.”

When asked by the tower for his position, he replied: “I have no idea. I can see the coast of Florida in front of me. And I have no idea.”

Air traffic controllers and a part-time flight instructor advised him on how to land the plane and the single-engine Cessna 208 touched down safely at the Palm Beach International Airport.

The Federal Aviation Administration is investigating the incident.