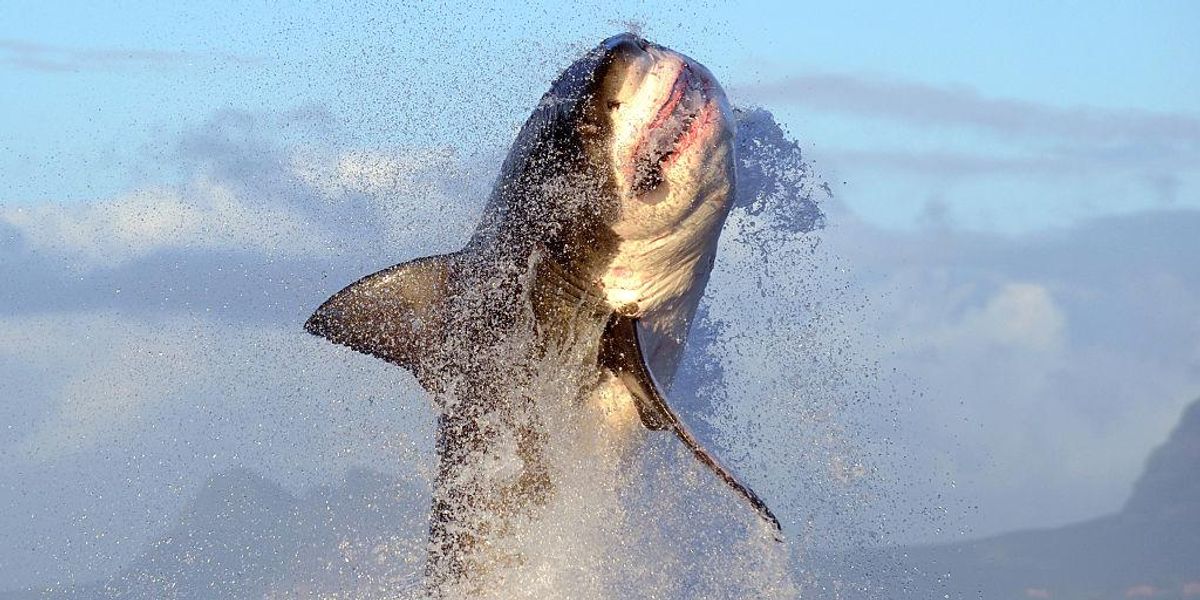 A massive great white shark has been recorded swimming off the coast of the Jersey Shore.

The shark has been named Ironbound, after the West Ironbound Island near Luneburg, Nova Scotia, where it was first spotted swimming, CNN reported.

Ironbound is said to be 12 feet, 4 inches long and is believed to weigh just under 1,000 pounds according to OCEARCH a nonprofit marine research group that provides open-source data about the migration pattern of sharks.

Ironbound was first tagged on October 3, 2019 in the waters around his namesake island near Nova Scotia. As part of its data collection process, OCEARCH goes through the elaborate process of capturing sharks and fitting them with electronic trackers that alert the organization to the shark’s whereabouts whenever they break the ocean surface.

Believed to be migrating north, Ironbound broke the surface of the waters off of the New Jersey coats at about 10:30 p.m. on April 28.

Ironbound is believed to be around 20 years old according to OCEARCH’s chief scientist Bob Hueter.

Despite his massive size, Ironbound is not the largest shark that OCEARCH has encountered.

Hueter said that OCEARCH has previously great white sharks as long as 17.5 feet that weigh 4,000 pounds.

Hueter said, “When we tagged him, he was impressive.”

Ironbound has traveled an estimated 13,000 miles since the nonprofit has begun tracking his movements.

Hueter said, “He’s gone back and forth from where we found him in Nova Scotia and the Florida Keys several times.”

The scientist explained that this is par the course for great white sharks as they tend to make this migration in the Atlantic Ocean each year. The sharks spend their summers in the northern waters near Canada and then make their way down south in the eastern Gulf of Mexico during the winter.

Hueter said that the migration “is an adaptation, of course, to seasonal temperature fluxes, to where the food is.” He also said that while marine scientists are not entirely sure where great white sharks mate, they have theorized that one place it happens is off the coast of the Carolinas during their migratory journeys.

“Mating season is over, we think, and Ironbound is on his way north to get into some good feeding ground and bulk up again for the next year,” Hueter said.

“Sharks have been around for about 400 million years,” Hueter said. “They in many cases occupy what’s called the apex predator position, in marine food webs. Just like on land, that is an important role in terms of keeping the lower parts of the food web healthy and balanced.”

Netflix talks with Google about ads as Sarandos is set to address Cannes this week
‘You can never ask a child to go back’: Texas massacre school is to be demolished
Democratic Louisville mayor punched in face, knocked to ground at Juneteenth event — and mockery follows: ‘Just peacefully protesting, nothing to see here’
Hackers can bring ships and planes to a grinding halt. And it could become much more common
Telemundo Tries to Ease Biden’s Pain at The Pump