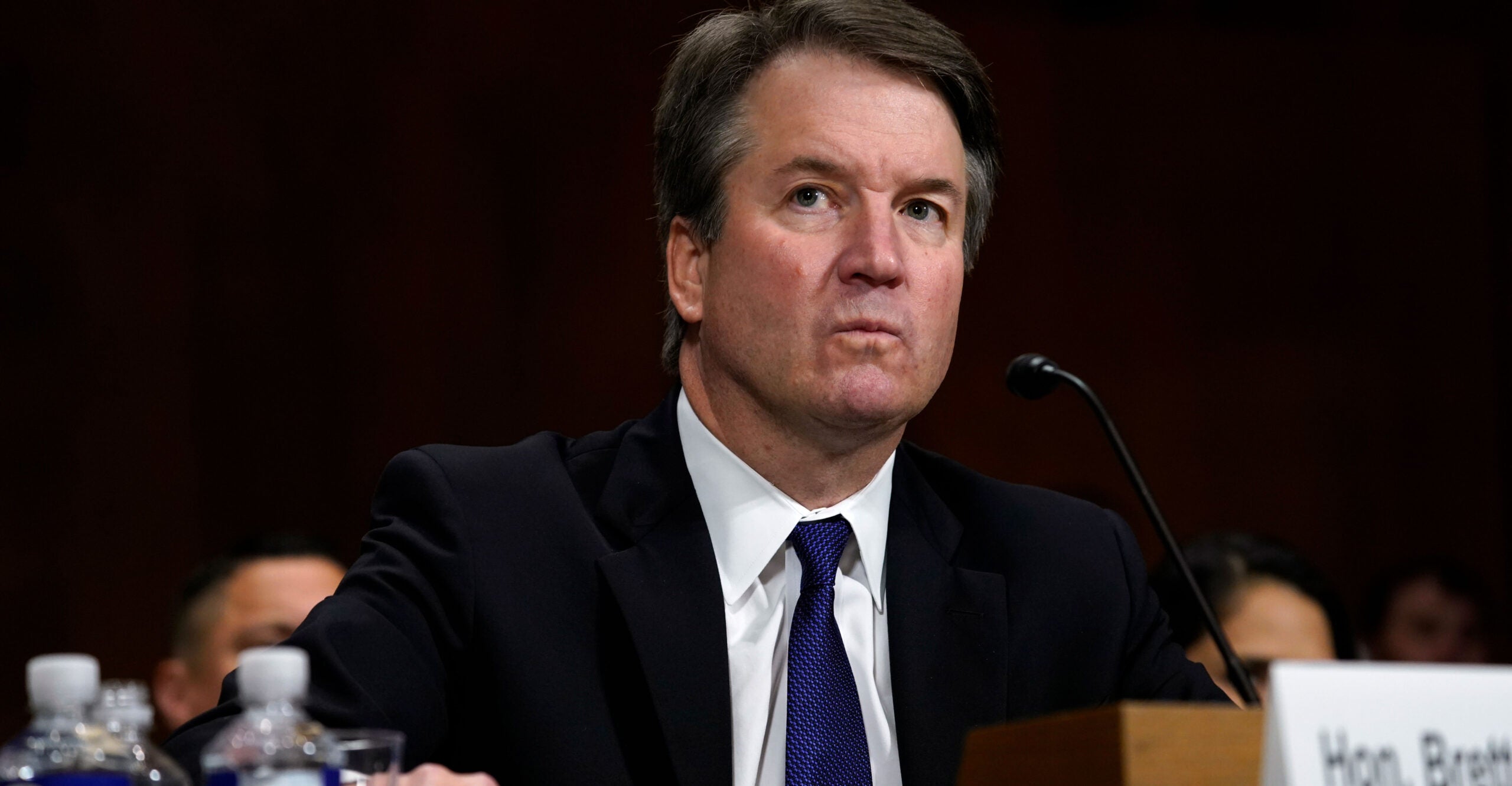 Dozens of furious marchers made their way through a Washington, D.C. suburb Saturday evening, hellbent on demonstrating their rage towards conservative Supreme Court justices.

“No uterus, no opinion!” they cried as they disrupted the quiet streets, days after a leaked draft of a Supreme Court opinion written by Justice Samuel Alito indicated that five Supreme Court justices planned to strike down Roe v. Wade.

The protestors gathered outside a local market in Chevy Chase, Maryland. Initially, it seemed like the poor weather was going to dent the number of marchers.

As time went on, a slow trickle became a massive flood, and a large group gathered around outside the market. Organizers began passing out small, plastic candles. When The Daily Signal attempted to speak with the organizers, they refused. It seemed clear they knew who we were.

The protestors made their way around the neighborhood, chanting “We won’t go back!” and “Codify abortion rights!”

The crowd eventually made their way to Chief Justice John Roberts’ house. A group of protestors began drawing chalk coat hangers on the sidewalk.

Eventually, the protestors moved on. Justice Brett Kavanaugh lives in the same area as Roberts, and the marchers slowly made their way to his house.

Eventually, a large contingent of police officers arrived. Within seconds, the crowd that had easily numbered around 100 went down to about 20.