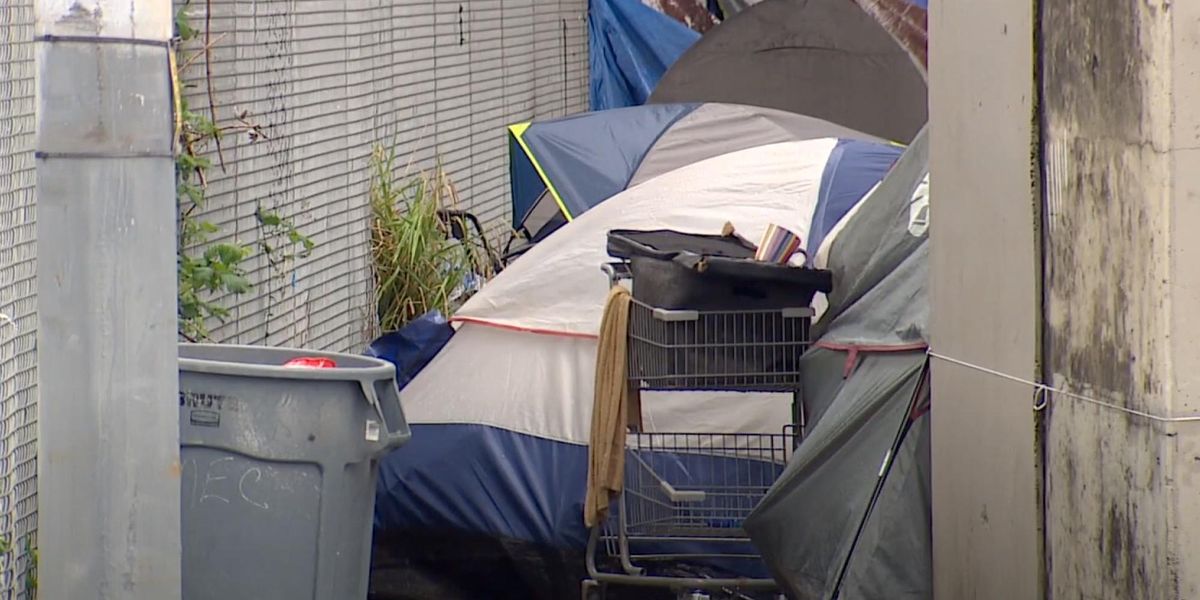 Seattle police say one man raped a pregnant woman after being released in the investigation of a prior rape at the same homeless encampment.

Myron Lee Jacobs is accused of raping a woman at his tent in the encampment near the intersection of Sixth Avenue South and Airport Way South.

Police responded to a medical call at the encampment, and when they arrived, they heard a woman scream for help from a tent. She was “nearly naked” and next to her was a naked man they identified as Jacobs.

He was arrested at the scene, and the woman told investigators she had been beaten and choked before being raped.

Although the King County’s Prosecuting Attorney’s Office found probable cause to charge the man, they had not yet sent the charges to the court on the date of his second hearing on April 28. He was released because of court rules restricting the amount of time a suspect can be held in jail without charges.

Those documents were received after he was already released.

Jacobs is accused of luring another transient woman into his tent where he beat her and then raped her. She was 7-8 months pregnant at the time of the assault.

Court documents say Jacobs told the woman that he knew he would get away with raping her because he had been released for the prior rape in the same week.

That woman somehow caught fire, and was seriously burned while leaving the tent. Jacobs fled on a bike, but police found him at his tent the next day and arrested him for the second rape.

“The really heartbreaking part is that in the time that he was released because the case wasn’t referred to us yet, there was a second rape that happened,” said Casey McNerthney of the prosecuting attorney’s office.

Jacobs was charged with second-degree rape, third-degree rape, and unlawful imprisonment. He is being held at the King County Jail.

KING-TV reported that the department’s sexual assault unit only has six detectives, half of what it had in 2019, due to difficulties in hiring new officers.


Seattle man accused of 2 rapes at encampment in a week

Conservative Talk Host Mark Levin To Moderate Republican Congressional Debates In Florida
What About Times Square?! CNN Goes Ballistic on SCOTUS Gun Ruling
TERROR: Nets Didn’t Care About Abortion Violence Back Then Either
For Your Vacation Home — Or “Staycation Home” — Get A Comfort Update with MyPillow’s Sale On Home Goods, Summer Comforters, And Of Course – Pillows!
STUPID: Toronto’s Largest School Board to Drop Requirements for Specialized School Programs in the Name of Equity