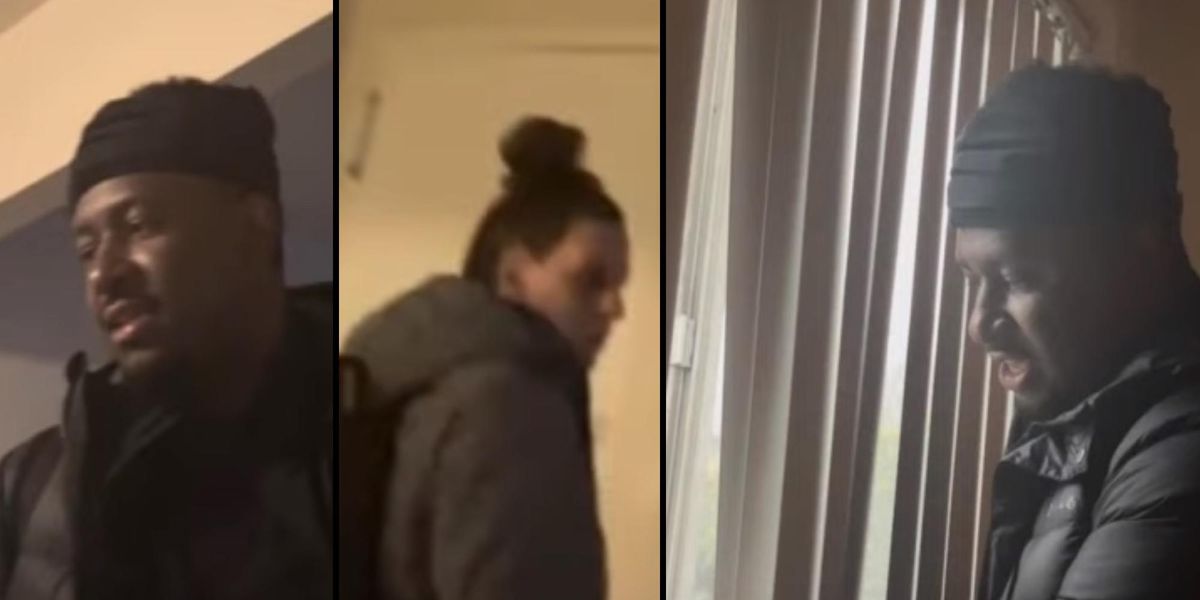 A Maryland couple says they went on vacation and returned to find all of their belongings gone and another couple sleeping in their bed, the only item left in their home.

The bizarre incident unfolded on April 5 when the couple came back to their apartment in the city of Greenbelt. They had been on vacation since March 28.

The first thing they noticed was that their front door was damaged. When they went inside, all of their property was missing, the apartment was completely empty. At that point they began to record video with their cellphones.

The only piece of furniture still in the apartment was a bed. And they found a man and a woman sleeping on it.

The couple says that the two people told them they had taken all their belongings and then got aggressive with them. They fled the apartment on foot.

Missing from the apartment was furniture, food, clothing, even the doors on the kitchen cabinets. They said there were plastic bags filled with items and there was trash on the walls.

The couple believes they lost more than $49k worth of belongings.

“It’s just so devastating to come home from what was probably a really nice vacation and be excited to sleep in your own bed, and then just be totally rocked not only with the fact that someone’s been in your space, but they’ve taken everything,” said Greenbelt City Police Officer Hannah Glasgow to WTOP-TV.

The Greenbelt Police Department is asking for the public’s help in identifying the two suspects that were found in the apartment. One was a black male adult and the other was a white female adult. The police released screenshots from videos that the couple recorded of the suspects before they fled.

Here’s a local news report about the bizarre incident:


Marylanders Return From Vacation To Find Strangers In Bed, Apartment Emptied Out