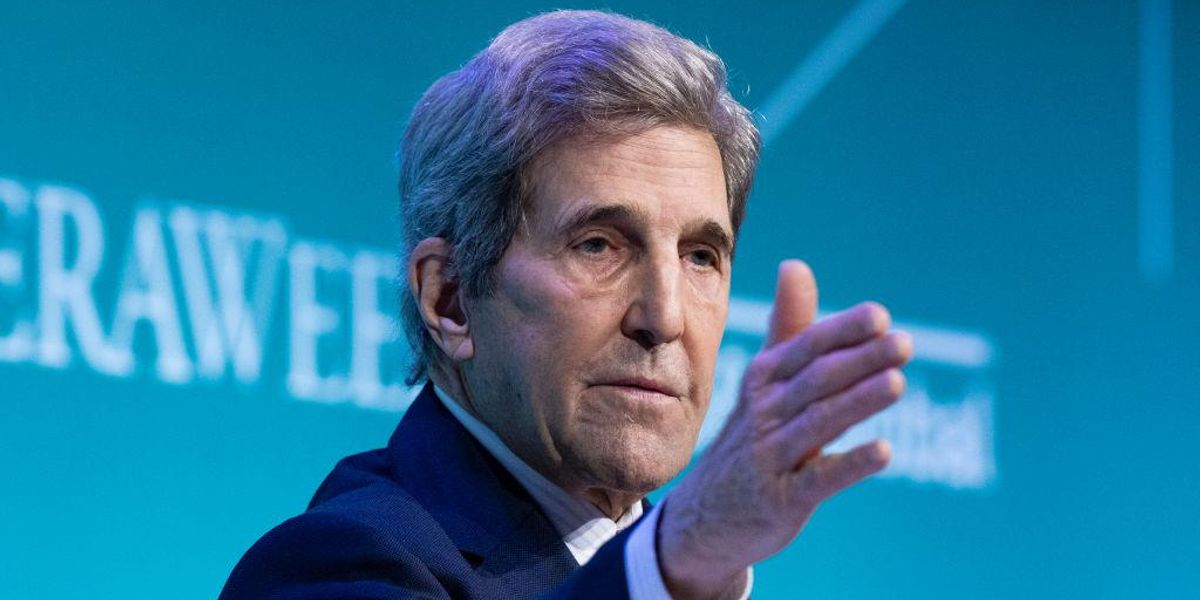 Special Presidential Envoy for Climate John Kerry warned during an interview on Wednesday that “if unabated fossil fuel is allowed to grow in these next years in a significant way … that is a deep, unbelievably costly challenge for the world.”

He made the comment during a virtual event after interviewer Judy Woodruff had said to him, “I hear you saying … as long as … private investors see great returns” out of the fossil fuel industry, it will be difficult to move them away from fossil fuels.

The Biden administration has been dedicated to beating the climate alarmism drum beat.

While delivering remarks at the COP26 climate summit in Scotland last year, President Joe Biden claimed that the issue represents “the existential … threat to human existence as we know it.”

The Biden administration is persisting in peddling climate alarmism even as Americans are getting soaked by soaring inflation and rising prices.

“I know that families are still struggling with higher prices. I grew up in a family where if the price of gas went up, we felt it. Let’s be absolutely clear about why prices are high right now: COVID and Vladimir Putin,” the tweet claimed.

But people on social media pushed back rejecting the president’s explanation of high prices.

“I grew up in a generation when Jimmy Carter told us to turn down our thermostats due to an energy crisis. Biden has returned to the playbook of the 1970s, when presidents told families to suffer instead of addressing the crises CREATED BY THE ADMINISTRATION,” GOP Rep. Mike Johnson of Louisiana tweeted.

Gas prices have risen significantly since Biden took office. As of Wednesday the AAA national average price for a gallon of regular gas was $4.114.