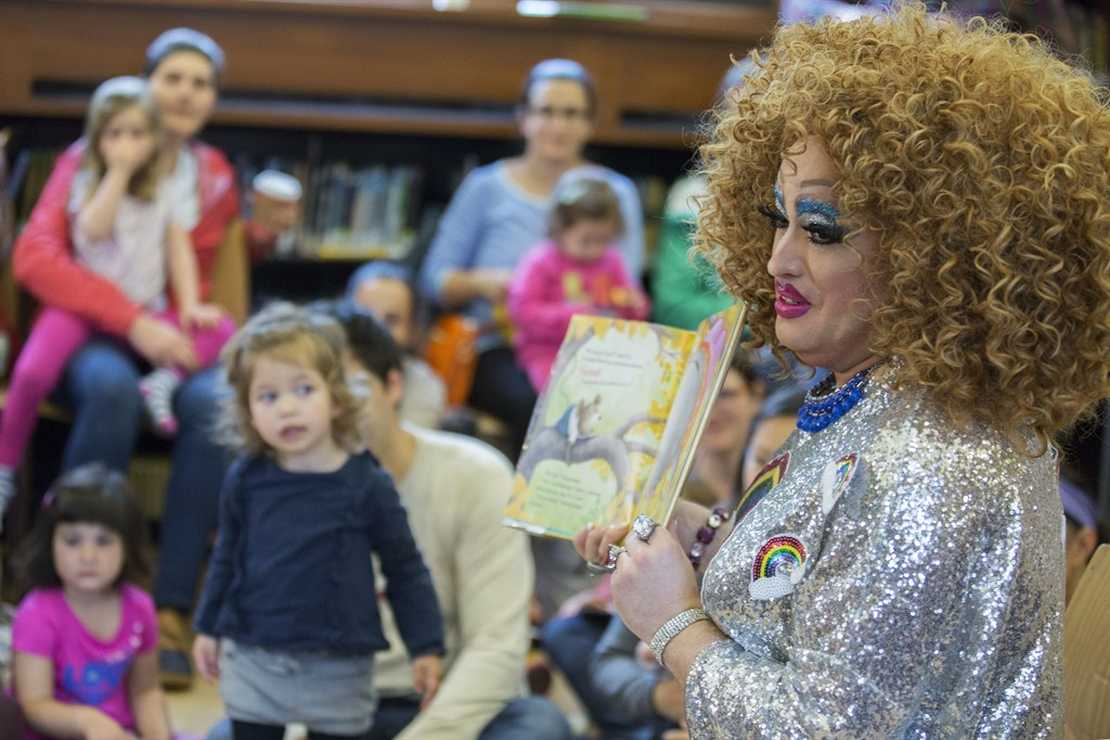 I see you. I know and love many of you, and you love me. In fact, throughout my life, I’ve been drawn to normie gay men and you to me. We always find each other. When I was in college, I found you in my dance classes and we made fast friends and hung out and talked about boys and went out on the town. We went to drag shows, and we starred in plays together. Almost all of the normie gay friends in my life have been musicians or actors. (I never did make friends with any lesbians because, mostly, lesbians weren’t in theater.) There’s a bond between gay men and straight women that doesn’t exist between straight women and lesbians. Nothing against the gals, but I prefer men (obviously). You all brought amazing fun into my life as we would go from one piano bar to another singing our hearts out or taking a second bow in front of a theater full of cheering people.

We ate together, we worked together, and we played together, and never, not once, was sexuality a problem or even a topic of conversation. We just liked each other because we had a lot in common. There is something wonderful about having a platonic opposite-sex date who is into Broadway. Gay men are usually more fun than straight men and are usually up for dancing or going places. One of my best normie gay friends was an accountant in a big firm where I worked. He used to take me to concerts in the park and invited me to Oscar parties where we would wear vintage ladies’ hats from a collection one of his friends had and sip martinis. It was truly fun. But it was he who looked at me in horror one day back in the ’90s when I said, “I don’t see why gays can’t adopt.”

He proceeded to tell me that he was solidly against this idea because of his experience with “the dreaded community” in places like San Francisco, which he said was an environment where children are unsafe. I remember being shocked hearing him say that, and I don’t know if he was right, but I respected his opinion on it since he knew so much more about it than I did. He was a fierce defender of women and children. I learned then that gay people are not a monolith. You don’t all think the same. So why are you letting the gay cultist weirdos speak for you?

Right now, the Gendergeddon cult members are so loud that they are drowning out the normies, who are in the vast majority. And what they are screaming about, what they are proposing—mandatory affirmative care for “trans” kids and the death of free speech for anyone who questions it—are the most terrifying and dangerous ideas to have come along in a century.

Not only do they want to cause irreparable harm to children, but they are also determined to destroy same-sex spaces, and that includes gay mens’ spaces too, friends. Do you want women in your dating pool? That’s where this is all going. Lesbians already know that the trans cult came for them, calling them transphobic if they won’t date a guy with a “lady dick.” No, really. That’s coming for you now too.

Related: Yes, Gender Clinics Are Performing Sex-Change Operations on Minor Children. We Have the Receipts.

Listen to Mr. Menno on this subject. He knows. It’s happening. Women are infringing on gay male spaces. You are being erased, and your sexuality is being denigrated by women who are insisting that you can be gay and like vaginas. Are they crazy? And the more important question is: are you going to take this? Mr. Menno, who has a growing YouTube channel and is awake to the danger, is shouting to the world that this is going nowhere good! He went to a gay mens’ event and was lectured to by a woman in drag about being “gay.”

“I didn’t know what to expect,” he said. “I just felt so pissed off about the whole thing that we’re even in a situation where we’re at a so-called gay mens’ event and you have a woman talking to a bunch of gay men about being a gay man. It’s just absolutely nuts.” I recommend his channel. He’s a refreshing voice of sanity mixed with some fun show tunes and parody songs that he throws in occasionally. He’s a talented, funny, witty, and intelligent man who is a joy to listen to. So many of you are. And none of you that I’ve ever known has ever defined himself by his sexuality. Instead, all the normie gay men I’ve loved have defined themselves by their talents, their good looks and charm, their intelligence, or their wit. I’ve never known any insufferable cult members who wanted to browbeat everyone around them into using unnatural and stupid pronouns.

There’s something else we have to talk about. Many of you who are my age know that gay people had a tough road to convincing the public that they were not dangerous to children. The gay men I know are extremely sensitive to being seen as predatory in any way. So why in the hell aren’t you sounding the alarm bells when the cultists are actually saying out loud that they want to talk about sex and gender cult ideology to little children who aren’t theirs in your name, claiming it will lead to acceptance??? This is grooming behavior that sexual predators use. This is the most damaging thing to be done to the LGBT people and your reputation in decades.

This cannot continue in your name. I know you don’t agree with this. I know you hated seeing little kids participate in drag shows because you know that drag shows are bawdy adult entertainment. But you didn’t get loud enough back then. You have to separate yourselves from this new assault immediately and loudly. And can we just get honest here for a minute? Most of the people doing this to you appear to be far-leftist women. These radical idiots are speaking on behalf of the LGBT community, and they might not even be gay! They’re “allies” or “gay-friendly” or the dreaded “stage moms” pushing their kids into it, or worse, “non-binary,” which is not a thing and should not be allowed in the LGBT car with you.

Children should be protected from sexualization.

If you and I agree on those things, then we should be able to link arms and fight off this pernicious movement that seeks to destroy your right to be attracted to the sex of your preference, the right to sex-segregated spaces, and parents’ rights to have safe learning environments for children. We need your help to save this country. Now is your time to be heroes.

I implore you now, in the names of all the women and children you’ve ever loved (and I know you’ve loved many) to stand up with us now and get loud. We cannot capitulate to this evil ideology that seeks to destroy the wonderful differences between us and pit us against one another. These people who are doing this are not your allies. They are your enemies, and if left unchecked they will harm you and the progress you’ve made to be able to live your lives the way you want to.

I love you all.

(And remember, if you see any hateful comments directed toward you in the comments, they’re trolls from the left who like to pretend to be “conservatives” but who spew hatred. Pay them no mind. I don’t.)

Mother fatally shot ‘at point-blank range’ while pushing baby in pram
Democrats Are Fooling Themselves on the Popularity of Abortion
Kohl’s says a real estate sale is on the table after scrapping deal talks
Column: Kristi Noem Gets Hardball Practice
Supreme Court Delivers 6-3 Victory For Praying Coach Kennedy