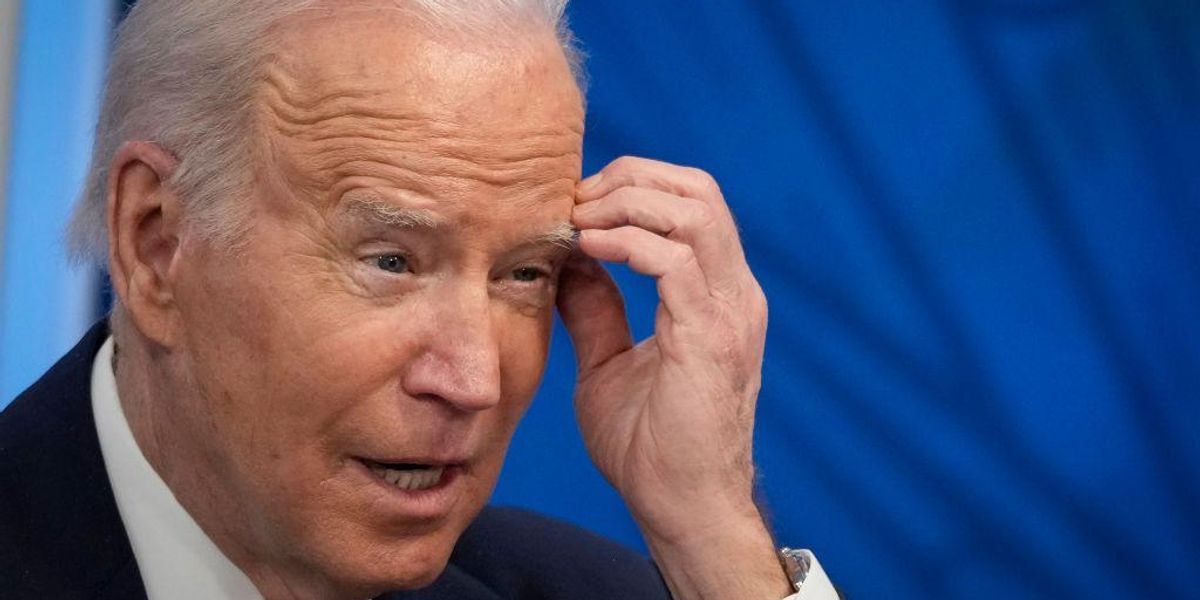 Amid the Russia-Ukraine situation, many on the political right have recently been highlighting a two-year-old tweet posted on the account of then-candidate Joe Biden — the tweet declared that Russian President Vladimir Putin did not want Biden to become America’s president.

Blaze Media’s Jessica O’Donnell responded to the Biden tweet by declaring, “you didn’t even write this tweet. no one is afraid of you. that’s pretty clear today.”

“This has not aged well,” the Republican National Committee noted.

The tweet has been dredged up amid the situation currently unfolding between Russia and Ukraine.

According to the New York Times, the Russian president has ordered troops into separatist regions in Ukraine. Putin commanded his defense ministry to send forces to engage in “peacekeeping functions,” according to a decree, Reuters reported.

President Biden has announced that the U.S. will levy sanctions against Russia for its actions and declarations.

IRS Annual Report Shows Training of Heavily Armed Agents Raiding Suburban Homes (PHOTOS)
Video: NC Lt. Gov. Mark Robinson delivers rousing speech at CPAC calling for conservatives to save America from ‘socialist horde that is trying to drag it down into the pit of hell’
Jeffrey Toobin’s time at CNN comes to an end
4 Key Questions After FBI Raids Trump’s Home
Senior DOJ officials blast FBI raid on Mar-a-Lago as ‘spectacular failure’: ‘The worst of the bureaucracy in action’