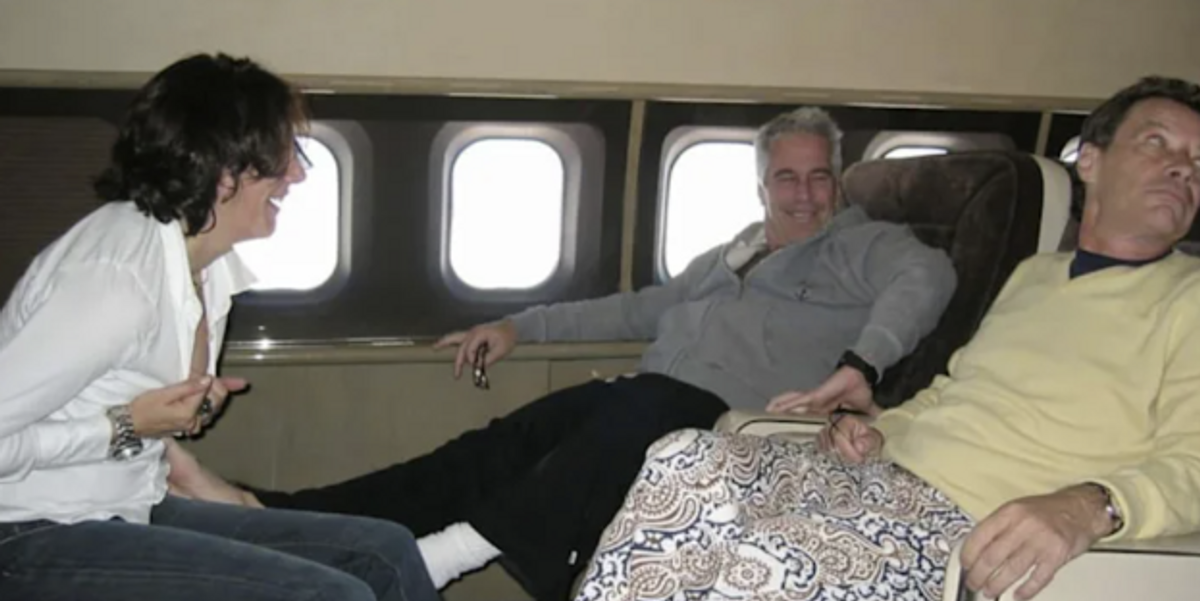 “The former French modeling agent Jean-Luc Brunel was found dead, hanged, on the night of Friday February 18 to Saturday February 19, in his cell in the prison of Health, in Paris, announced the Paris prosecutor’s office,” Le Monde reported.

Le Parisian reported, “According to our information, the septuagenarian was found dead by hanging last night in his cell in the Paris prison of Health. He was found around 1 a.m. during the night patrol. He could not be revived, said a prison source.”

According to both outlets, an investigation has been launched into Brunel’s death by the “third judicial police district.”

“His distress was that of a 75-year-old man crushed by a media-judicial system on which it would be time to wonder,” the lawyers said. “Jean-Luc Brunel has continued to proclaim his innocence. He multiplied his efforts to prove it, reacted His decision was not driven by guilt, but by a deep sense of injustice.”

Brunel had been released on bail last November, but was ordered to return to prison to await trial.

Brunel was an associate and business partner with Jeffrey Epstein.

The Guardian reported, “In the 1990s, Paris-born Brunel was a model talent scout and boss of the agency Karin Models. After he was banned from the agency in European 1999 following a BBC undercover report on abuse in the fashion industry, he moved to the U.S. and founded MC2 Model Management with funding from Epstein. He is credited with discovering a number of supermodels including Christy Turlington and Milla Jovovich.”

Brunel was arrested in December 2020 at Charles de Gaulle Airport in Paris right before boarding a plane for Dakar, Senegal.

“French modeling agent Jean Luc Brunel has been detained in Paris in connection with an investigation of Jeffrey Epstein’s circle of enablers, according to French prosecutors,” NBC News reported at the time. “He was being held for questioning on suspicion of providing underage girls from his modeling agency for Epstein to sexually abuse.”

Brunel was charged with sexual harassment and the rape of minors over 15-years-old.

After his arrest, Paris Prosecutor Remy Heitz said Brunel was “suspected of having committed acts of rape, sexual assault and sexual harassment on various minor or major victims and of having, in particular, organized the transport and accommodation of young girls or young women on behalf of Jeffrey Epstein.”

The Daily Beast reported Brunel’s name “appeared more than 15 times on flight logs for Epstein’s private jet, and photos used as evidence in the case against Epstein confidante Ghislaine Maxwell showed him palling around with her and Epstein.”

Epstein accuser Virginia Roberts Giuffre said in a 2016 deposition, which was made public in 2019, that Epstein and Ghislaine Maxwell had directed her to provide sexual acts for Brunel.

During a 2019 interview on NBC’s “Dateline,” Giuffre claimed Epstein told her that he had slept with “over a thousand women that Brunel brought in.”

Following testimony in June 2021, Giuffre said, “I wanted Brunel to know that he no longer has the power over me, that I am a grown woman now and I’ve decided to hold him accountable for what he did to me and so many others.”

In a 2015 statement, Brunel declared he was innocent.

“I strongly deny having committed any illicit act or any wrongdoing in the course of my work as a scouter or model agencies manager,” he said. “I have exercised with the utmost ethical standard for almost 40 years.”

Epstein killed himself in 2019 in his jail cell at the Metropolitan Correctional Center in Manhattan while awaiting trial on charges related to the sex trafficking of minors, according to the New York City chief medical examiner.