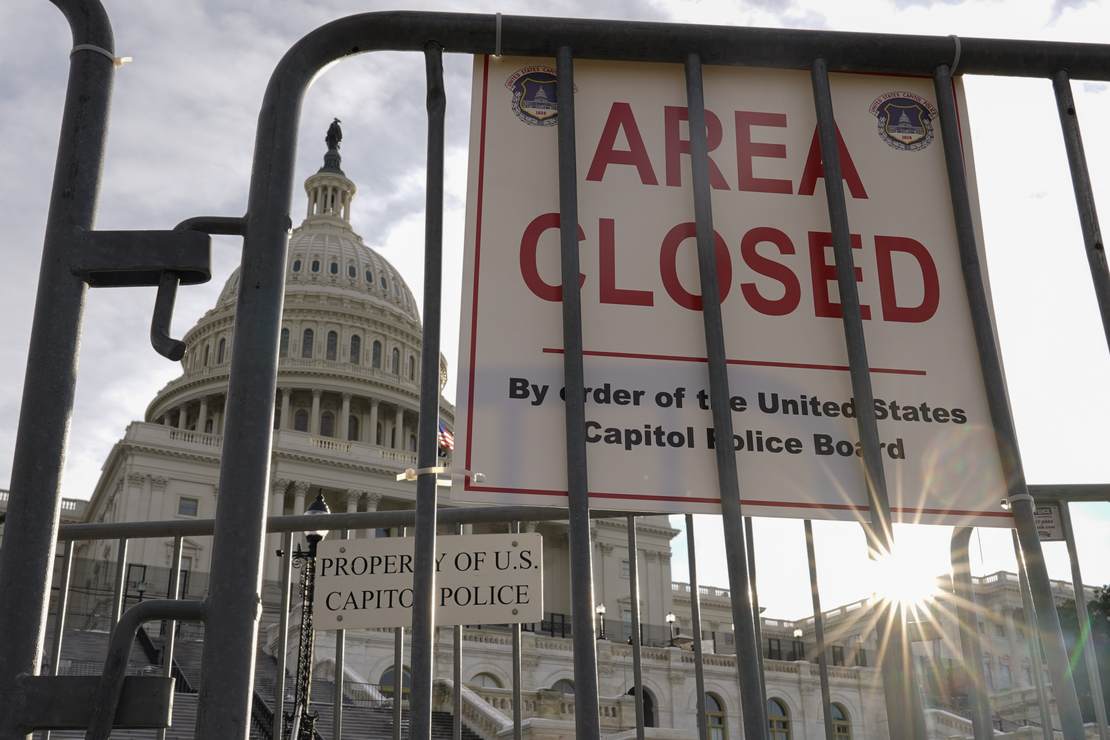 Joe Biden’s first State of the Union speech will be given to a joint session of Congress on March 1. He will be protected by the usual coterie of Secret Service agents and uniformed Capitol police.

The president will also be protected by a chain-link fence topped with razor wire surrounding the Capitol. The fence that was put up in the aftermath of the Jan. 6, 2021, riot only came down in July after constant complaining by Republicans that it was serving more of a political purpose than any possible security scenario.

But because of the riots, the burnings, and the violence that happened in Ottawa, Canada when a Freedom Convoy of trucks protested vaccine mandates…oh wait. There was no violence. At least not on the part of protesters.

Police and their horses were a different story.

The fence is the same barrier that remained around the Capitol for months after the Jan. 6 riiot [sic] and during the “Justice for J6” rally.

In a statement, a Capitol Police spokesman said the agency was working closely with the Secret Service on a plan for the March 1 speech.

“The temporary inner-perimeter fence is part of those ongoing discussions and remains an option, however at this time no decision has been made,” the spokesman said.

At least they’re not going to build a whole new fence. But the fact that they had it in storage is sort of unnerving. Are they going to trot out the fence every time they want to make a political statement about “violent right-wingers”?

At any rate, it’s unclear whether the threat of protests at the State of the Union speech is real or not.

Earlier this month, the Department of Homeland Security told other law enforcement partners that U.S truck protests could be taking place, possibly impacting both the Super Bowl on Feb. 13 and the State of the Union, which is scheduled for March 1.

The department “has received reports of truck drivers potentially planning to block roads in major metropolitan cities in the United States in protest of, among other things, vaccine mandates. The convoy will potentially begin in California early as mid-February, potentially impacting the Super Bowl scheduled for 13 February and the State of the Union address scheduled for 1 March,” according to a memo obtained by The Hill on Feb. 9.

We’re going to have to get used to this kind of hysterical reaction to people wanting to exercise their free speech rights at the Capitol. After all, look how close we came on Jan. 6, 2021, to having the government overthrown! It was a very close call.

But we needn’t worry. Biden will make sure the truckers don’t step on his big speech even if he has to arrest them and throw them in jail.

It worked for Trudeau. Now if only Biden can get the Capitol police to use some of their mounted troops to do some trampling.