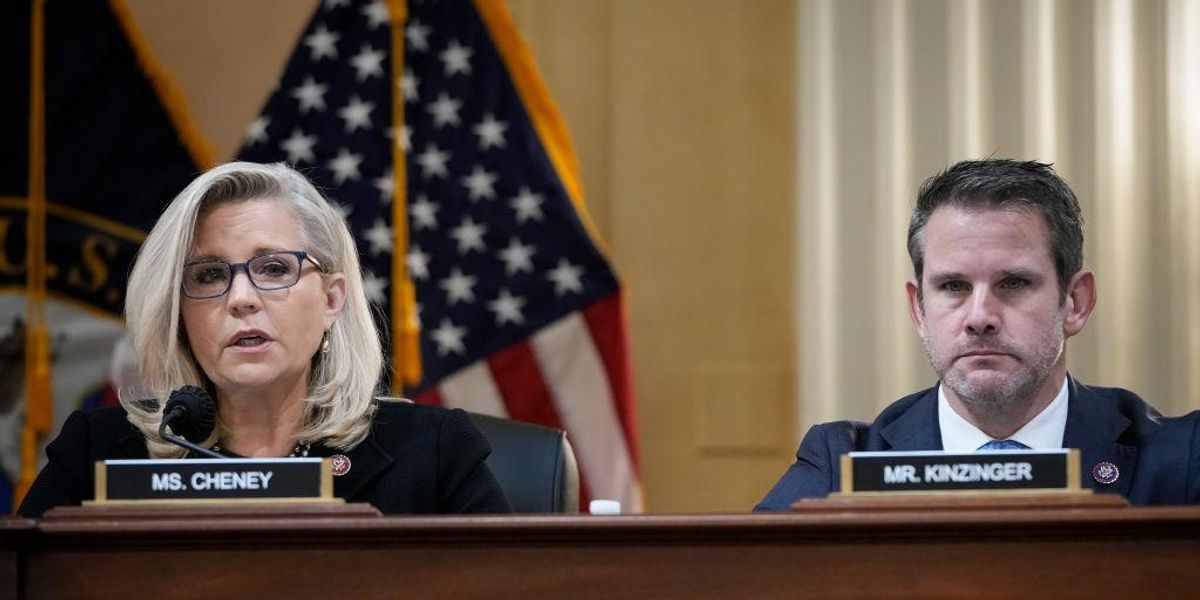 Marc Racicot, a former Montana governor and former chair of the Republican National Committee, has written a letter to current RNC Chair Ronna McDaniel calling for her to lead the committee in reversing course on the recently passed resolution censuring GOP Reps. Liz Cheney of Wyoming and Adam Kinzinger of Illinois.

Both Cheney and Kinzinger have been been outspoken critics of former President Donald Trump, and they are the only two Republicans serving on the House select committee tasked investigating the Jan. 6 Capitol riot.

“My suggestion and request is that you lead the Committee through the process of withdrawing and dismissing the RNC Resolution rebuking and deserting Representatives Liz Cheney and Adam Kinzinger. I urge the pursuit of this remedy with the understanding that we’re human, that politics is a competitive enterprise and that sometimes we make mistakes. But I also believe in such a situation the final measure of our character is whether we have the insight and courage to humbly and honestly correct them,” Racicot wrote.

Racicot told McDaniel that he believes she and other RNC members will regret the passage of the censure resolution.

“Based on my decades of engagement in Republican politics, my intuition tells me that you and the other members of the RNC will come to regret, if you don’t already, the passage of the RNC Resolution. It appears possible, and maybe even probable, that the RNC Resolution, with its incendiary language and histrionics, has advanced the very threat that you accuse Representatives Cheney and Kinzinger of creating, namely the diminution of the chances for Republican electoral success in 2022,” he wrote.

Kinzinger is not seeking re-election this year.

Cheney is seeking another term in office, but faces the added hurdle of competing against Trump-backed challenger Harriet Hageman during the primary.