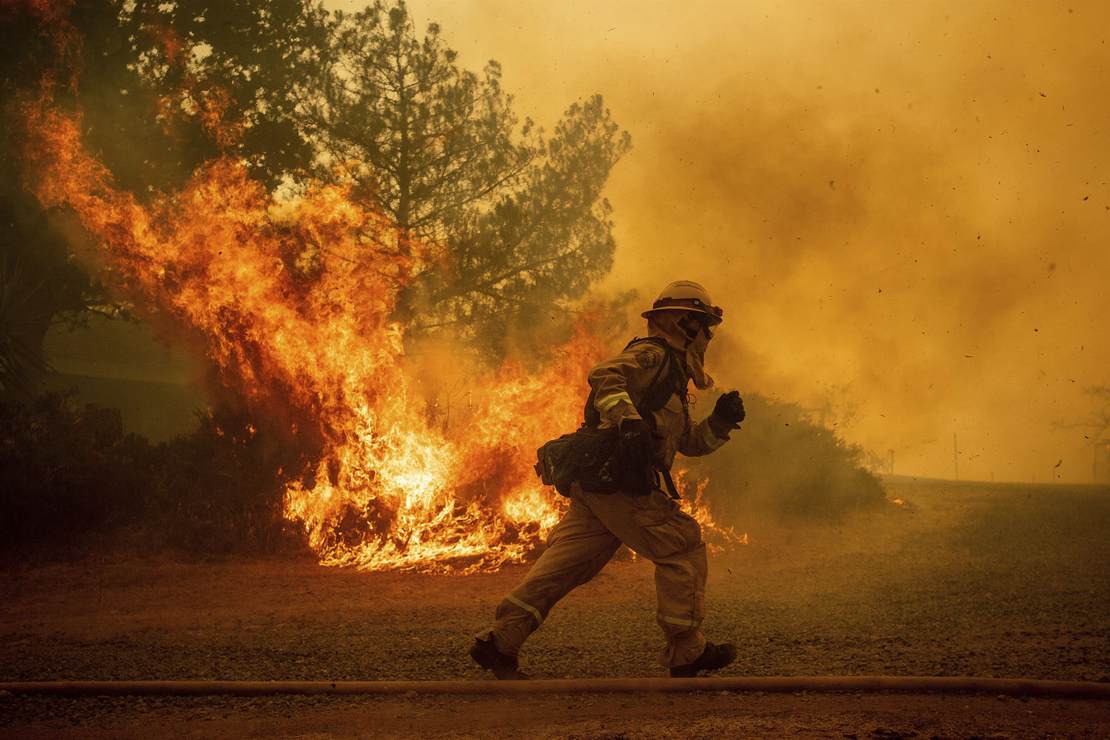 Residents of scenic Laguna Beach, Calif. woke up Thursday morning to the startling news that a brush fire had begun ravaging the Emerald Bay area, prompting evacuations and threatening houses at one point, according to the Orange County Register.

While evacuations are still in place as of Thursday afternoon for the fire that is at 5% containment as of this writing, thankfully no structures have been damaged or destroyed yet.

The area has not burned since 1993, and fire season is typically in summer and early fall. It’s apparent that fires are now a year-round occurrence, and Californians need to be aware of their state government’s questionable response to the challenge.

Laguna Canyon has not burned since 1993. Very bad situation here with the winds. My childhood home where my mom still lives is minutes away from here and the ‘93 fire was about to hit us before the winds changed and blew it towards Turtle Rock. Keeping an eye on this. 🙏🏻 https://t.co/SLpakYPvis

A report from Capital Radio in June 2021 revealed that Gov. Gavin Newsom “misled” Californians about how successful wildfire prevention under his administration would be, including a claim that an executive order helped manage 90,000 acres. In reality, it was 11,399 acres and initially cut $150 million from Cal Fire’s prevention budget.

“An investigation from CapRadio and NPR’s California Newsroom found the governor has misrepresented his accomplishments and even disinvested in wildfire prevention. The investigation found Newsom overstated, by an astounding 690%, the number of acres treated with fuel breaks and prescribed burns in the very forestry projects he said needed to be prioritized to protect the state’s most vulnerable communities. Newsom has claimed that 35 “priority projects” carried out as a result of his executive order resulted in fire prevention work on 90,000 acres. But the state’s own data show the actual number is 11,399.”

Two months earlier, the governor signed a $536 million package to tackle fires, but there seems to be little follow-up on whether that investment was successful. And shortly following the recall election, he signed a jaw-dropping $15 billion package into law that would supposedly help the fire situation.

“Building on a $536 million early action package in April ahead of peak fire season, an additional $988 million in 2021-22 will fund projects to reduce wildfire risk and improve the health of forests and wildlands,” the governor’s website states.

There has been minimal follow-up on whether or not this money is actually serving its intended purpose. Californians should not have to cross their fingers and pray that politicians are actually telling the truth on such a serious issue.

When the phrases “climate change” or “climate crisis” are used as umbrella terms to describe constant fires in California, it ignores the specific problem. It does nothing except placate liberal activists without acknowledging that some intervention in forests is a good thing when people live nearby.

Politicians can throw tons of cash at the issue, but that does not change the state’s restrictive forest management policies. Sacramento would rather have decisions made by city slickers in the Bay Area than people who actually understand land management.

Farmers and ranchers of rural Northern California and the Central Valley would doubtless like more of a say in the matter, as well as suburbanites in Orange County, but anyone to the right of Noam Chomsky is not taken seriously at the state capitol.

Wildfires are a part of nature, but there are tragic consequences when they are allowed to disrupt everyday life repeatedly. Both state and federal lands need to be managed more thoroughly, which means fewer buzzwords from Democratic politicians and more tangible actions from people with shovels and chainsaws.

The Liberal Media and the Criminalization of American Politics
Horrific crash in LA: Cars burst into flames, killing 6, including infant, pregnant woman, and unborn baby
SpaceX raises another $250 million in equity, lifts total to $2 billion in 2022
Man attacked a woman with a hammer, shot her in the face and then abducted her 10-year-old daughter, police say
Is This Trump’s Moment to Officially Announce His 2024 Candidacy?