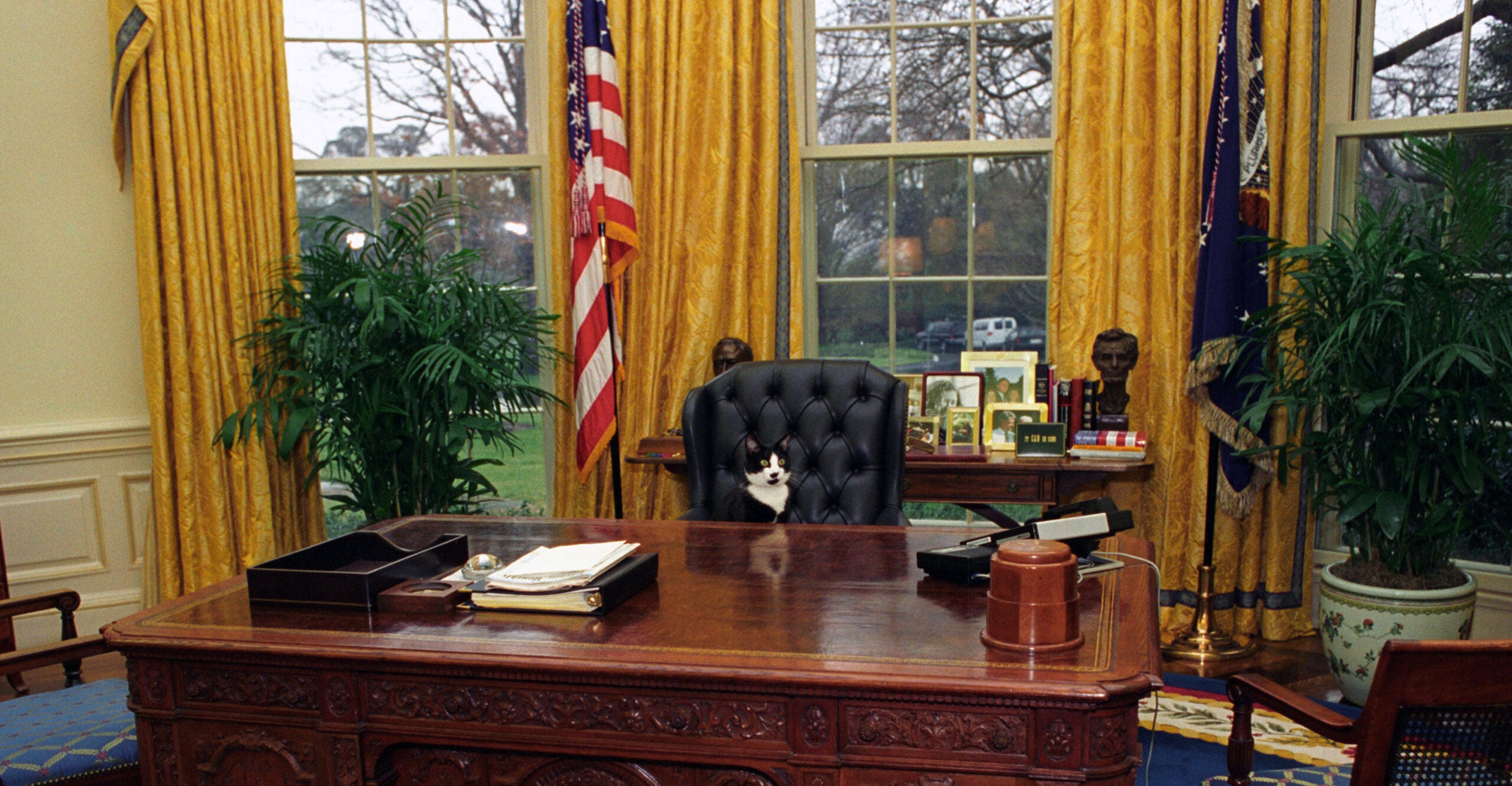 One of the memorable scenes in the 1993 movie “Dave” involved the president and first lady walking their dog in front of the cameras and promptly dumping him on staff when they walked into the White House.

Having a pet is an easy way to get positive press that “humanizes” any politician, so almost every president does it—and milks it.

For example, there was Socks the cat, who came in with the Clintons in 1993. Then the Clintons added Buddy the dog at the end of 1997, weeks before the Monica Lewinsky scandal broke. Hillary Clinton came out with a children’s book in 1998 titled “Dear Socks, Dear Buddy: Kids’ Letters to the First Pets.” But when they left office in 2001, the Clintons took Buddy to New York, and Socks got left behind with Clinton aide Betty Currie.

This promotional wave happened all over again on the last Friday in January, when the Bidens announced they were bringing a cat named Willow to the White House. All three networks announced the news. NBC offered several syrupy stories from Kelly O’Donnell, its senior White House correspondent. She was a stenographer to pet power.

It’s a little embarrassing that ABC gave this happy “cat’s out of the bag” story 45 seconds on “Good Morning America,” which Geoffrey Dickens of NewsBusters reports was twice as much time as the 23 seconds ABC’s morning and evening newscasts devoted to the torture and genocide of the Uyghur Muslims in communist China. Because apparently, genocide doesn’t go with toast and jam—or with Disney sucking up to China.

Maybe it would be rude to combine genocide and pets. But that’s what MSNBC did to then-President Donald Trump in 2018. The media savaged Trump for refusing the pet pattern, especially when he called someone a “dog.”

On MSNBC’s “The 11th Hour,” disgraced ex-NBC anchor Brian Williams noted, “We launched an extensive web search that took us at least a few minutes and could only find one photo in all the land of Donald Trump with a dog.” Williams wondered if this was because Trump was a “germaphobe.”

Washington Post reporter Philip Rucker added, “He’s actually the first president in more than 100 years who has not had a dog as a pet in the White House.” Then he said Trump using the word “dog” as an insult is “deadly serious” in “dehumanizing his enemies” because “there’s a long history of authoritarian leaders who have used these animalistic slurs as insults to dehumanize individuals or groups of people. During the Holocaust, the Nazis would call Jews rats.”

By contrast, Willow the cat drew gushes on “The 11th Hour” from usually scowling fill-in host Mehdi Hasan. “Forget SCOTUS. The hashtag #COTUS has been trending all day after the first cat finally made her White House debut. Willow is a 2-year-old gray and white tabby named after the first lady’s hometown of Willow Grove, Pennsylvania,” he said.

Hasan noted White House press secretary Jen Psaki was asked if we’ll be seeing Willow in the briefing room, and she tweeted, “She has a standing invitation. It would be purr-fect.” He touted, “Comedy gold there from the press secretary.”

Presidents should feel free to bring a pet to the White House—or resist the syrupy stories and abstain. But even on the lightest topics, the liberal media can ably demonstrate the clunkiest partisan double standard of light and dark, of cloying sugar and ranting acid.