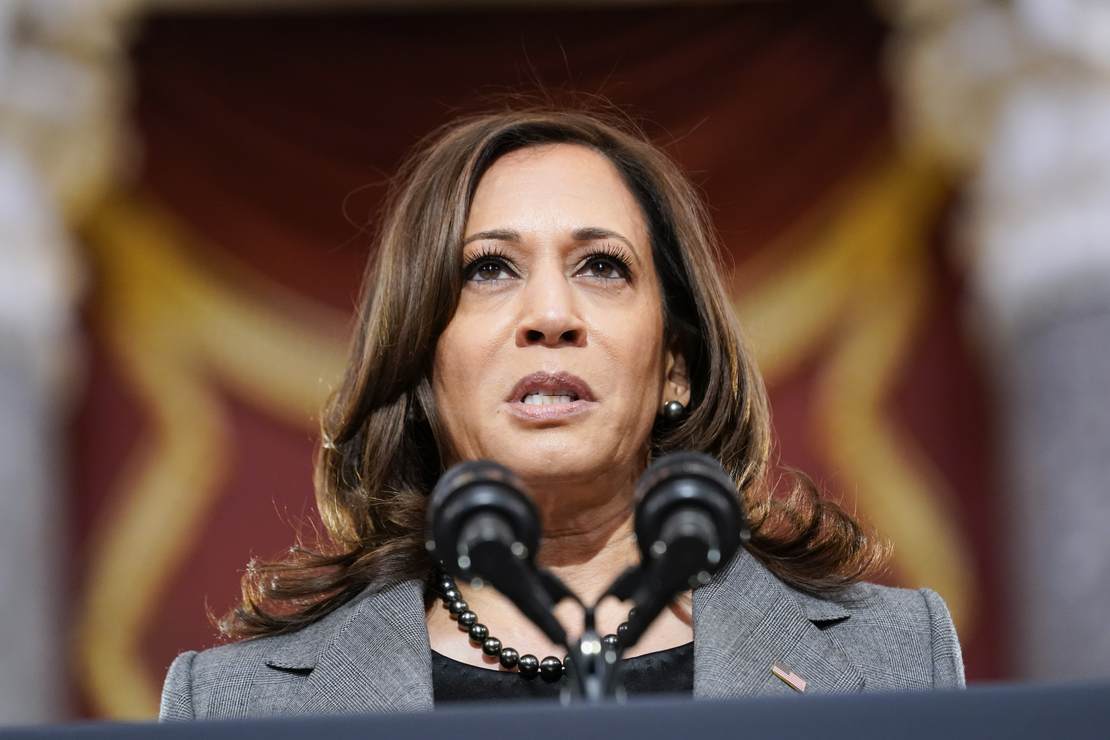 Everyone knew it would be an affirmative action pick. Biden has made no attempt to hide it. It was practically a campaign gimmick, as he pledged during a primary debate to make up for his being an old white man by appointing a black woman to the Supreme Court.

“Number one, I committed that if I’m elected as president and have the opportunity to appoint someone to the courts, I’ll appoint the first black woman to the court. It’s required that they have representation now — it’s long overdue.”

“I’ll appoint the first Black woman to the Court. It’s required that they have representation now — it’s long overdue.”

“I’ll appoint the first Black woman to the Court. It’s required that they have representation now — it’s long overdue.”

Biden affirmed his commitment to making an affirmative action pick to the court—a decision slammed by Harris Faulkner of Fox News.

“Race is at the heart of just about everything we see from the left right now. It is so much in the nomenclature of politics that are most divisive in America right now, not bringing us together. Would this further divide?” she asked.

But then Faulkner speculated who Biden might pick. “So this person has to be a woman, she has to be black and she’s gotta be younger. Anybody thinking what I’m thinking,” she asked. “They don’t know what to do with Kamala Harris in the White House right now. And I can’t be the only person seeing this.”

She’s not. There’s plenty of speculation on social media about it.

Related: What Finally Got Breyer to Retire?

Bill Kristol, for example, tweeted a ridiculous scenario that Biden would nominate Harris to the court, then pick Mitt Romney as his new vice president.

I honestly can’t tell if he was joking or not. But aside from this, in many ways, the Kamala-Harris-to-the-Supreme-Court theory makes sense. Joe Biden’s poll numbers are terrible, but so are Kamala Harris’. She is so unpopular that the media has been speculating for months now that, should Joe Biden not run for reelection, someone besides her might be the party’s nominee.

Politically, even though she’s scraping the bottom of the barrel, she’s peaked. But, while I probably normally agree with Harris Faulkner, I actually agree with CNN’s Chris Cillizza on this issue. Hey, there’s gotta be a first for everything, but he quickly dismissed the Kamala/SCOTUS theory. He argues, however, that she’s chosen a life in elected office, and that she’s favored to replace/follow him. He also says that there are plenty of credible candidates already in the judiciary.

None of those are the strongest reasons. A spot on the Supreme Court is a pretty good gig, between it being a lifetime appointment and the fact that carries huge influence, that she would take the nomination if offered. Contrary to Cillizza’s assessment that she’d be a shoo-in for the presidency if Biden doesn’t run for reelection, her numbers are really bad. So getting on the Supreme Court and not having to win the approval of voters who frankly don’t like her might actually appeal to her.

But she won’t be offered it. I’ve pointed out in the past that it was unlikely that Joe Biden actually wanted her on the ticket. Before Biden announced his candidacy, Kamala also said she believed the women who accused him of sexual misconduct. “I believe them and I respect them being able to tell their story and having the courage to do it,” she said. Her most significant moment of the primary campaign was when she essentially accused him of being racist. But he needed a black woman on his ticket to make up for his unfortunate status as an old white guy, and probably to make up for his decades of racism. Do you think there’s a reason Kamala’s allies believe Joe Biden set her up to fail with “trash” assignments like the border crisis and election reform?

So ultimately the question is: Why would Biden reward Kamala Harris with a lifetime appointment when he doesn’t really like her? Spare me the denials from the White House that there’s any tension between them. We know there is. While many would point out that Biden is by no means the true decision-maker in the White House, if the tensions between them are real (as I suspect they are), there’s no reason to believe Biden would do this. Especially considering that he’s likely not going to run for reelection. If he doesn’t run, Harris will have to make the case for candidacy again, and we all know how well that worked for her last time.

All this talk about Harris being picked to replace Breyer is a distraction. So if you ever entertained this as a possibility, it’s time to move on. It won’t happen.