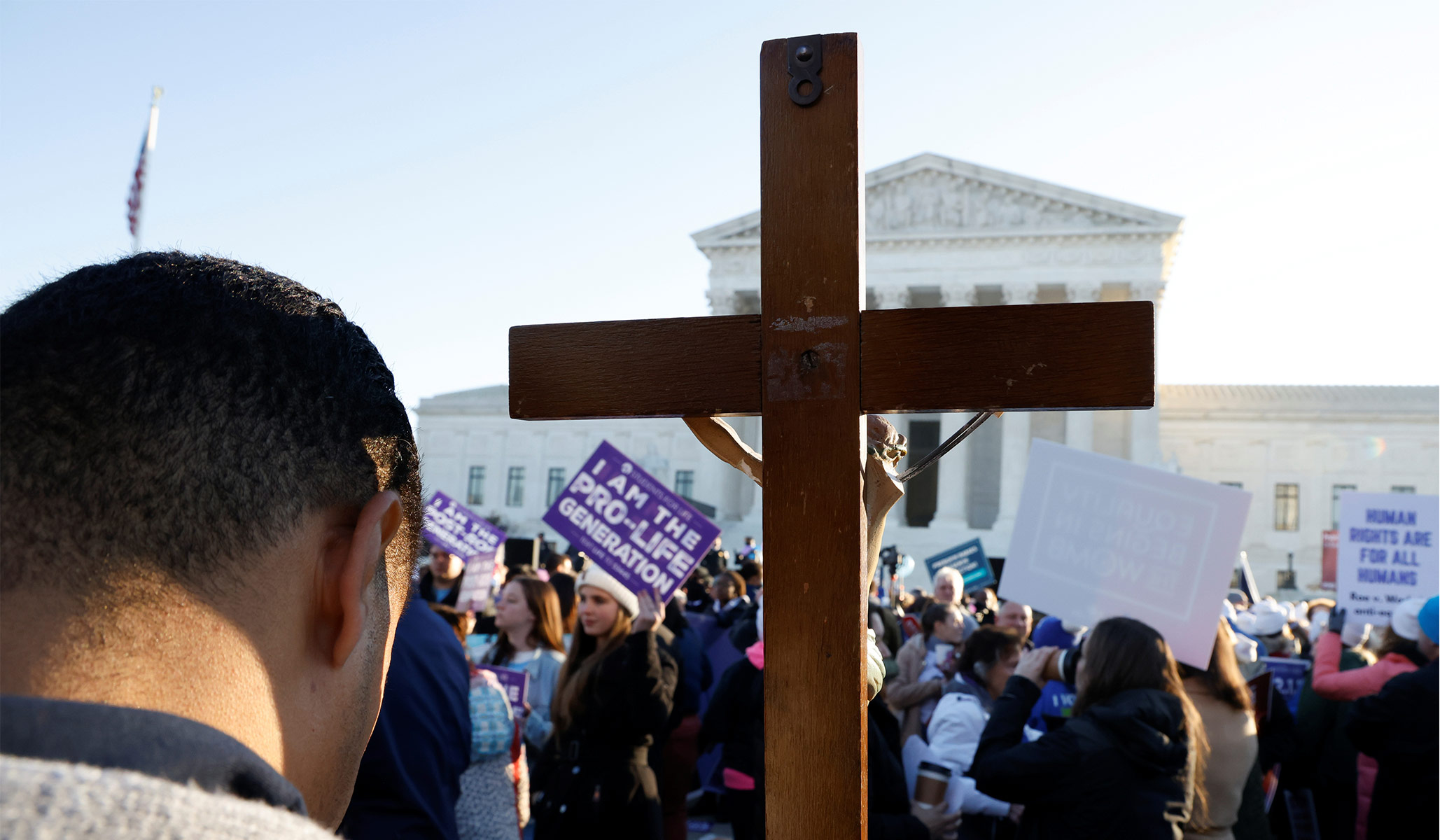 During yesterday evening’s Vigil for Life at D.C.’s Basilica of the Immaculate Conception, ahead of today’s March for Life, pro-abortion lobbying group Catholics for Choice projected an image against the front of the church that read, “1 in 4 abortion patients is Catholic.”

In a follow-up fundraising email this morning, the group’s president labeled pro-lifers “anti-choice activists,” claimed that most Catholics support Roe v. Wade, and asserted that “the March for Life twists our faith to villainize people who seek abortion services.”

Evidently, the leaders of “Catholics” for Choice are unfamiliar with Church teaching not only on the grave moral evil of abortion but also on the primacy of mercy and the sacrament of reconciliation, both of which insist on welcoming with open arms anyone repentant who has been involved in an abortion.

Whenever I comment on this abortion-advocacy organization, people point out that its members should simply leave the Catholic Church — they could easily continue being rabidly pro-abortion if they did so, without the baggage of the Church’s millennia-old stance against lethal violence that ends the lives of innocents.

But that stance is precisely why “Catholics” for Choice exists. The group’s leaders could very easily leave the Church; in effect, they already have. They purport not to have done so very intentionally, because their endgame is not first and foremost to advocate abortion. There are countless advocacy groups doing just that. This particular group serves the function of obfuscating Church teaching, attempting to silence the world’s loudest and most consistent voice against the evil of abortion, purportedly from “within.” The organization exists not just to celebrate abortion but to obfuscate the Church’s affirmation of the value of every human life.