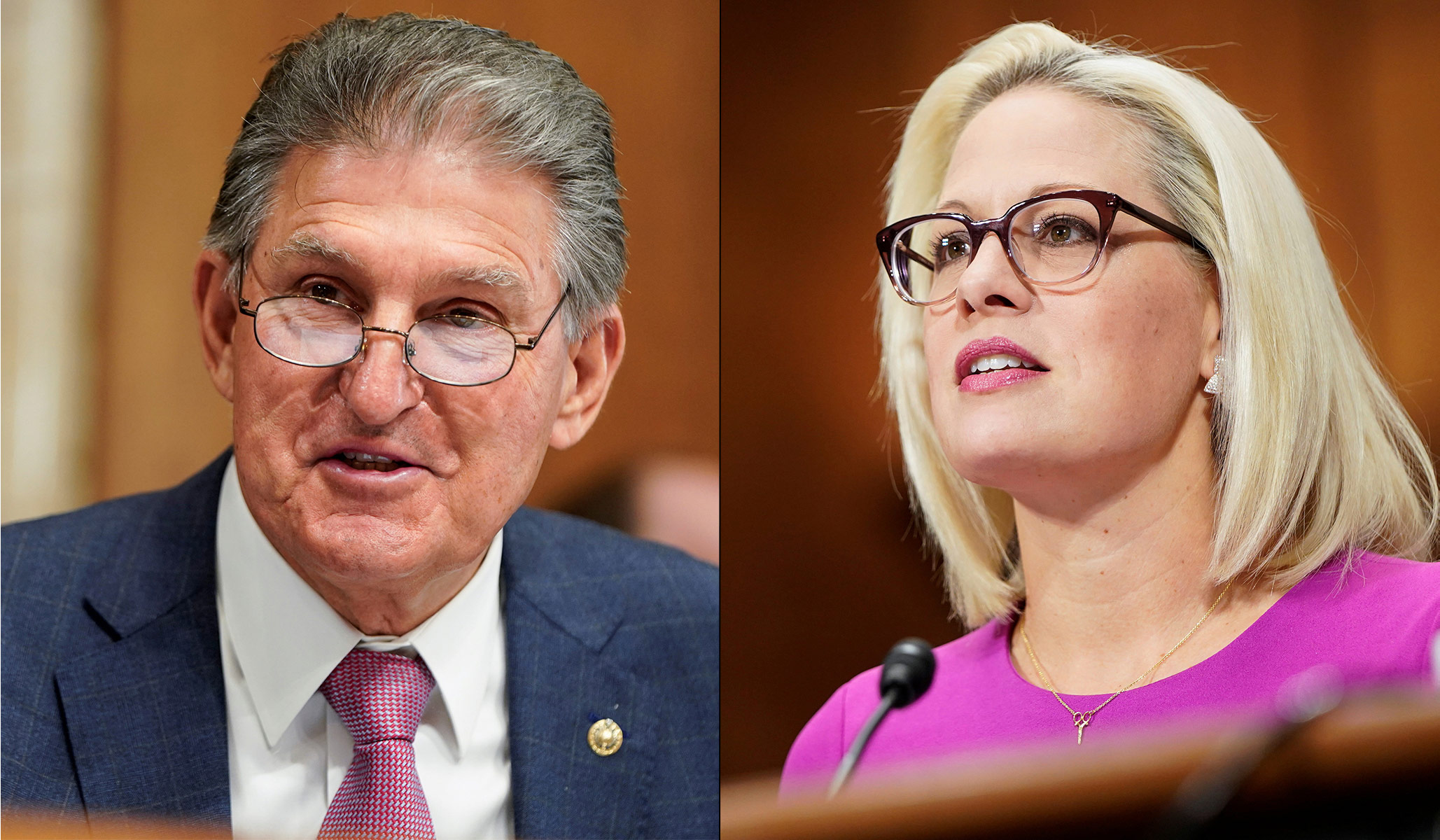 What Kyrsten Sinema and Joe Manchin did in saving the filibuster last night was not only correct on the merits, it was brave. It’s not easy to buck your entire party, plus the press and the entertainment industry, and it’s especially tough to do so when you agree with the policies that you’re indirectly allowing to be blocked. That, nevertheless, the pair chose to vote their consciences is admirable.

For taking their stands, Sinema and Manchin are already being pilloried — hell, last night, Robert Reich fantasized about slapping Sinema — and they will now face a long train of abuses and unpleasantness. Sinema has lost the support of EMILY’s list, and Manchin has acknowledged that he may be primaried. Because he knew that he didn’t have the votes, Chuck Schumer’s play was explicitly designed to shift focus onto the two senators, and he succeeded. That focus, alas, will be harsh and broad-based.

We complain a lot about our politicians in America — and, of course, I have many of my own complains about Sinema and Manchin — but we ought to take a moment to appreciate what happened last night. As has been made clear during the last year, both Sinema and Manchin believe genuinely that the changes their party has proposed would weaken the institution to which they belong. So they said “No.” For that they deserve our thanks.

When Is a Book Too ‘Sexually Explicit’ for Adolescents?
Network Special Reports Trumpet Beto Making a Scene at Uvalde Presser
The Law and Racism
FBI Reveals How Many Active Shooters Were Stopped by Citizens
Stocks making the biggest moves midday: Dick’s Sporting Goods, Nordstrom, Wendy’s and more