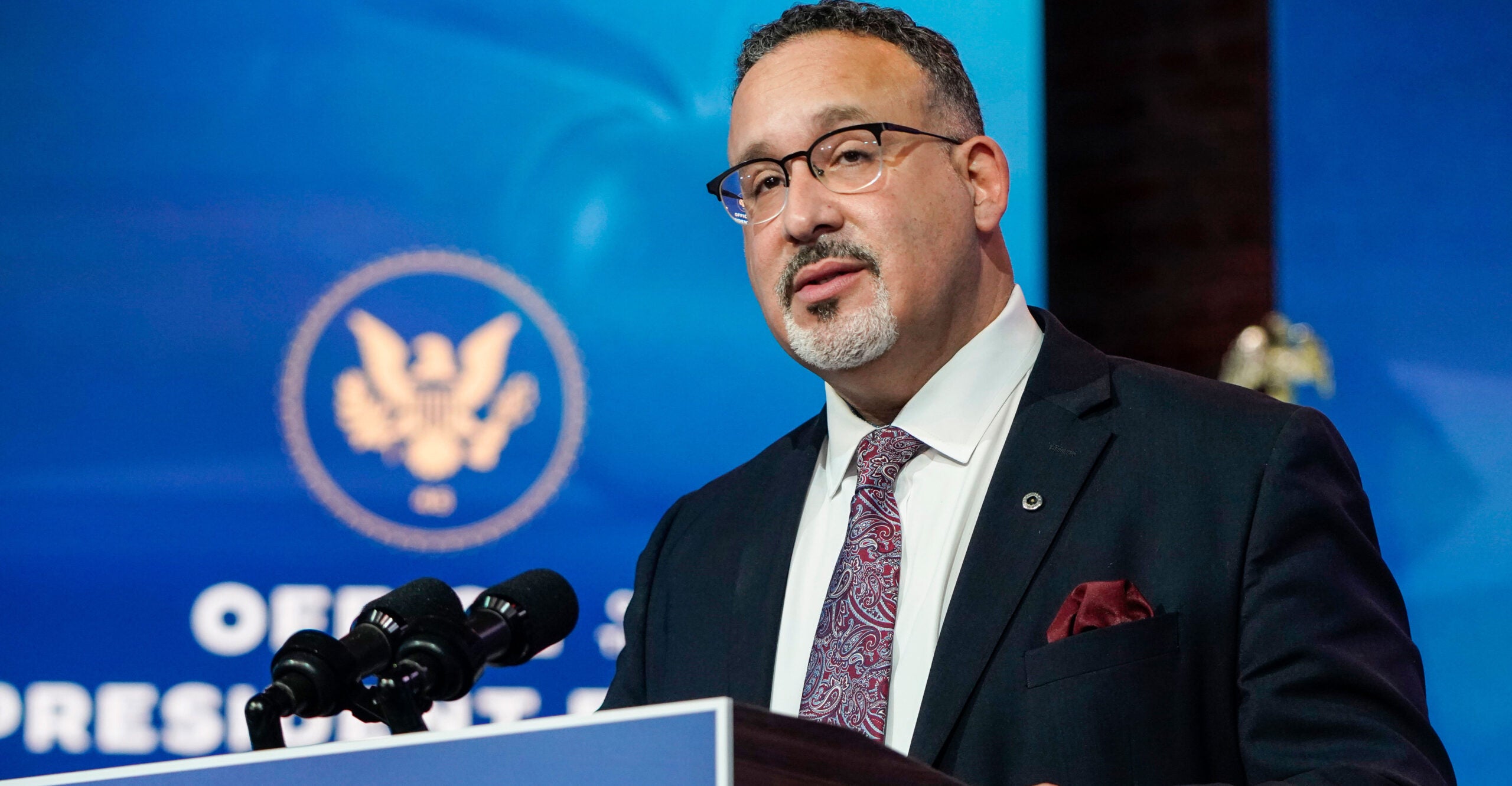 “Chip [Slaven, then-interim executive director of the NSBA] told the officers he was writing a letter to provide information to the White House, from a request by Secretary Cordona,” National School Boards Association Secretary-Treasurer Kristi Swett told Association member Marnie Maldonado in early October 2021, according to emails obtained by Parents Defending Education through a public records request.

The emails show collaboration between the Department of Education, Department of Justice and the National School Boards Association, which advocated for the federal government to monitor and intervene in the activities of concerned parents regarding their children’s education.

A late September letter from the National School Boards Association asked the Biden administration to use statutes such as the USA PATRIOT Act to stop threats and violence directed toward school board members over actions that could be “the equivalent to a form of domestic terrorism and hate crimes,” according to the now-deleted letter.

“America’s public schools and its education leaders are under an immediate threat,” the National School Boards Association wrote in the letter. The letter asked for “federal law enforcement and other assistance to deal with the growing number of threats of violence and acts of intimidation occurring across the nation.”

Four days after the National School Boards Association letter was sent, Attorney General Merrick Garland issued a memorandum that called on the FBI to “use its authority” against parents who threaten or use violence against public school officials.

Garland said there has been a “disturbing spike in harassment, intimidation, and threats of violence against school administrators, board members, teachers, and staff.” He directed the FBI to work with each U.S. attorney and leaders “in each federal judicial district” to address threats within 30 days of his statement.

“From the very beginning, the targeting of concerned parents has been nothing short of a witch hunt orchestrated by partisan demagogues in the White House, Department of Justice, and the Department of Education,” Republican North Carolina Rep. Virginia Foxx, the top Republican in the House Education and Labor Committee, said in a Tuesday statement. “Today’s news … confirms this as a fact. To put it simply, this administration is the purveyor of new-age McCarthyism.”

“This pattern of behavior displayed by the Biden administration – let alone the Secretary of Education – is what one could expect from a political arsonist. It should be nipped in the bud entirely,” she added.

Email correspondence and a memorandum obtained by Parents Defending Education showed the White House was in communication with the NSBA for “several weeks” before the National School Boards Association letter became public.

Earlier in September, state school board members were allegedly informed that the organization “was preparing to send a letter to the president” following “a meeting with White House staff that morning.”

National School Boards Association chief executive Chip Slaven informed members in a late September email that during “talks over the last several weeks with White House staff, they requested additional information on some of the specific threats, so the letter also details many of the incidents that have been occurring.”

Maldonado told Swett of her concern about the “tone” of the National School Boards Association statement “that essentially allowed the White House to direct the Attorney General to consider members of our community ‘domestic terrorists.’” Swett said she agreed that the group should “focus on civility,” and she said that they “should be looking to our local law enforcement to protect board members and deal with threats of violence.”

Before the letter was sent, Garland testified that he could not “imagine any circumstance in which the Patriot Act would be used in the circumstances of parents complaining about their children, nor … a circumstance where they would be labeled as domestic terrorists.”

A Department of Justice whistleblower leaked documents in November that showed the FBI ordered personnel to compile parent threat assessments through the creation of a “threat tag” titled “EDUOFFICIALS” to track threats against school officials, according to a joint statement sent on behalf of the Assistant Directors of the Bureau’s Criminal Investigative Division and the Counterterrorism Division the day before Garland’s testimony.

“If this allegation is true, Secretary Cardona must be held accountable. It would mean a grave breach of public trust and a clear threat to parents’ rights everywhere,” Parents Defending Education founder and president Nicole Neily said of the latest email release. “Attorney General Merrick Garland repeatedly stated that he based his memo, which mobilized the FBI and US Attorneys, on the NSBA letter. This alleged coordination between Secretary Cardona and the Department of Justice is deeply concerning.”

Democratic lawmaker calls Republican Sen. Ted Cruz a ‘f[***]ing baby killer’ in the wake of a deadly Texas school shooting
Liberal Media Silent on Left’s Long History of Racism: Laughably Blames Tucker Carlson and Fox
Texas school shooting: Victim’s dad wanted to charge in as police waited outside for up to an hour
Biden Admin Takes Steps Toward a Digital Dollar
Automakers are jacking up prices on electric vehicles to bake in rising materials costs