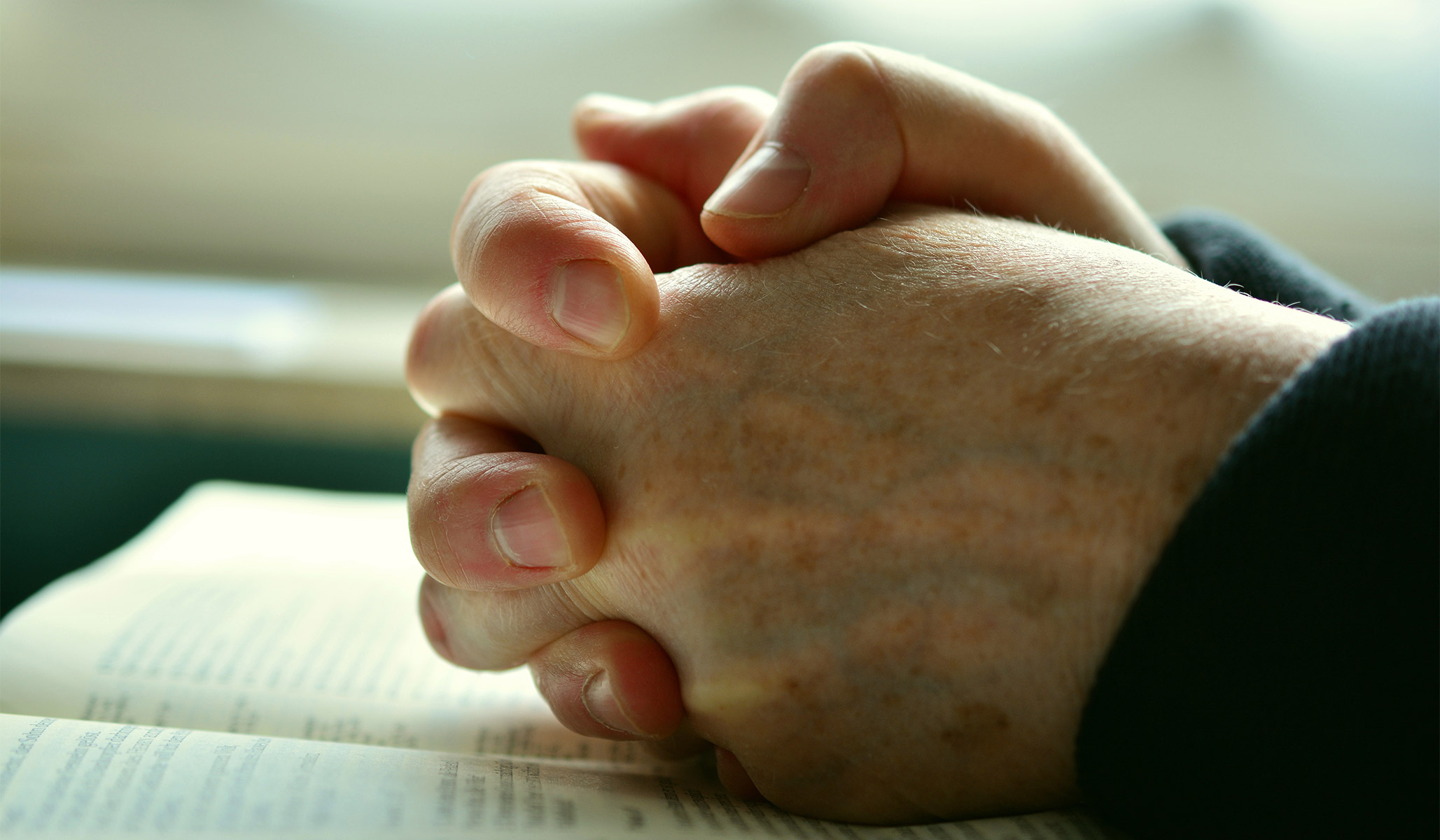 Large numbers of protesters are on the streets of the capital demanding the return of civilian rule, BBC Arabic’s Mohamed Osman reports from Khartoum.

More protesters are expected to join the crowds after calls for action by political parties and professional unions, our correspondent says. Doctors have refused to work at hospitals and institutions under military rule, except in emergencies, he adds.

One demonstrator, Sawsan Bashir, told AFP news agency: “We will not leave the streets until the civilian government is back and the transition is back.”

The group pointed to the new national security law put in place by the Chinese government as the reason for the closure. The group noted that the law “was enacted on 30 June 2020. It targets alleged acts of ‘secession’, ‘subversion of state power’, ‘terrorist activities’ and ‘collusion with foreign or external forces to endanger national security’.”

Ma Chun-man, 31, a former food delivery worker, faces as many as seven years in prison after being found guilty on one count of incitement to secession by District Court Judge Stanley Chan. He had denied the charges.

The two national security trials held so far have both handed down convictions and focused heavily on the defendants’ use of political slogans, adding to fears that freedom of speech is being eroded in the former British colony despite being guaranteed in the security law and the city’s mini-constitution, the Basic Law.

4. Sherif Girgis: There is no middle ground in the Mississippi abortion case. The court must overrule ‘Roe.’

5. New York Times: The Around-the-Clock Prayer Effort to Save the Haiti Hostages

Mrs. Petersheim, a mother of six, thought especially of the small children in the group, possibly hungry and definitely restless. So, each morning now she wakes up at 2:45 a.m. and prays for practical matters: that they will not experience hunger, that they will not be hurt or abused, for sleep and privacy and hygiene.

“We do believe God is in control,” she said. “When Daniel was put in the lions’ den, there was nothing logical about him coming out alive.”

As the hours tick by, and families wait for news, Mennonites across North America are seeking resolution in the way they know best: prayer. That is why some divided the day into 30-minute prayer slots, to ensure that no minute goes uncovered.

6.  DC assistant chief: I was told “have an abortion or be fired”

Dickerson, who is part of a $100 million lawsuit filed against the department by current and former female Black officers, said when she became pregnant as a young police cadet, she was told she had to have an abortion to keep her job.

“When I was 18-years-old as a police cadet, I was told I had to have an abortion or be fired from the MPD cadet program,” Dickerson said. “Wow. My choice to have a baby was personal and it should’ve been mine alone and not for an employer ultimatum.”

7. Kristan Hawkins: Pro-Abortion Students Hate Who They Think Pro-Lifers Are; I Spoke At Wellesley And We Found Common Ground

Universities were once bastions of diversity of thought, but Wellesley now signifies the total intolerance rampant on university campuses worldwide. Just weeks ago at Oxford University in England, vicious pro-abortion students destroyed an innocuous pro-life display and threatened peaceful pro-life students. Shortly before that, pro-life students at Exeter University in England allegedly received death threats as pro-abortion students lobbied to shut down their group.

But in speaking with Wellesley’s pro-abortion students during the question-and-answer period of my speech yesterday, it was clear that they hated their warped misconceptions of the Pro-Life Generation, not what we actually believe. For example, when I alerted pro-abortion students of their school’s record of failing to support pregnant and parenting students by forcing student mothers out of campus housing, they agreed with me that this was shameful behavior. And when I informed them that my organization founded the Standing With You initiative a decade ago to ensure that pregnant and parenting college students are protected and served, their preconceived notion that ‘pro-lifers don’t care about women’ was decimated.

When the law allows vulnerable life to be destroyed, forces health care workers to do it against their consciences, and demands that our tax money subsidize it, what message are we giving about the dignity of the human person and the sacredness of life?

When those potent forces pushing the abortion agenda will not allow any thoughtful consideration of any reasonable limit on a right to take the tiny life of a pre-born infant, even up to the moment of birth, where do we go?

Richard M. Doerflinger: In my own family, my older brother Eugene was in a car accident in 1967, leaving him in what doctors called a “vegetative state” they said was permanent. One doctor even told my mother that she should forget she had a son, which was the wrong thing to tell this family. We figured out how to care for him at home, and my mom kept talking to him as though he could hear her – until one day he started answering. He lived another 40 years, residing later in a good nursing facility near us so we could have him over on weekends and take him to Mass on Sunday.

10. Madeleine Kearns: Baby doomers: why are couples putting the planet ahead of parenthood?

The tragedy of this position is that this anxious generation’s fears are largely unfounded. Children born today are likely to have longer and better lives than those in any other era. They’ll be better educated with fewer health worries, and have more rewarding work than previous generations could have dreamed of. Just a century ago, a third of children wouldn’t make it to their fifth birthday. Now the global child mortality rate is 4 percent. Parents today spend twice the amount of time with their children as they did 50 years ago. Air quality is better now than it has been at any time in living memory.

It’s easy to lose sight of this progress when the focus of the government is on the horrors that await us in the future. Just this week, the Environment Agency released its new message: ‘Adapt or die’, it’s in the same apocalyptic vein as Greta Thunberg’s approach — constant talk of worst-case scenarios, and demands that everyone ‘panic’. The obsession with doomsday might grab headlines, but it’s wasted energy that does nothing to solve the issues we might face from climate change.

“They’re so cute because they both have Down syndrome.”

Grace, loving you is fun 🤩 pic.twitter.com/K9ydKzTBjl

She was deported to #Auschwitz from #Theresienstadt ghetto on 15 December 1943. She did not survive. pic.twitter.com/FaLeE7QAbb

Peppers Ranch tried something different. In 2009, after extensive studies, the leadership decided to move to a family model, offering couples who were already licensed to do foster care in Oklahoma the opportunity to move to Peppers Ranch. There they could live in one of the newly built houses, paying only a couple of hundred dollars in rent and receiving a small stipend in addition to what the state offered for foster care, if they were willing to open their home to at least five foster children. Today, there are 16 homes on the property (with plans to build a few more over the next few years), all more than 3,000 square feet. The typical home has four bedrooms, a large living area and an industrial-size kitchen and pantry. The more recent homes even have hookups for two washers and dryers as well as larger garages in which families can park their super-size vans. The entire community has an annual budget of about $1.5 million, all from private donations. In addition to money, locals also donate furniture, clothing and other necessities. Hundreds of volunteers help maintain the grounds and run programs for the kids.

Sometimes you get a glimpse of a #semicolon coming, a few lines farther on, and it is like climbing a steep path through woods and seeing a wooden bench just at a bend in the road ahead, a place where you can expect to sit for a moment, catching your breath.
LEWIS THOMAS#writing