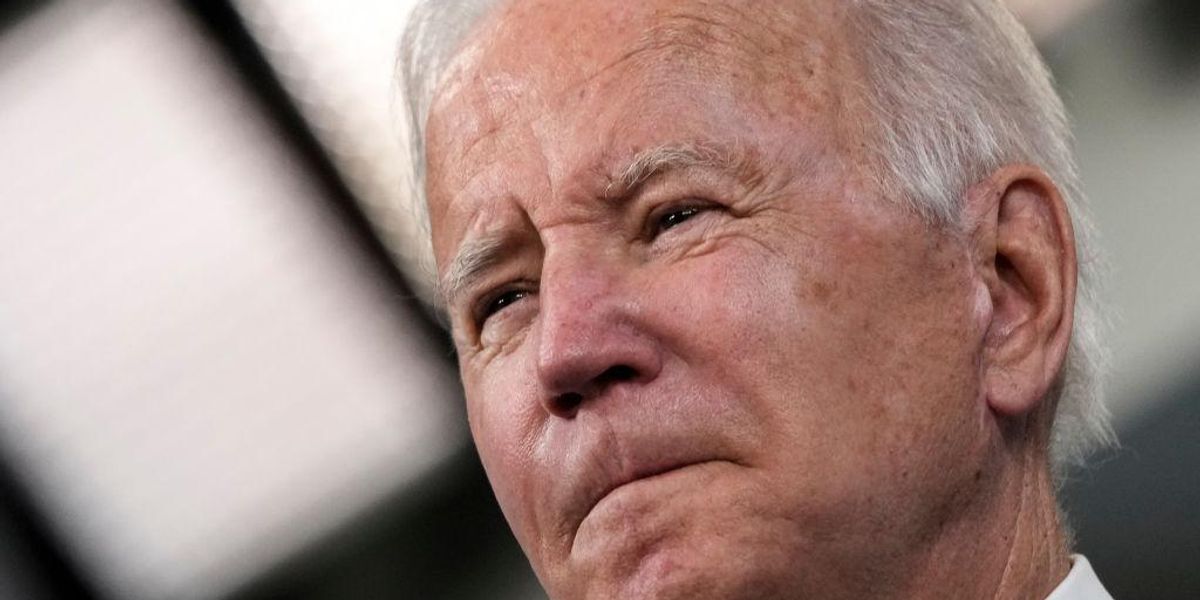 Amid a sea of low poll numbers, yet another survey is showing that President Joe Biden’s job approval rating is underwater.

The CNBC All-America Economic Survey found that only 41% approve, while 52% disapprove. The poll involved 800 Americans, was conducted Oct. 14-17, and has a 3.5% margin of error.

The numbers mark a shift against the president compared to a July survey in which 48% approved and 45% disapproved, according to the outlet.

While 40% in the October survey approve of the president’s handling of the economy, 54% disapprove.

“Last quarter, the economic numbers were flashing yellow for Biden, but now that’s intensified and the light is flashing red, and it’s accompanied by multiple blaring sirens,” said Micah Roberts, who is a partner at Public Opinion Strategies, the Republican pollster for the survey, according to the outlet.

Biden fares better on his handling of coronavirus, with 50% approval versus 45% disapproval, though those numbers have also moved against him since the July survey.

“If the economy doesn’t get back on track, and the Coronavirus doesn’t reverse course at some point soon, then this is a presidency that’s going to be in real trouble,” Jay Campbell, a partner at Hart Research Associates, the Democratic pollster for the survey, said, according to CNBC.

The president is currently upside down in the RealClearPolitics poll average.

A recent Quinnipiac University national poll of adults placed Biden’s job approval rating all the way down at just 37%, while the survey found that 52% disapprove of the way he is handling his role.

Sen. John Kennedy of Louisiana said during a Fox News interview last week that the president’s “poll numbers are going down like a fat guy on a seesaw.”