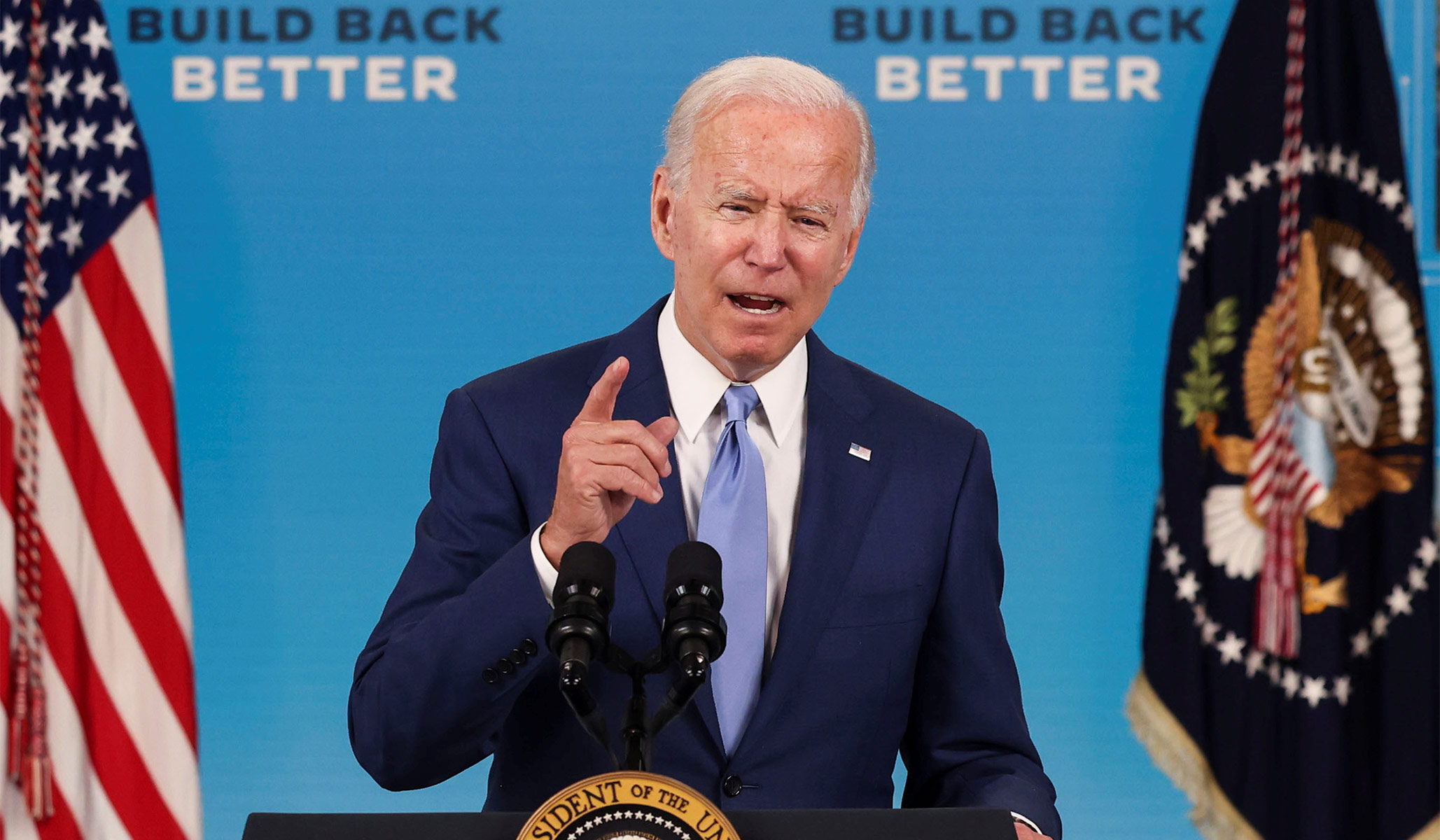 Over at Politico, Christopher Cadelago and Marianne Levine offer the latest excuse for Joe Biden going quiet in public, in this case on the reconciliation-bill fight on Capitol Hill: He’s busy playing the inside game!

As Democrats on Capitol Hill brace in anticipation of a brutal midterm, Biden is spending an extraordinary amount of time and political capital behind the scenes to convince them to rally around a common framework for social and climate spending. His congressional huddles have accelerated, from phone calls on the White House veranda to one-on-one and group meetings — including two high-stakes Tuesday sit downs with moderates and progressives. He’s dialing up old friends to take their temperature about how his presidency is really fairing far beyond the Beltway. White House aides, in their own recent conversations with nervous allies, have repeatedly cited the flurry of presidential calls as a sign itself of Biden’s commitment to getting the bills over the finish line, at times bristling at claims that he hasn’t been involved enough. But Biden’s hours and hours of meetings don’t just reflect the precarious moment in which his presidency finds itself. They underscore the heavy reliance his White House has placed on an inside game, rather than the bully pulpit, to dislodge recalcitrant holdouts and move their agenda.

Note, just as an aside, how “a brutal midterm” for congressional Democrats is already a baseline expectation the authors don’t need to explain or justify. Why is the White House at pains to stress how much Biden is doing privately? Because he’s not out there convincing the voters to put pressure on Congress:

As Biden has worked on lawmakers in private — sometimes not putting a hard stop on his schedule so as not to stifle progress — he’s largely, though not entirely, resisted riskier public pressure campaigns that could backfire and are viewed as against his nature. Often, Biden has had just a single public event each day. Occasionally, there’s been no public interfacing at all. Eight times since Labor Day, the daily guidance issued by the White House has included only private meetings with Biden. . . . While Biden has held public events around the agenda, he has not done a formal press interview on it since Labor Day.

This is, I suppose, the spin you need to cover over the problem: Public arguments by this president don’t help. They persuade nobody of anything. The bully pulpit has been reduced to a walker. Nine months into his tenure, Biden is already a spent force that nobody listens to. In terms of his influence, he went directly from honeymoon to lame duck. It is still likely that the Democrats will pass something this year — and whatever they pass, Biden will sign, and everybody knows it, so his actual leverage is zero. It would truly be a political catastrophe for Biden, having invested so much of his presidency in these spending packages and so much of his image in being a guy who can get deals done on the Hill, if he comes up completely empty. But regardless of what gets passed, it is already apparent that Biden talking to the voters or answering questions from reporters would only make things worse. About the only thing Biden accomplishes these days by appearing in public is convincing people he’s still alive.

And there are still 39 more months of his term to go.