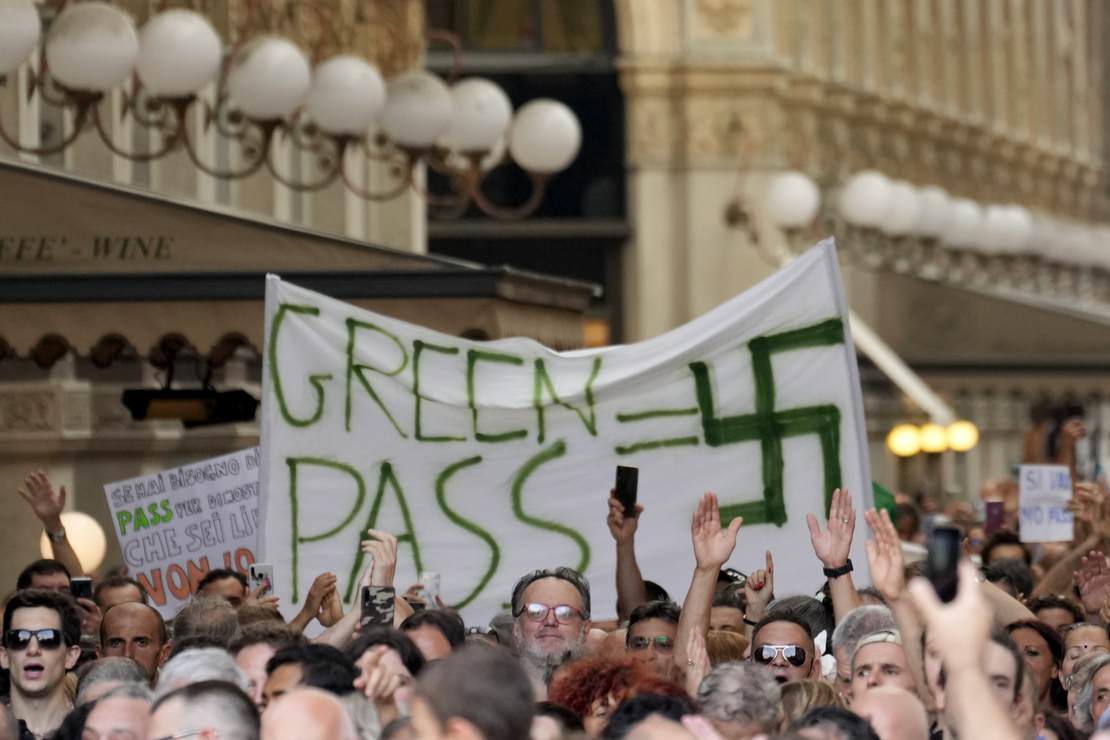 Americans have followed all the rules to counter COVID. We endured lockdowns, mask rules, and social distancing. You name it, we went along with it. We were obedient little sheep. Was it worth it? Let’s check the CDC numbers.

On Sept. 13, 2020, the rolling seven-day average was 734 COVID deaths per day nationwide. That was after a 45-day lockdown that began on or about March 15, followed by six months of mandatory masks in stores and restaurants, no concerts, no comedy shows or live performances in bars, reduced capacity in restaurants, and plexiglass between restaurant tables. There were early restaurant and bar closings (because COVID has a schedule). We didn’t get haircuts (except for lizard-person Nancy Pelosi). School and university classrooms were locked. Funerals could only have a certain number of attendees. Businesses went under. Kids played online instead of with their friends.

We were told to wait for the vaccinations to become available. That was the game-changer that would set us free.

It’s been one year since Sept. 13, 2020, and what has changed? For starters, the CDC is playing games with numbers.

Joe Biden’s goal was to have 70% of Americans get at least one vaccination shot by July of 2021. By that, he meant 70% of the people old enough (over 18) to get the shot. We missed that goal but did hit the 70% rate a month later. Yet today, the CDC says that 53.9% of the population has been fully vaccinated. How is that possible? The CDC changed up the wording. They have since added children under 18 years old to the equation, even though kids under 12 are not yet approved for the shot. Kids under 18 years old were not part of the equation when Biden set his July 4 goal of  70%. Now, all kids under 18, even those under 12 who aren’t yet approved for the vaccination, are part of the “new” equation.

FACT-O-RAMA! As of Sept. 8, the most current info available, 412 kids 17 years old and under have died of COVID. Of those, 98 were under one year old.

So let’s look at the CDC’s most current vaccination rates, if we can even trust them:

So now that we’ve looked at how the CDC is playing word games, let’s look at the seven-day rolling average death rate as of Sept. 13 compared to one year ago.

As of September 13, our rolling seven-day average of COVID deaths is 1,827 per day.

Say what? That’s more than twice what it was a year ago. How can that be? Despite 75.7% of the population (over 18) being partially vaccinated, far more people are dying today from COVID. Also, the Delta variant is less deadly than the first variant that hit us. As of now, 92.8% of people 65 and older, the most vulnerable, are at least partially vaccinated.

More people are dying from a less deadly variant, after 75.7% of the over-18 population has been at least partially vaccinated. Yet the left keeps pushing the vaccinations–and now the booster shots. Maybe the vax doesn’t work as well as people had hoped.

It might be time for our elected leaders to admit what is becoming obvious: They have no idea what they are doing when it comes to COVID. The lockdown appears to have been unnecessary, even devastating.

Related: Why in the World Does the CDC Have to Rely on Data From Israel to Guide Our COVID-19 Response?

Maybe I’m wrong. Perhaps the Democrats, pushing vaccines and mandates, know exactly what they are doing. Perhaps the leftists locked us down to implement mail-in voting so they could steal the 2020 election, as many have been suggesting since November, and now they’ve developed a real taste for tyranny.

Perhaps they know that we know, and the COVID fear-porn is just to keep us plebes in our place.