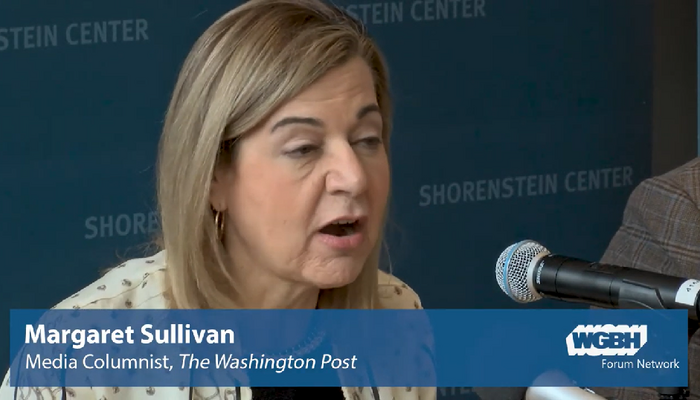 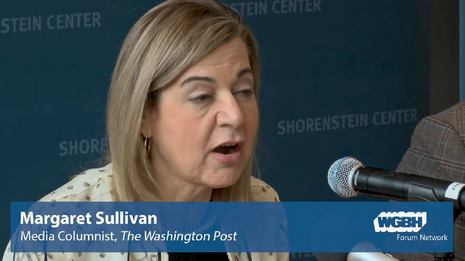 It is not exactly news that Washington Post media columnist Margaret Sullivan wants journalists to ditch objectivity. What is new is Sullivan’s extreme urgency in begging journalists to reject any sense of professionalism because  American democracy is at stake. “It’s now or never!” I kid you not.

Sullivan made her all hands on deck Defcon-1 pitch to ditch objectivity based on the supposedly unique emergency caused by the events of January 6 in her inadvertently funny Wednesday column, “Our democracy is under attack. Washington journalists must stop covering it like politics as usual.”

The Democratic leadership has been trying to assemble a bipartisan panel that would study that mob attack on our democracy and make sure it is never repeated. Republican leaders, meanwhile, have been trying to undermine the investigation, cynically requesting that two congressmen who backed efforts to invalidate the election be allowed to join the commission, then boycotting it entirely. And the media has played straight into Republicans’ hands, seemingly incapable of framing this as anything but base political drama.

Actually most of the media has been slanting their coverage against the Republicans (as usual) but that isn’t enough for Torquemada Sullivan, who is on a personal inquisition to root out any hint of objectivity even if it doesn’t exist.

Mainstream journalists want their work to be perceived as fair-minded and nonpartisan. They want to defend themselves against charges of bias. So they equalize the unequal. This practice seems so ingrained as to be unresolvable.

There is a way out. But it requires the leadership of news organizations to radically reframe the mission of its Washington coverage. As a possible starting point, I’ll offer these recommendations:

And now Sullivan provides handy dandy tips to journalists on how to achieve a “way out” from that nasty objectivity.

Toss out the insidious “inside-politics” frame and replace it with a “pro-democracy” frame.

Stop asking who the winners and losers were in the latest skirmish. Start asking who is serving the democracy and who is undermining it.

Finally her appeal to patriotism for those journalists with any reluctance to act unprofessionally:

Stop being “savvy” and start being patriotic.

It is also not new that Sullivan claims it is patriotic to be openly biased. She proclaims it is unpatriotic to be “savvy” (or curious) about the events of January 6. Curiosity about, say, why was the FBI so unprepared for an event that was on everybody’s radar. If you even contemplate asking questions about things such as that, just shut up! You are not being patriotic.

And it’s patriotic for journalists to be ardent left-wing activists because the future of our nation depends on it. Take it from Sullivan in her apocalyptic drama queen conclusion:

For the sake of American democracy, it’s now or never.