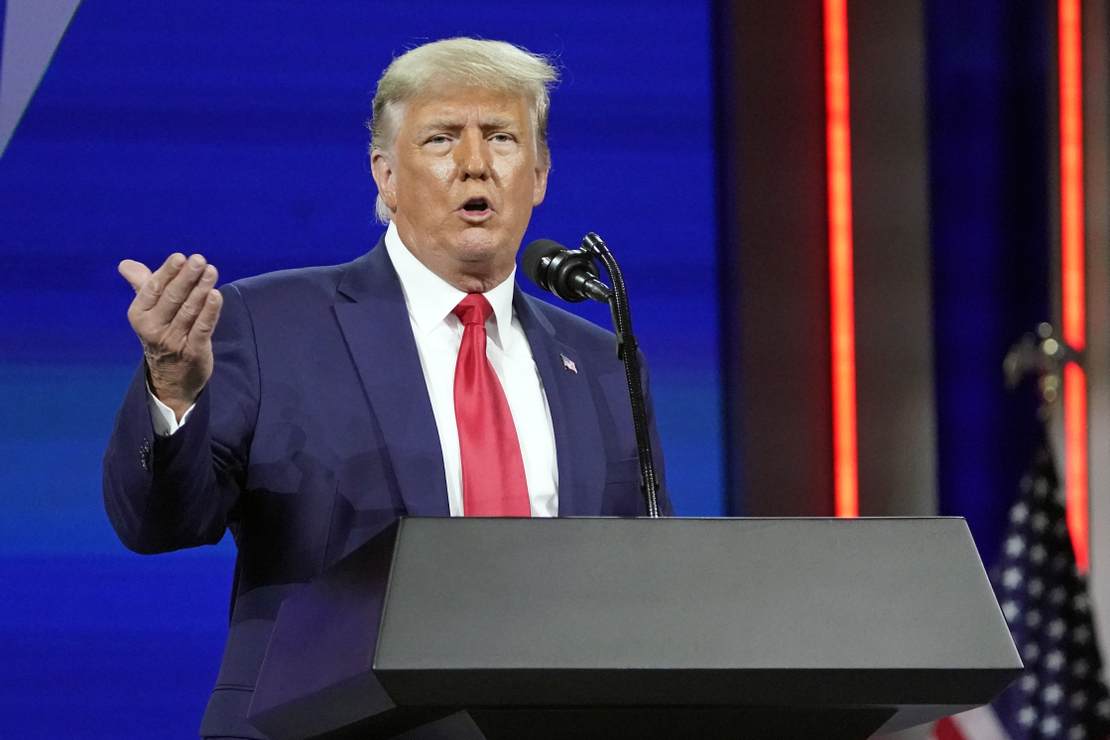 President Trump revealed that he’s “very disappointed” in Justices Amy Coney Barrett and Brett Kavanaugh for recent rulings they’ve made, particularly with the Obamacare case, in which they joined the majority in upholding Obamacare because the states that filed the lawsuit lacked standing.

Trump mentioned nominating three justices to the Supreme Court as an accomplishment in an interview with David Brody on Real America’s Voice, and Brody decided to follow up on that point by asking Trump how he felt about their position on the Obamacare case.

“Does it make you second guess some of those picks? Or time will tell?”

“No,” Trump replied. “Second-guessing does no good, but I was disappointed with a number of rulings that they made.”

I was glad to hear that Trump isn’t second-guessing his picks. I can understand his disappointment, but this is how things go with Supreme Court justices. There have been a number of really good unanimous decisions lately, and I’m sure many on the left were disappointed with the liberal wing of the court as well. Disappointment is bound to happen. Both sides experience it. It’s not just conservatives.

Let’s not forget that one recent ruling by the Supreme Court was Fulton v. City of Philadelphia, which upheld religious freedom by ruling that the city of Philadelphia violated the First Amendment by refusing a contract with Catholic Social Services (CSS) because they won’t place children with same-sex couples.

That ruling was unanimous, which means Obama-nominated Justices Kagan and Sotomayor and Clinton-nominated Justice Breyer ruling with the conservatives. That’s significant. As PJM’s Tyler O’Neil noted, “While Fulton v. Philadelphia did not deliver the key religious freedom blow to overly restrictive LGBT public accommodations laws that many conservatives sought, it did defend the fundamental right of religious liberty for foster care providers, setting an important precedent for future cases.”

So, I’m sure Barack Obama is disappointed in his Supreme Court picks and Bill Clinton is in his. These disappointments are bound to happen from time to time. So, Trump is hardly alone here, but his disappointment is at least justifiable. I can’t say the same about how he feels about Mike Pence. In the same interview, he expressed disappointment in Mike Pence for not stopping the Electoral College vote—even though Pence had no authority to do anything about it.

“Well, I’ve always liked Mike, and I’m very disappointed that he didn’t send it back to the legislatures,” Trump said. “When you have more votes than you have voters, in some cases, and when you have the kind of things that are, that were known — in many cases they were known then, but they’re certainly getting better and better known now — I was disappointed that he didn’t send it back. I felt he had the right to send it back, and he should’ve sent it back. That’s my opinion. I think you would have found that you might very well have a different president right now had he sent ’em back.”

We gotta be prepared for the occasional disappointing Supreme Court ruling. Some hurt more than others. The Supreme Court’s refusal to take up any of the election challenges really, really stung, especially in light of the recent revelations we’ve been getting from the audits in Maricopa County, Arizona, and Fulton County, Georgia. But I still have faith that the Supreme Court, with the conservative justices we have on there, will make more good rulings in the future.

But, disappointments will happen along the way. That doesn’t mean Barrett or Kavanaugh was a bad choice. I’m glad Trump sees that.

Republicans Refuse to Play Chuck Schumer’s Game on Infrastructure Legislation
Bezos rockets into space, then thanks Amazon employees and customers who ‘paid for all of this’
Georgia film industry saw record production spend during coronavirus pandemic
Corporate earnings will dictate the market’s next move, Jim Cramer says
US war in Afghanistan drawing to a close but last vestige of conflict limps on at Guantanamo