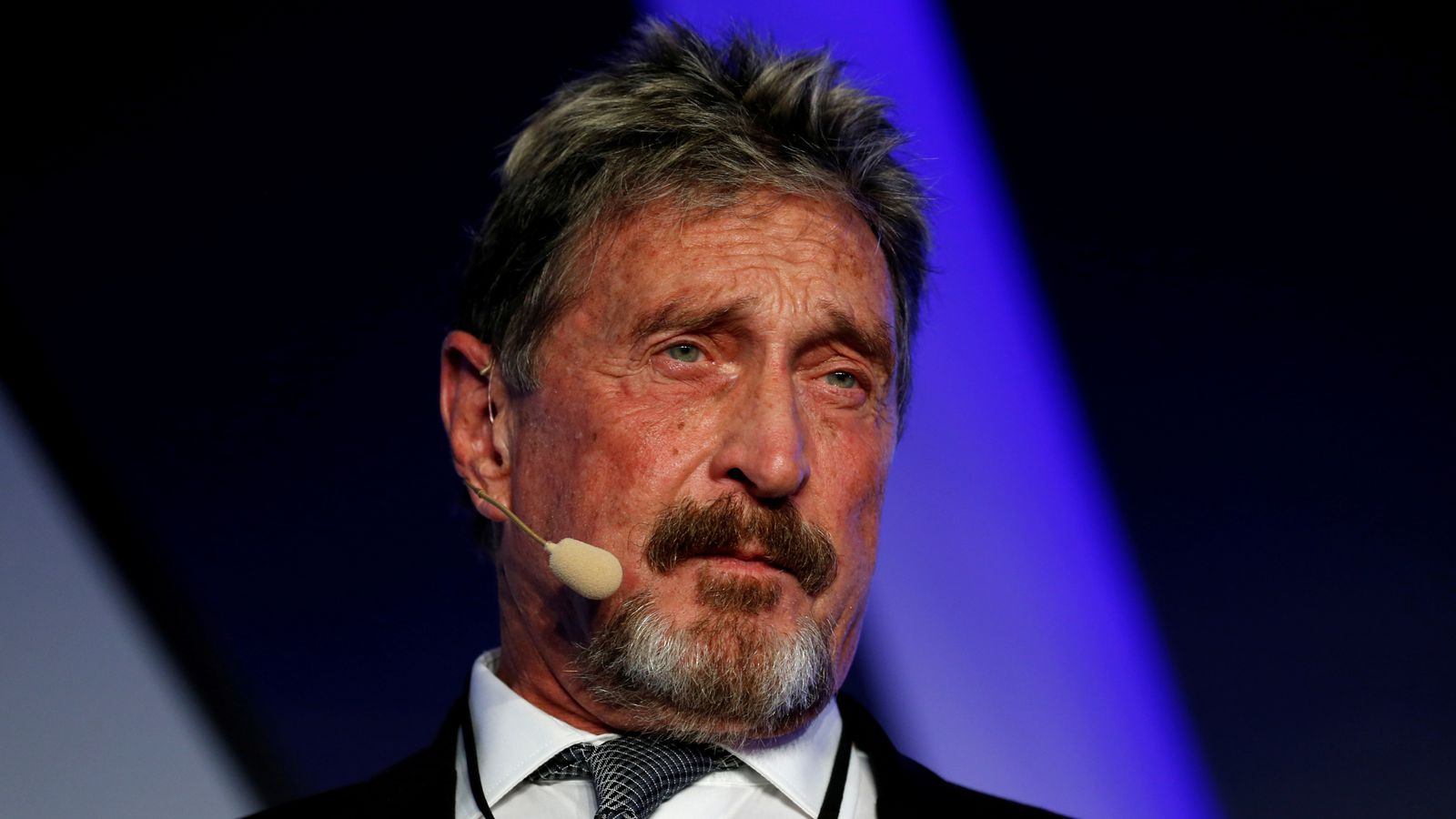 Antivirus software entrepreneur John McAfee has been found dead in his prison cell after Spain’s National Court approved his extradition to the US, the Catalan justice department has said.

Prosecutors in the US state of Tennessee had charged the 75-year-old with evading taxes after allegedly failing to report income made from promoting cryptocurrencies while he did consultancy work.

He was also charged with evading tax in relation to income from speaking engagements and selling the rights to his life story for a documentary.

In a statement obtained by Reuters news agency, the Catalan justice department said “everything points” to suicide.

Security personnel at the Brians 2 prison near Barcelona tried to revive McAfee before his death was confirmed by the jail’s medical team, a statement from the regional Catalan government said.

The entrepreneur, who was the created of the McAfee antivirus software, was arrested in October 2020 at Barcelona’s international airport.

He was about to board a flight to Istanbul, Turkey, with a British passport.

In a hearing earlier this month via videolink, McAfee claimed the charges were politically motivated and said he feared he would spend the rest of his life in prison if he was taken back to the US.

McAfee linked the charges filed by the Internal Revenue Service to his failed bid to run as a Libertarian Party candidate in the 2020 US presidential election.

It was his second such attempt.

:: Anyone feeling emotionally distressed or suicidal can call Samaritans for help on 116 123 or email jo@samaritans.org in the UK. In the US, call the Samaritans branch in your area or 1 (800) 273-TALK.