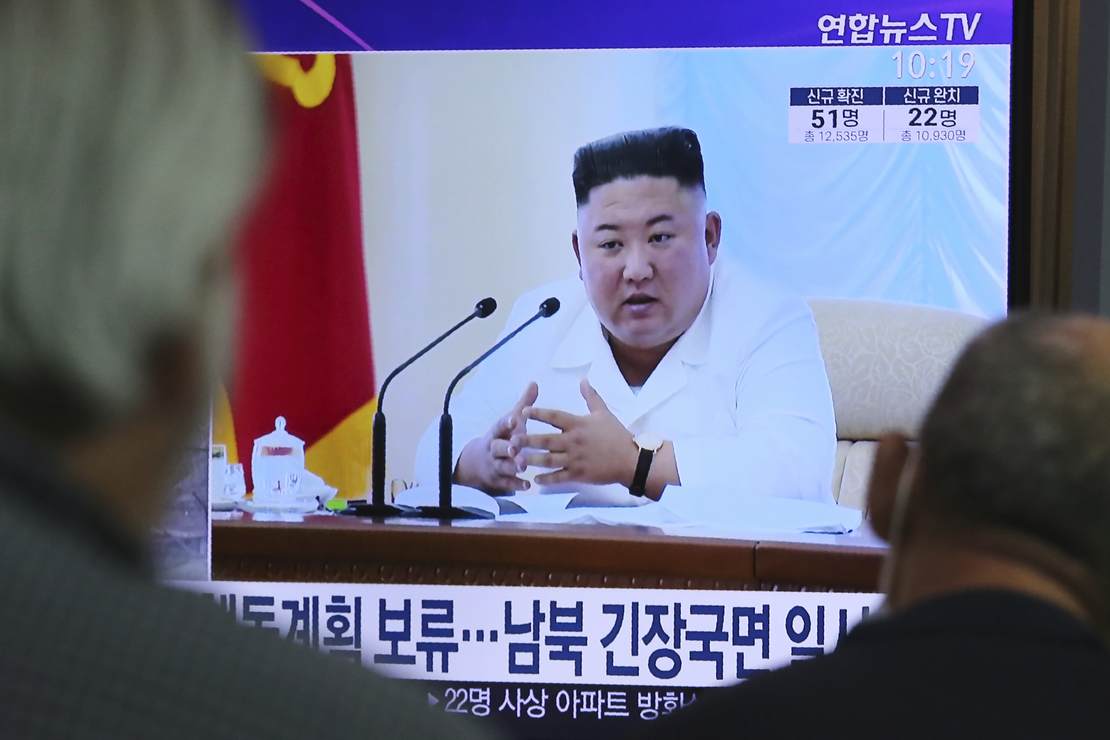 Yeonmi Park grew up in North Korea. She and her mother escaped by walking across the Gobi Desert when she was 13, but were captured there by slave traders.

This isn’t ancient history. It happened in 2007.

They were sold into slavery for a mere few hundred dollars in communist China, survived that, escaped, and eventually made their way to the United States by way of our ally, South Korea.

She transferred from a university there to Columbia University, and there, to her shock, she met insanity of a type that she found familiar.

“I expected that I was paying this fortune, all this time and energy, to learn how to think. But they are forcing you to think the way they want you to think,” Park said in an interview with Fox News. “I realized, wow, this is insane. I thought America was different but I saw so many similarities to what I saw in North Korea that I started worrying.”

Yeonmi saw red flags immediately upon arriving at the school.

Columbia, says Park, was engaging in everything from denigrating Western classics and history to forcing students to shouts their preferred pronouns before class. For Park, who speaks English as her third language, the pronoun issue was profoundly confusing. Do wokes ever think about such consequences on immigrants?

“English is my third language. I learned it as an adult. I sometimes still say ‘he’ or ‘she’ by mistake and now they are going to ask me to call them ‘they’? How the heck do I incorporate that into my sentences?”

“It was chaos,” said Yeonmi. “It felt like the regression in civilization.”

“Even North Korea is not this nuts,” she admitted. “North Korea was pretty crazy, but not this crazy.”

After getting into arguments with professors Park had to do what many dissidents in her home country are forced to do: be quiet and go along. Otherwise, she feared poor grades.

It’s mind-boggling to think that a North Korean could arrive in the United States, once the home of the free, and find our leading universities not just following the ideological model of North Korea, but outdoing it. Columbia is out-crazing Kim’s Kingdom.

Yet it retains the name of Christopher Columbus, for now.

Columbia is far from alone, of course. The issues Park saw at Columbia have spread all across our society and even into our public schools.

Our country and culture faced a woke revolution, though it wasn’t called that, during the 1960s. Marxists launched their march through our institutions then. To be sure, at this point that revolution was in some ways worse than the current one. It was certainly more violent, with bombings a matter of routine. It also held far less power than the current woke revolution. The leftists of that era might be afforded an excuse that today’s do not have. Those leftists did not have the full accounting of Stalin’s or Mao’s murderous crimes. The Gulag Archipelago by Alexander Solzhenitsyn was not published until 1973. The Khmer Rouge rampage was still a few years in the future. The horrors of communism, which is where wokism leads, were not yet as publicly available as they are for everyone now.

Today’s Marxist wokes lack any excuse. Communism’s crimes have been added up and added to, in Cuba and Venezuela, and in modern China which has re-instituted genocide and slavery in Xinjiang. And North Korea. Wokeness has taken over the Democratic Party, which holds all the power in Washington at the moment. It owns academia and corporate America.

Christian missionaries helped free Park and her mother. Wokes despise Christianity and would do away with it along with our history the moment they have the power to do so. Wokes would then contribute to her enslavement twice. Christians also launched the movement to abolish slavery back when it was legal in the United States. Wokes despise Christians all the more despite using past slavery as a weapon now.

That may seem like an abrupt change in topic, from North Korea to the campus to wokes and Christianity, but it’s all one story according to Park.

Having come to America with high hopes and expectations, Yeonmi expressed her disappointment.

“You guys have lost common sense to degree that I as a North Korean cannot even comprehend,” she said.

“Where are we going from here?” she wondered. “There’s no rule of law, no morality, nothing is good or bad anymore, it’s complete chaos.”

“I guess that’s what they want, to destroy every single thing and rebuild into a Communist paradise.”

Not all of us have lost common sense, of course. We’re fighting wokism here. The majority of Americans oppose wokism and some are starting to fight it hard in their local schools. But too many Americans fear the power of the media, and a woke military is an extremely dangerous development. That’s Biden’s handlers’ work. They know what they’re doing.

Barack Obama dismisses those of us who oppose wokeness and laughs it off as a threat to freedom, which also tells you that he’s a true believer and is gaslighting. He’s as woke as anyone, though he seems to fear being canceled for not imposing wokeness full bore when he was president.

Joe Biden is, according to Obama, completing that work.

Park’s warning is sobering and timely. Hopefully it’s not too late.