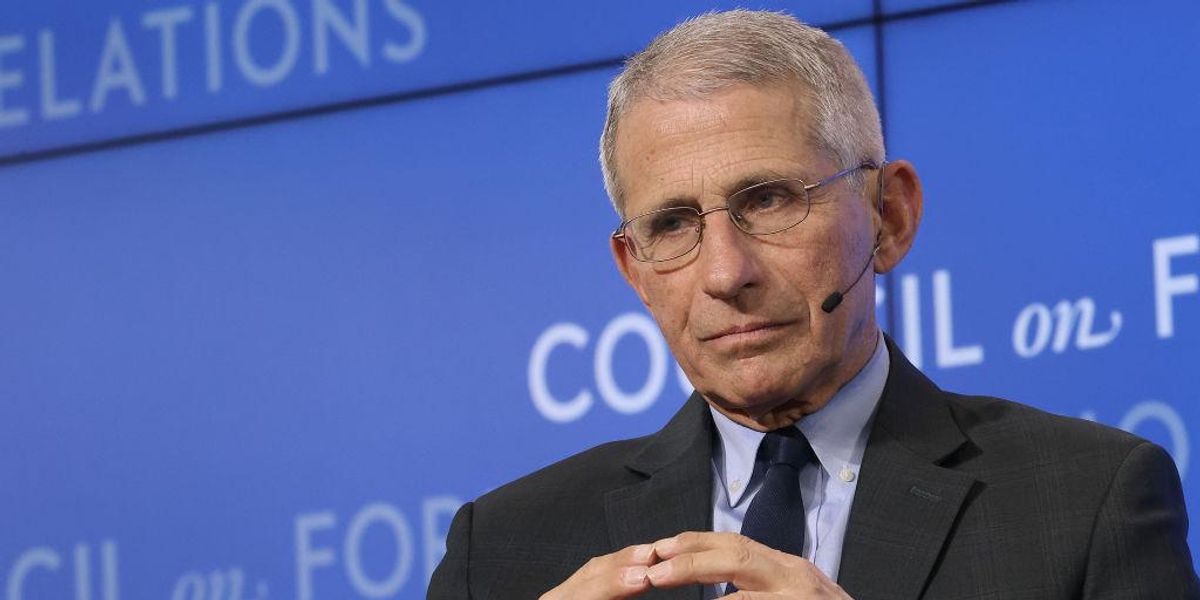 Sen. Ron Johnson (R-Wis.) is demanding answers from Dr. Anthony Fauci on why the National Institute of Allergy and Infectious Diseases was reportedly funding potentially dangerous research at China’s Wuhan Institute of Virology.

Johnson made an appearance on “Sunday Morning Futures,” where Fox Business host Maria Bartiromo opened the interview by highlighting a report in The Australian that claimed Chinese military scientists discussed the weaponization of SARS coronaviruses five years before the COVID-19 pandemic occurred, which could empower China to create weapons “in a way never seen before.” China’s People’s Liberation Army commanders were predicting that World War III would be fought with biological weapons, according to documents purportedly obtained by U.S. investigators, the Daily Mail reported.

Johnson responded to the report by saying, “First let me say, does that shock anybody? Certainly doesn’t shock me.”

The Republican from Wisconsin then took aim at Fauci for being the head of an organization that funded Chinese researchers at the infamous Wuhan lab.

“We should have been concerned and it does boggle your mind that Anthony Fauci continued to apparently fund gain-of-function research and cooperate with the Wuhan lab,” Johnson said. “He had to know full well… the Wuhan lab, just about any organization in China is connected to the Communist Party of China as well as the People’s Liberation Army. So what were we doing cooperating with China?”

Gain-of-function research means that researchers deliberately make viruses more dangerous or more infectious to humans so that the scientific community will be better prepared to combat outbreaks that occur naturally, but that process runs the risk of accidentally unleashing an outbreak from the lab.

The National Institute for Allergy and Infectious Diseases, which is headed by Fauci, funded scientists at the Wuhan Institute of Virology and other institutions to perform gain-of-function research on bat coronaviruses, according to a Newsweek report from April 2020.

“In 2019, with the backing of NIAID, the National Institutes of Health committed $3.7 million over six years for research that included some gain-of-function work,” the report stated. “The program followed another $3.7 million, 5-year project for collecting and studying bat coronaviruses, which ended in 2019, bringing the total to $7.4 million.”

Gain-of-function research “for the purpose of understanding how bat coronaviruses could mutate to attack humans” was reportedly “run by EcoHealth Alliance, a non-profit research group, under the direction of President Peter Daszak, an expert on disease ecology,” but funding was cut by the Trump administration last year.

“The Trump administration abruptly cut off funding for a project studying how coronaviruses spread from bats to people after reports linked the work to a lab in Wuhan, China, at the center of conspiracy theories about the Covid-19 pandemic’s origins,” Politico reported in April 2020.

Fauci wrote a 2010 op-ed for the Washington Post, where he said, “Important information and insights can come from generating a potentially dangerous virus in the laboratory.”

“Working carefully with influenza viruses they have engineered in isolated biocontainment laboratories, scientists in Europe and the United States have identified several mechanisms by which the virus might evolve to transmit efficiently in the ferret, the best animal model for human influenza infection,” Fauci wrote. “This research has allowed identification of genetic pathways by which such a virus could better adapt to transmission among people. This laboratory virus does not exist in nature. There is, however, considerable concern that such a virus could evolve naturally.”

Watch the latest video at <a href=”https://www.foxnews.com”>foxnews.com</a>

Rep. Mike Gallagher (R-Wis.) is also concerned about American taxpayer money that could have funded gain-of-function research at the Wuhan lab.

“Dr. Fauci was just on ‘Meet the Press’ and Chuck Todd didn’t ask him a single question about the origin of the disease and whether U.S. taxpayer dollars went to gain-of-function research at the Wuhan Institute of Virology after this virus has destroyed our entire world,” Gallagher said. “Noone is interested in getting to the bottom of how it started. Can someone in the American media please ask Fauci these basic questions?”

Dr. Fauci was just on Meet the Press and @chucktodd didn’t ask him a single question about the origin of COVID-19 a… https://t.co/U7ZpoUaGAR