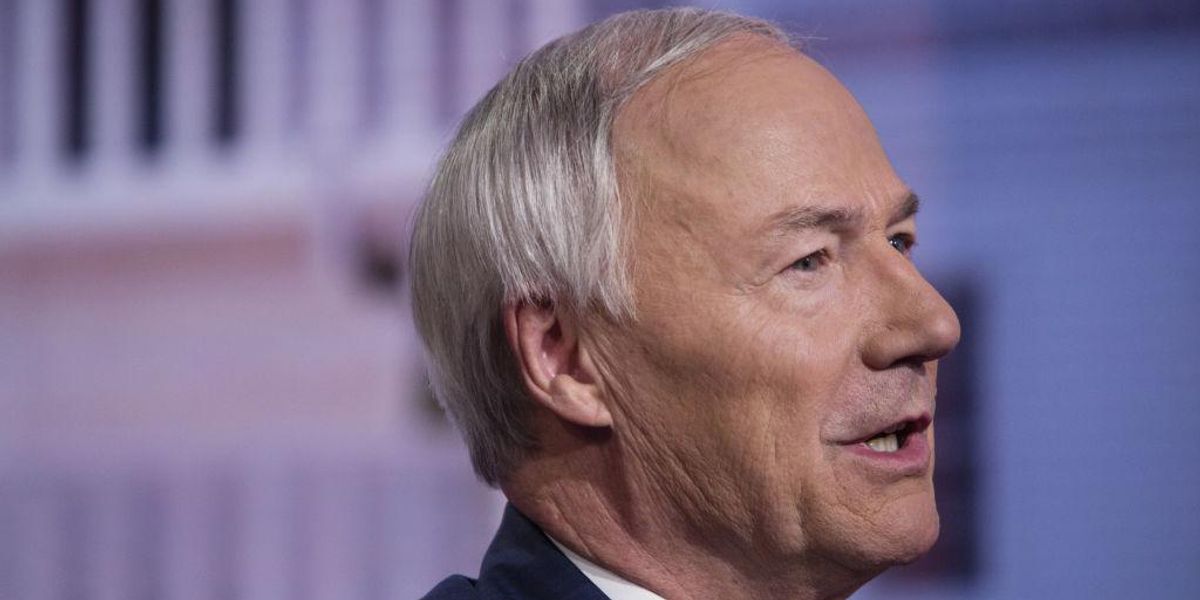 Arkansas Gov. Asa Hutchinson (R) criticized Republican lawmakers on Sunday for advancing so-called “culture war bills,” like the legislation banning transgender hormone therapies or surgeries for minors he recently vetoed, saying that conservatives should rely on churches and communities to change the culture.

On “Meet the Press” Sunday, host Chuck Todd interviewed the governor about his veto and asked him about other GOP legislation — like bills dealing with transgender athletes or banning critical race theory curricula in schools — describing such bills as “culture war bills.”

Hutchinson argued the Republican Party must stand by “the principles of limited government” even as social conservatives fear they are losing the culture to progressive ideologues warping the law to enforce their worldview.

Since the Arkansas legislature overturned Hutchinson’s veto of a bill banning transgender surgeries and other hormone prescriptions for people under 18 last week, the governor has been on the defensive against outraged social conservatives who felt betrayed by his decision.

In a Washington Post op-ed, Hutchinson wrote he was “being attacked by some of my Republican colleagues for not being pure enough on social issues and for vetoing a bill that limited access to health care for transgender youth.”

Appearing on several programs news programs to defend his veto, Hutchinson has made repeated appeals to limited government conservatism in support of his position.

“I signed two [bills] that I thought made sense. One was girls in sports, trying to protect women’s sports. The other one was supporting medical conscience, that doctors can claim a conscience reason if they want to deny a particular procedure, but they have to do emergency care. And so those are two bills that I signed,” he told Todd.

“The third one was not well done. It did not protect the youth. It interfered with the government getting into the lives of transgender youth, as well as their parents and the decisions that doctors made. And to me, it’s about compassion. But it is also about making, having the laws make sense in a limited role of government,” he continued. “And that’s the case that I made in the Washington Post column that as Republicans, we need to get back and ask the question, ‘Is this the appropriate role of government? Are we restraining ourselves?'”

Hutchinson said that conservatives shouldn’t use the “instrument of law” to defend the culture.

“There is the church. There is society. There is your community. And that’s where the culture is, is impacted or reflected in the future. And so again, there’s too much,” he said. “As a Republican Party, it’s the principles of limited government and it’s pushing freedom and choice in the free market. That’s what the party is about. We’ve got to apply those principles even when it comes to the social war.”

Todd challenged Hutchinson’s argument, asking why he supports laws restricting abortion if his belief is that that government should not be involved in decisions between parents, children, and doctors.

Absolutely. And that’s an appropriate question. But, as you know, there’s a big difference in the case of abortion, and I’ve signed a multitude of pro-life bills. I believe in protecting the life of the unborn. The distinction is that medical science is clear as to the life of the unborn. And so science — we’re reflecting that in the laws that we pass. In this case, when we’re talking about transgender youth, parents are involved in the decision making. The science is not as clear. And you have a physician that’s involved. And so you can’t apply each of those to each other. This is a separate issue. You have to evaluate them separately. But in this case, clearly, I don’t believe that this is something the government should be telling the youth, “You cannot have this treatment that your parent and a doctor recommends,” even though you could — everybody’s heart probably is in the right place in looking after the youth. It’s not an appropriate role of government, compassion says. Particularly, one of the reasons I vetoed it was there was not a grandfather clause. It would interrupt the treatment that they were having at the time.

TODAY: Gov. Asa Hutchinson tells Chuck Todd that Republicans looking to fight over cultural issues should use their… https://t.co/xuvQitBCRK