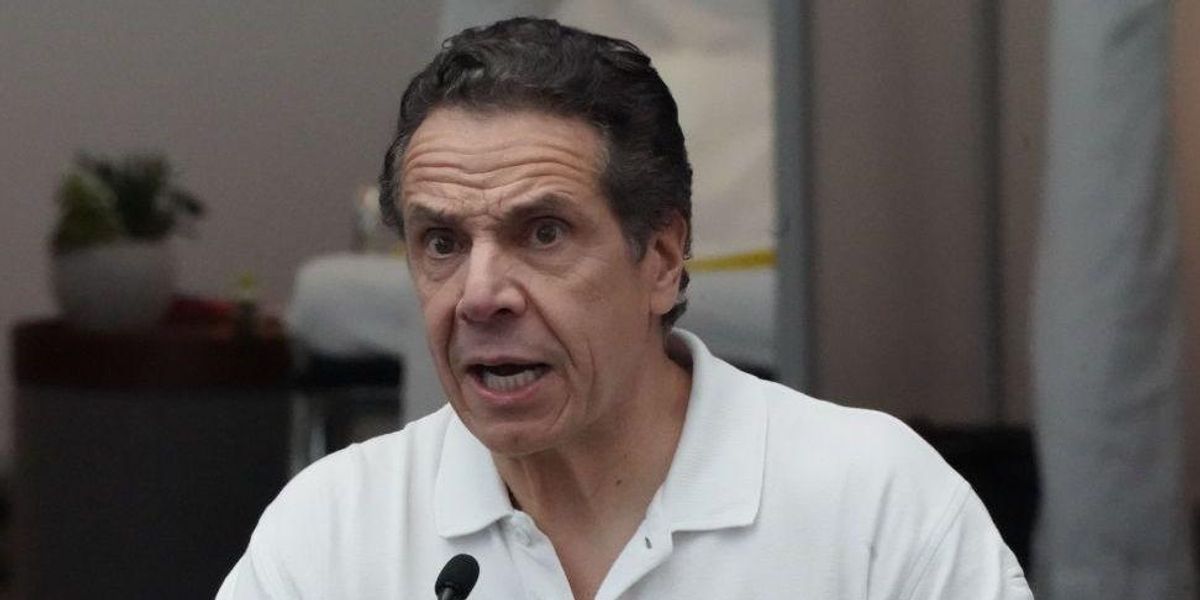 As demands for his resignation intensify, New York Gov. Andrew Cuomo (D) defiantly said Sunday that he will not resign.

Cuomo’s remarks came one day after the fifth woman came forward with allegations of sexually harassing behavior against Cuomo, once one of the rising stars of the Democratic Party.

What did Cuomo say?

During a press conference with reporters, Cuomo characterized resigning over allegations as “anti-democratic.”

“There are some legislators who suggest that I resign because of accusations that are made against me,” Cuomo began.

New York Attorney General Letitia James (D) is leading an investigation into the allegations of sexual harassment. In order to conduct an independent probe, her office is contracting a private lawyer who will be deputized as a Special Independent Deputy Attorney General with “all powers provided under state law,” CNBC reported.

Still, Cuomo said he will not resign.

“So no, there is no way I resign,” Cuomo said after mentioning the investigation.

What are Democratic leaders saying?

“Every day there is another account that is drawing away from the business of government,” Stewart-Cousins said. “We have allegations about sexual harassment, a toxic work environment, the loss of credibility surrounding the COVID-19 nursing home data and questions about the construction of a major infrastructure project.”

“New York is still in the midst of this pandemic and is still facing the societal, health and economic impacts of it,” she added. “We need to govern without daily distraction. For the good of the state Governor Cuomo must resign.”

The allegations pertaining to the Governor that have been reported in recent weeks have been deeply disturbing, and have no place whatsoever in government, the workplace or anywhere else. I too share the sentiment of Senate Majority Leader Stewart-Cousins regarding the Governor’s ability to continue to lead this state. We have many challenges to address, and I think it is time for the Governor to seriously consider whether he can effectively meet the needs of the people of New York.

Cuomo, however, revealed Sunday that he would sign legislation to limit his emergency powers, more than one year after the coronavirus pandemic began.

Justice Thomas: Breaching the Big Tech Fortress of Immunity
Half a billion Facebook users had their personal data leaked online and the company has no plans to notify them about it
Caitlyn Jenner Reportedly “Actively Exploring” Run for California Governor
The NYT Is STILL Lying About GA Law: ‘Severely Curtails…People of Color’ From Voting
Past Time to Fight Back