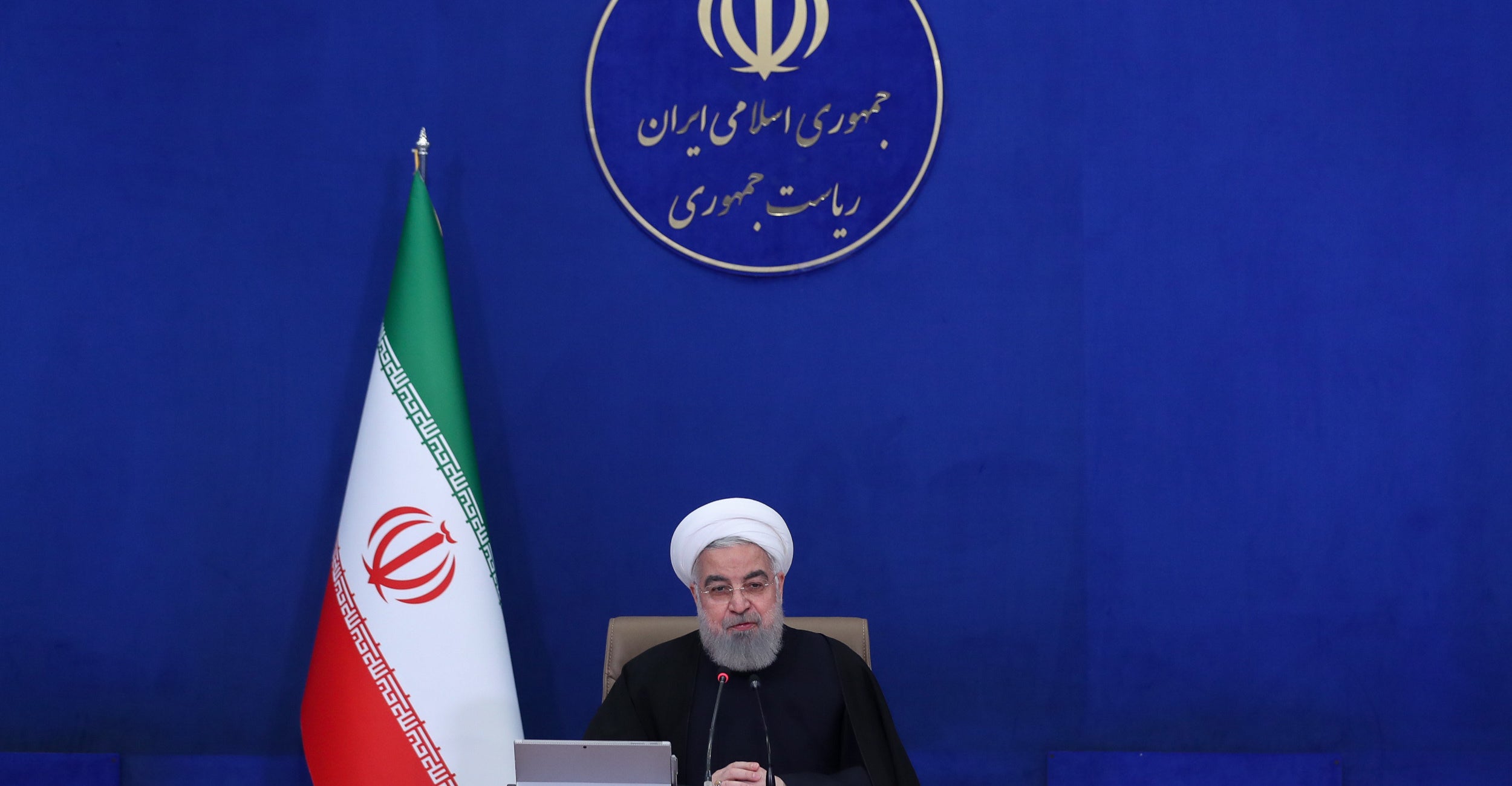 Iran has escalated its coercive pressure campaign on the Biden administration on two major fronts—the standoff over Iran’s nuclear program and terrorist attacks by Iranian proxies.

On the nuclear front, Iran steadily has ratcheted up uranium enrichment to exceed the quantitative and qualitative limits set by the flawed 2015 Iran nuclear deal, which the U.S. abandoned in 2018 and Tehran increasingly has violated since 2019.

In January, Iran began enriching uranium to 20% purity, a relatively short step from weapons-grade material, at its fortified underground nuclear facility at Fordow. In February, it produced uranium metal, which could be used in a nuclear warhead, and restricted the access of International Atomic Energy Agency inspectors to its nuclear sites.

Although some Western officials estimate it would take Iran two to three years to produce a nuclear warhead, David Albright, the president of the Institute for Science and International Security, assesses that Iran could explode a test device within nine months, build a nuclear weapon in a year, and put a nuclear warhead on a ballistic missile in two years.

The other major strand of Tehran’s coercive strategy involves a terrorist campaign by Iran’s proxy groups.

In recent weeks, Iranian-backed militias across the Middle East have attacked military bases and civilian targets in Saudi Arabia with drones, assassinated a critic in Lebanon, and launched at least three rocket attacks in Iraq, targeting American military personnel, killing an American contractor and a foreign contractor, and wounding many others.

Iranian-backed Iraqi militias have periodically attacked Iraqi bases hosting 2,500 U.S. troops and advisers assisting Iraq’s campaign against the Islamic State. They have done so as part of Iran’s long-term efforts to drive the U.S. out of the region.

After being sanctioned by Washington and sustaining losses in U.S. retaliatory strikes, Iran’s proxies in Iraq developed their own proxies in the form of front groups that launch attacks under false flags to avoid retaliation for those actions.

Responsibility for a recent rocket attack, which killed a Filipino contractor at a U.S. military base at Irbil in northern Iraq on Feb. 15, was claimed by a mysterious group calling itself the Guardians of Blood Brigade.

In response, President Joe Biden ordered a Feb. 25 airstrike against military facilities in Syria controlled by Iraqi militias backed by Iran, including Kataib Hezbollah, one of Iran’s most dangerous Iraqi surrogate groups.

In December 2019, a Kataib Hezbollah rocket attack killed an American and set the stage for the January 2020 crisis in which the U.S. launched a drone strike that killed the leader of Kataib Hezbollah, along with Iranian Gen. Qassim Suleimani.

Suleimani, the leader of the elite Quds Force of Iran’s Islamic Revolutionary Guard Corps, was the mastermind behind Iran’s aggressive proxy attacks in Iraq, Syria, and Lebanon.

Pentagon officials reportedly have assessed that a March 3 rocket attack, in which an American contractor died of a heart attack, also was executed by Kataib Hezbollah.

After suffering major economic damage due to the Trump administration’s “maximum pressure” sanctions strategy, Iran is mounting its own maximum-pressure campaign to force the Biden administration to lift sanctions and unconditionally return to the 2015 nuclear agreement.

Iran seeks to stampede the administration into dropping its professed goal of fixing some of the flaws in the nuclear deal in renewed negotiations.

The Tehran dictatorship knows that a return to the 2015 nuclear agreement, which gave it a patient path to a nuclear breakout, is the best outcome it can hope for.

America and the world will have to kneel before our great nation and give up on their oppressive sanctions.

Indeed, we have moved a step forward and achieved a great victory. That murderous butcher in America [President Donald Trump] was toppled, and the current administration has acknowledged, four times so far, that the maximum-pressure [policy] of the previous administration had been a mistake and had failed to achieve the desired result.

Biden must disabuse Rouhani of that notion.

The Wall Street Journal reported that after launching its military strike on Feb. 25, the Biden administration sent a confidential message to the Tehran regime.

The administration did not disclose the details, but that message should have warned Tehran that Washington will refuse to lift sanctions on Iran as long as the attacks continue.

Biden should not repeat the mistakes of the Obama administration, which downplayed the threat posed by Iranian proxies and Iran’s active role in orchestrating those threats while offering sanctions relief, merely to get back to the negotiating table.

Biden should also take a page out of Trump’s playbook and hold Tehran responsible for the terrorist atrocities of its proxy militias.

Washington cannot afford to allow Iran to hide behind its puppets.

Unless it is forced to pay a high price for its proxy warfare tactics, Tehran will be happy to fight to the last Arab, by using Iraqi, Lebanese, Syrian, and Yemeni militias to do its dirty work.

The Biden administration must stand firm in the face of Iranian nuclear brinkmanship and proxy threats to persuade Tehran that continuing such policies will only set back, not advance, Iran’s national interests.

For more on this topic:

Why Returning to the JCPOA Is a Dangerous Mistake

With 2021 Still Young, We Already Have Trouble from Tehran

Iran Acting Tough—Biden Team Is Being Sent This Message

How US Strike Against Iranian General Changes Rules of Game in Iraq, Region

Mayor Pete, Secretary Pete, Now New Math Pete
New Pro-Life ‘Roe V. Wade’ Film Exposes the Facts on Supreme Court Ruling
For the Sake of Our Children We Must Demand a Return to a Pre-COVID-19 Normal Now
Republicans Should Oppose Corporate Favors In General, Not Just As Retribution Against Woke Capitalism
Building America First in the States