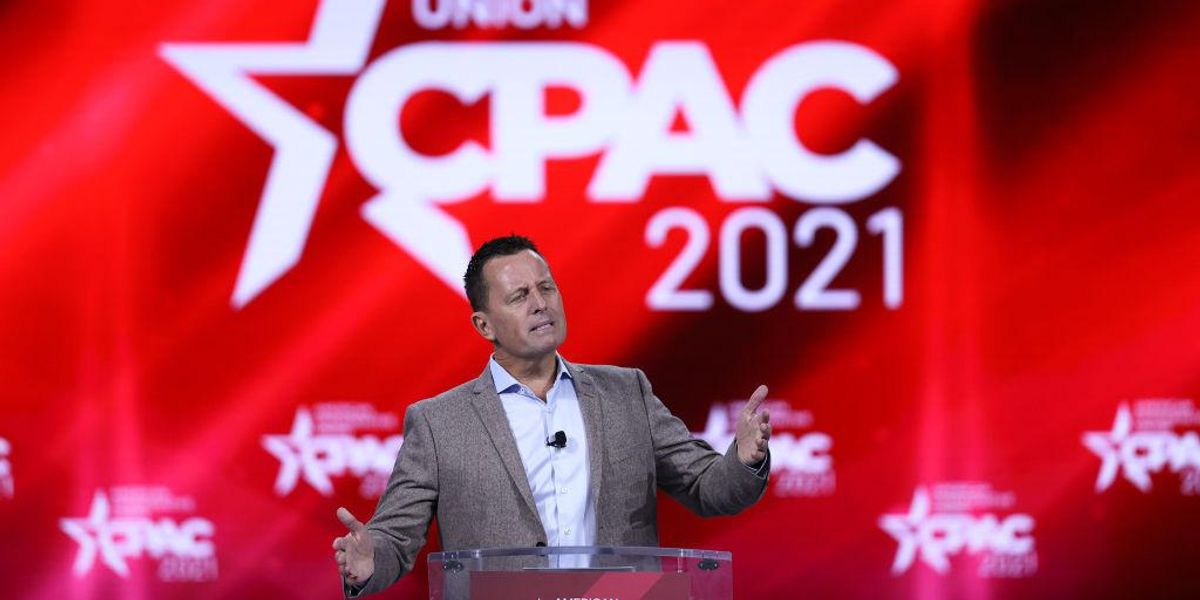 Grenell delivered a speech at the Conservative Political Action Conference on Saturday, where the former U.S. ambassador to Germany hinted at making a gubernatorial run in the deep blue state of California.

“If you want the best case possible for a recall campaign, take a look at my home state of California,” Grenell told the crowd at CPAC in Orlando, Florida. “California used to be Reagan country, the shining example of business innovation and middle-class success. But now when you think of California, you think of out-of-control wildfires, of rolling blackouts, of schools still closed, of shuttered business, of bans on fracking, and on wealthy people jumping the vaccine line.”

Grenell then took aim at Gavin Newsom, the current Democratic governor of California who is facing a petition recall.

“In my three decades in American politics I have never seen a better case for a recall than there is right now in California,” he added. “And of course, if a public official is still failing to deliver on their promises, and if you can’t limit their term or recall them in time, there’s always one other option: You can run against them yourself.”

Mercedes Schlapp, another former member of the Trump administration who was the White House Director of Strategic Communications, was in favor of Grenell running and told the crowd, “How wonderful was Ric Grenell? I don’t know, I think he’d make a great governor of California.”

Previously, Grenell dismissed the notion that he would run for governor of the Golden State. The former Acting Director of National Intelligence shot down a Politico report earlier this month that he was “laying groundwork for CA governor run should @GavinNewsom recall qualify.”

Grenell reacted to the report by tweeting, “Politico has pretended gossip is journalism.”

The deadline to submit signatures on a petition to recall Newsom is March 17, but the campaign already surpassed the necessary threshold of 1,497,709. As of Thursday, the petition had 1,825,000 signatures, according to The Recall Newsom campaign.

“However, it’s important to note that all those signatures need to be verified as authentic registered voters by the Secretary of State’s office before a recall elections is triggered,” KABC-TV reported.

Even if Newsom is recalled, it would be a tall order for Grenell, who is embraced by much of Trump’s base, to win the deep blue California. In the 2020 presidential election, Trump lost California by more than 29 percentage points to Joe Biden. As of November, registered Democratic voters outnumbered Republicans by almost two to one.

Donald Trump will speak at CPAC on Sunday.

Did Joe Biden tell America to stop praying?
Ex-NFL player suspected in murder of doctor, doctor’s wife, their 2 grandchildren, and an HVAC worker
The BLM and Biden Scandals You Weren’t Supposed to See
‘Satan shoes’ launched by Lil Nas X, which contained a drop of blood, to be recalled after Nike lawsuit
Video shows Chicken Express employee launch out of drive-thru window to assault customer over alleged discount dispute