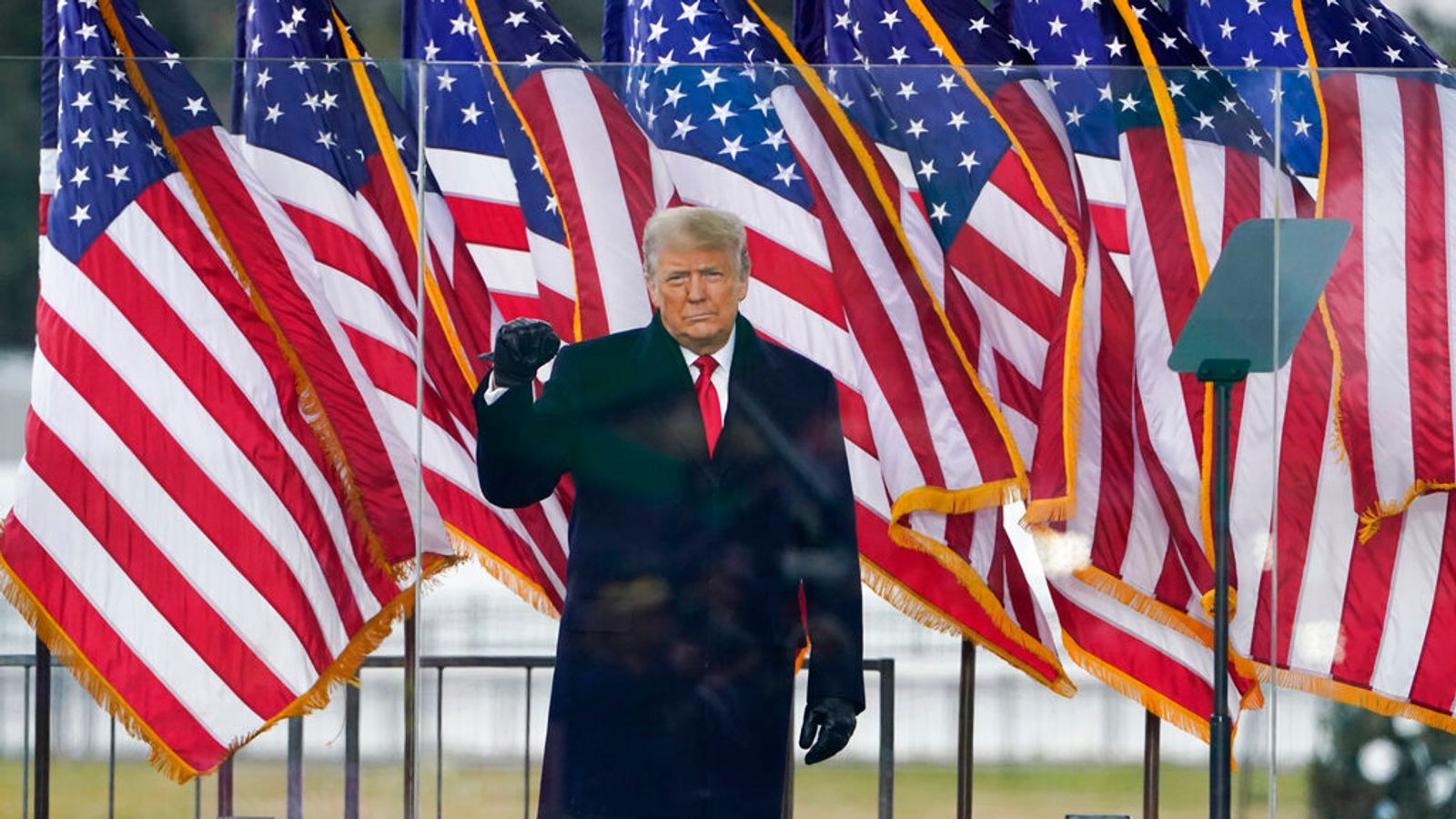 Donald Trump’s Facebook and Instagram accounts have been suspended “indefinitely”, at least until Joe Biden replaces him as president on 20 January, its founder has said.

Mark Zuckerberg posted on Facebook to condemn the “shocking events” in Washington DC.

He said they “clearly demonstrate” that Mr Trump “intends to use his remaining time in office to undermine the peaceful and lawful transition of power”.

Mr Zuckerberg accused the president of “using our platform to incite violent insurrection against a democratically elected government”.

He wrote in a statement: “We believe the risks of allowing the president to continue to use our services are simply too great.

“Therefore we are extending the block we have placed on his Facebook and Instagram accounts indefinitely and for at least the next two weeks until the peaceful transition of power is complete.”

Twitter suspended the president’s account for 24 hours following the violence, but he was able to convey a message through a member of White House staff early on Thursday.

Deputy chief of staff Dan Scavino posted on Trump’s behalf: “Even though I totally disagree with the outcome of the election, and the facts bear me out, nevertheless there will be an orderly transition on January 20th.

“I have always said we would continue our fight to ensure that only legal votes were counted. While this represents the end of the greatest first term in presidential history, it’s only the beginning of our fight to Make America Great Again!”