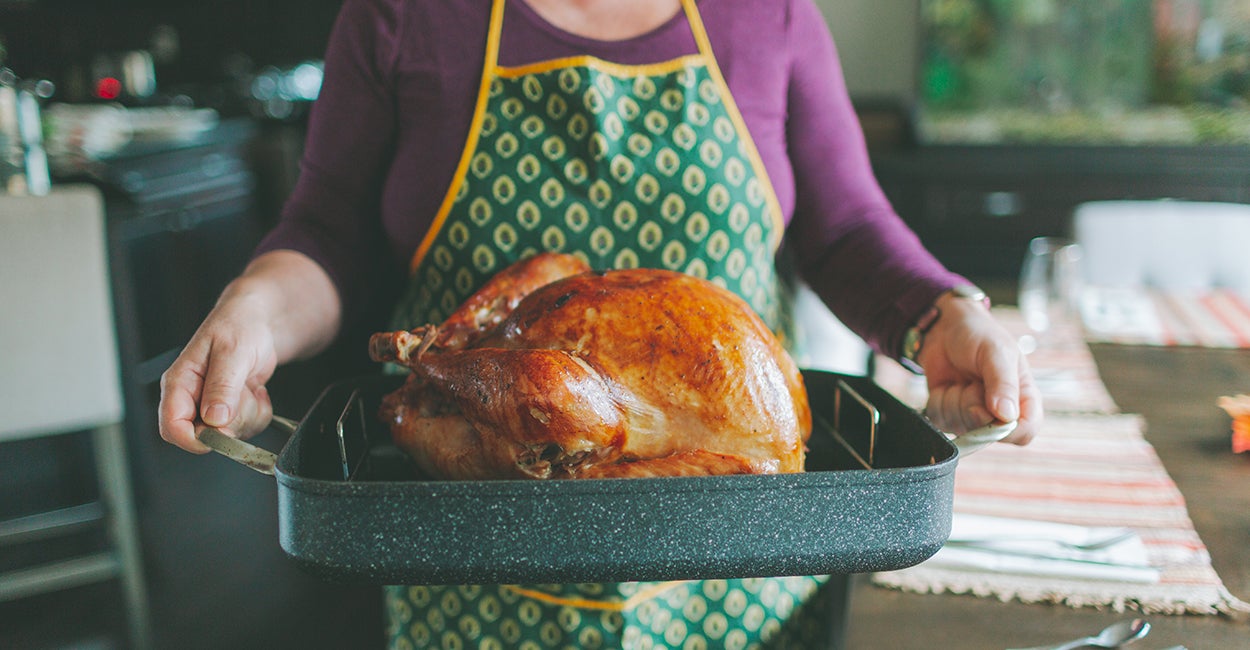 In Oregon, you can have cocaine, but not cranberries. Heroin, but no ham. Meth, but not mashed potatoes! Amazingly, a state that just legalized drugs wants to criminalize Thanksgiving! Talk about a double helping of hypocrisy—just in time for the holidays.

Of course, Gov. Kate Brown, a Democrat, wasn’t exactly winning any popularity contests as it was. Now, after her ridiculous orders—which would force families of seven or more to turn away their own children from the meal—she’s become a national punchline.

So let me get this straight, Rep. Jim Jordan, R-Ohio, tweeted: “You can be jailed for having too many people over for Thanksgiving. But if you want to riot and loot in Portland, no sweat!”

That’s right, Jason Rantz mocked. “In Oregon, they’re tougher on families than they are on Antifa!”

The optics certainly aren’t great for the state—threatening criminal sanctions against people for eating turkey together, when they let locals shoot themselves up with killer drugs. And yet, Brown didn’t shy away from the harsh rhetoric. “I am not asking you [to limit gatherings],” the governor said last week. “I am ordering you.”

Charles Boyle, the governor’s spokesperson, was just as threatening. “If people aren’t going to take this virus seriously, we are prepared to offer consequences.” And those consequences, they aren’t shy to say, include jail time.

>>> What’s the best way for America to reopen and return to business? The National Coronavirus Recovery Commission, a project of The Heritage Foundation, assembled America’s top thinkers to figure that out. So far, it has made more than 260 recommendations. Learn more here.

It’s an incredible government overreach. In Pennsylvania, Democratic Gov. Tom Wolf is demanding that families wear marks in their own homes! That’s absurd, especially, as PJ Media’s Tyler O’Neil pointed out, when a lot of these liberal leaders (like California Gov. Gavin Newsom) aren’t even following their own rules.

It’s not the government’s business to tell Americans how they can set their Thanksgiving tables—or if you can set them for that matter.

It might make more sense if they showed half as much care about people’s lives when it comes to drug addiction or the sexually transmitted disease pandemic. You don’t see Brown racing to stop the risky sexual activity that’s infecting 20 million new people each year and costing taxpayers $16 billion to treat. People die from that too.

And what does the left say? “Stay out of our bedrooms.” Fine, then it’s time they get out of our dining rooms!