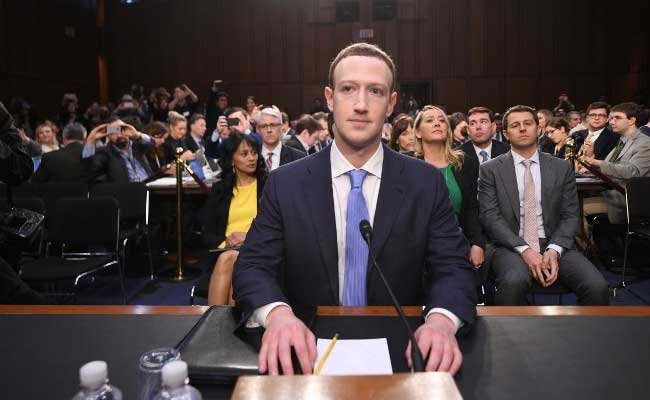 Facebook CEO Mark Zuckerberg reportedly pushed back Tuesday against company employees who lashed out at him for not nixing a post on President Donald Trump’s profile calling rioters “THUGS.”

Facebook’s adherence to free speech principles “show that the right action where we are right now is to leave this up,” he said during a question and answer session on a video chat call, The New York Times reported. The call comes one day after employees staged a virtual walkout Monday to protest Zuckerberg’s decision not to remove the president’s post.

“I knew that I would have to separate out my personal opinion,” he said during the call, according to TheNYT. “Knowing that when we made this decision we made, it was going to lead to a lot of people upset inside the company, and the media criticism we were going to get.” TheNYT obtained a copy of the call’s text.

A company spokesman Andy Stone confirmed to the Daily Caller News Foundation that Zuckerberg did in fact have an “open and honest” discussion with employees Tuesday.

Several employees reportedly logged out of the company devices Monday in protest. “The hateful rhetoric advocating violence against black demonstrators by the US President does not warrant defense under the guise of freedom of expression,” one employee reportedly wrote in an internal message board, according to a NYT report Monday.

One of Facebook’s largest competitor, Twitter, took swift action after Trump suggested in a May 29 tweet that the “THUGS” rioting in Minneapolis are “dishonoring the memory of George Floyd,” a black man who died after a police officer knelt on his neck for several minutes, according to video of the incident.

Trump later clarified what the tweet was meant to convey, telling his Twitter followers Friday that looting often leads to gun violence, something the president said he hopes to avoid.

Trump’s Facebook and Instagram posts quoting the tweet have not been removed, and as a result they’ve collected a monstrous amount of engagements. It’s been shared more than 70,000 times as of Tuesday and has accumulated more than 255,000 reactions. The Instagram post, meanwhile, had more than 500,000 likes.

They were not removed or concealed because the company is “committed to free expression,” Zuckerberg said in a May 29 Facebook post.

“Although the post had a troubling historical reference, we decided to leave it up because the National Guard references meant we read it as a warning about state action, and we think people need to know if the government is planning to deploy force,” he wrote.