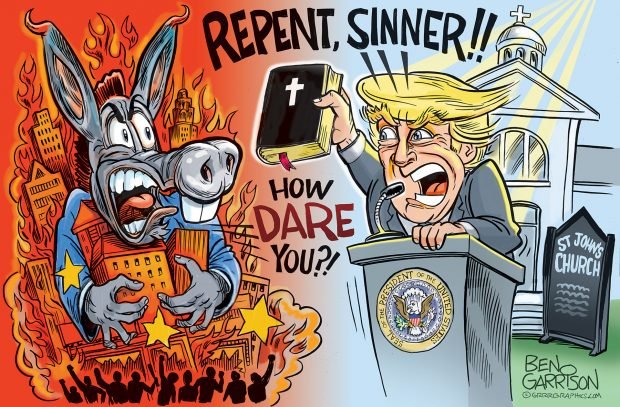 There is one constant about MSNBC and CNN: They shamelessly repeat their insane lies du jour over and over again. In that manner, maybe they think people will become brainwashed. Repetition is an MKUltra mind control tactic. 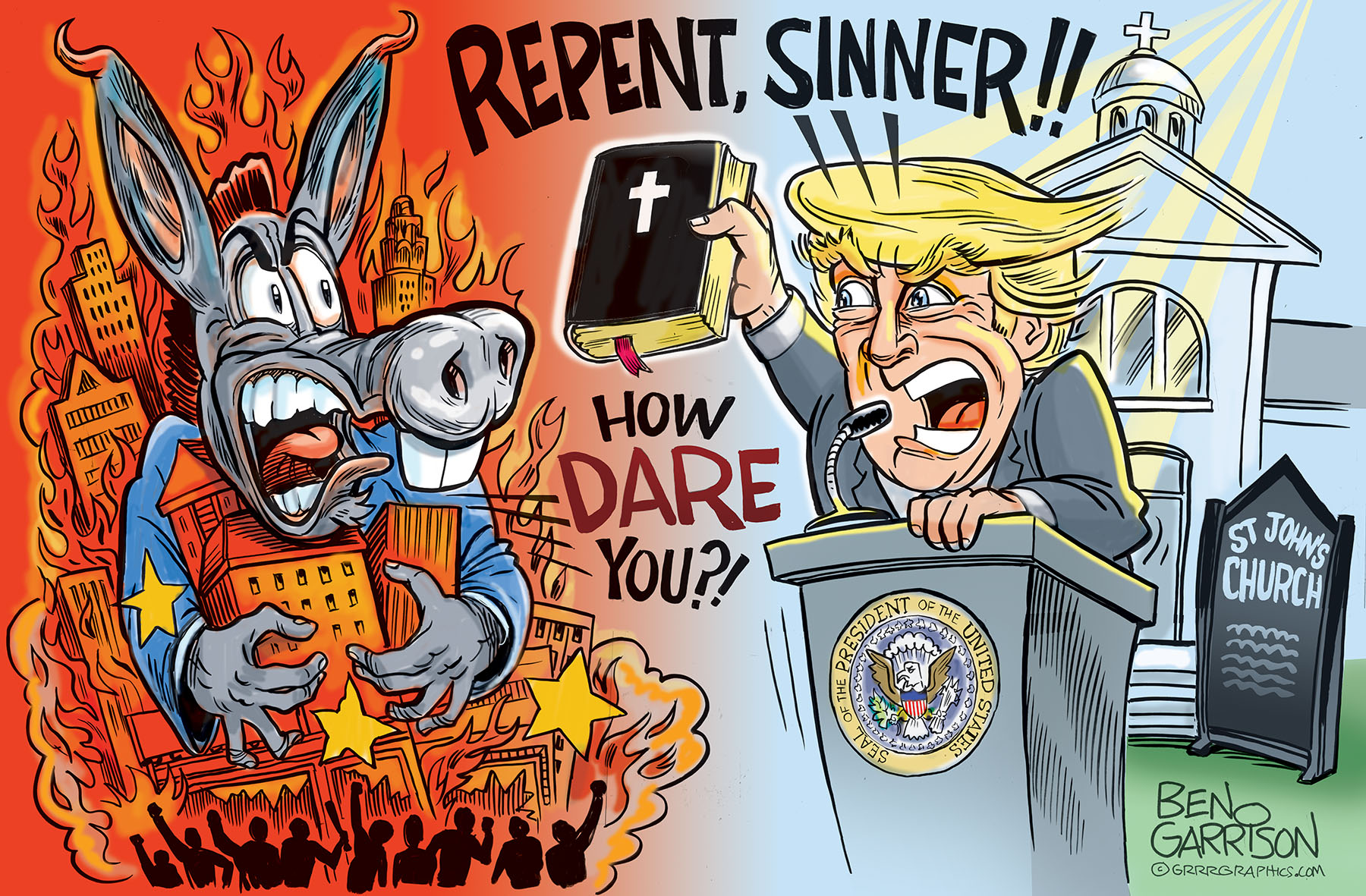 Before Trump made a short speech at a historic church near the White House, the two Democratic propaganda channels kept saying how Trump failed to show leadership. They said he was hiding out in a bunker at a time the nation needed reassuring words. After Trump did just that, they accused Trump of tear-gassing protesters and then threatening to use the military against the American people. They called his appearance a shameless ‘photo op’ and repeated it over and over and over. They said he did it only to boost his reelection chances. No matter what Trump does or does not do, the two stations will condemn him.

Joe Biden also condemned Trump, but Biden’s slurred speech was in no way considered by the propaganda networks to be a photo op for his election. No, instead CNN and MSNBC said his words were ‘powerful.’ Biden slammed Trump for failing to address ‘systemic racism.’ The phrase ‘systemic racism’ was also used endlessly by the liars, yet they would never apply it to Joe, a systemic politician for most of his life. Racism didn’t exist when Joe was Vice President? If it did, why didn’t Joe do something about?

The Democrats and their media stooges wanted Trump out of office even before he took office. CNN talked about assassination before Trump’s inauguration. The subsequent Russia witch-hunt against the president failed.  The Ukraine fake scandal failed. The scamdemic hurt Trump’s economy, but it wasn’t enough. Now they are going all out by encouraging endless protests and lawlessness in their blue cities.

The Democrats are socialists obsessed with Trump’s removal and world government.  They’ll keep trying to get their way even if it means the destruction of their own country.

What the Democrats ALWAYS forget is, in the end…. 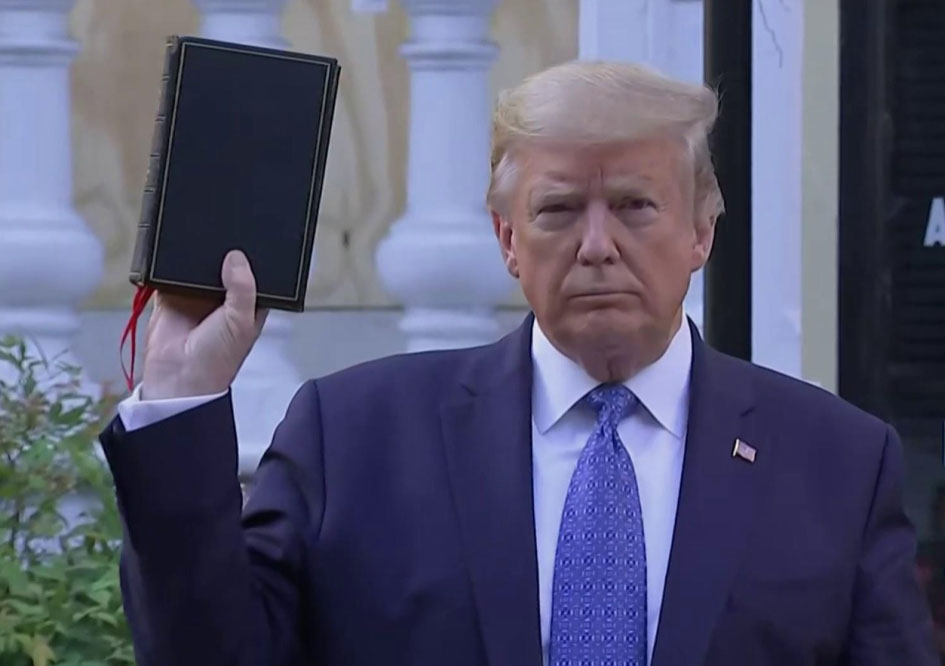