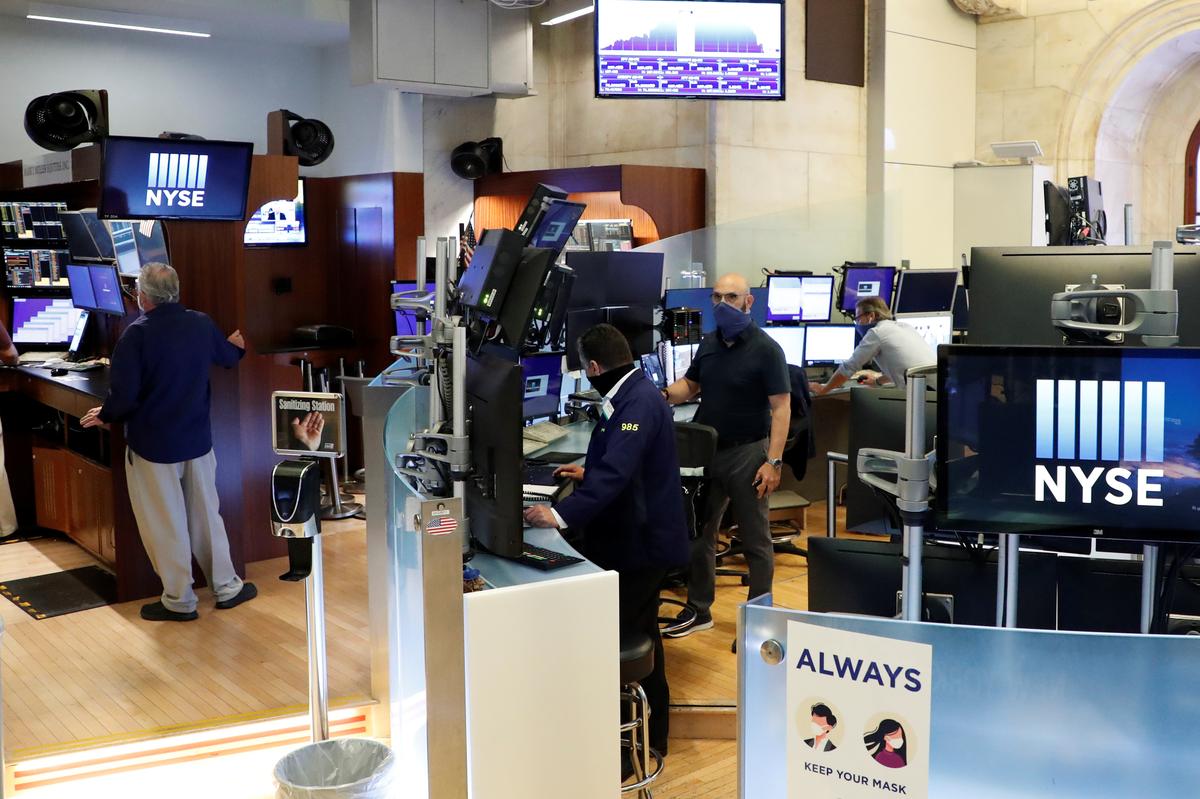 (Reuters) – Wall Street was set to surge at the open, with the S&P 500 poised to breach a major technical barrier on Tuesday as business restarts and optimism about a potential coronavirus vaccine helped investors overlook Sino-U.S. tensions.

Traders work inside posts, on the first day of in-person trading since the closure during the coronavirus disease (COVID-19) outbreak on the floor at the New York Stock Exchange (NYSE) in New York, U.S., May 26, 2020. REUTERS/Brendan McDermid

Futures pointed to the benchmark index opening above 3,000 points, a key psychological level that could further bolster risk appetite, and also above its 200-day moving average, a closely watched long-term trend indicator.

The S&P 500 has risen about 35% from its March lows on hopes of an eventual coronavirus antidote and easing of virus-related curbs. It is now about 13% below its all-time high hit more than three months ago.

“The markets are focusing more on healthcare related news getting better and the possibility for a vaccine by the end of the year and the potential for increased economic activity as more and mores states reopen,” said Art Hogan, chief market strategist at National Securities in New York.

California has decided to reopen in-store retail businesses and places of worship following shutdowns in one of the most restrictive containment rules in the United States.

However, some analysts warned markets might be too fast in pricing a quick recovery from the coronavirus slump that put millions of Americans out of their jobs and virtually halted activity in major sectors.

“Business cycles don’t simply end in two to three months and that’s what the market is pricing,” said Patrick Fruzzetti, managing director and senior research analyst at the Rosenau Group.

“We’re not going to go from 0 to 100 in a matter of couple of months. In a way that some of these sectors are pricing. It’s going to be very slow.”

Later in the day, the Conference Board’s data is expected to show consumer confidence index edged up slightly after hitting a six-year low in April.

Reporting by Medha Singh and Uday Sampath in Bengaluru; Editing by Arun Koyyur