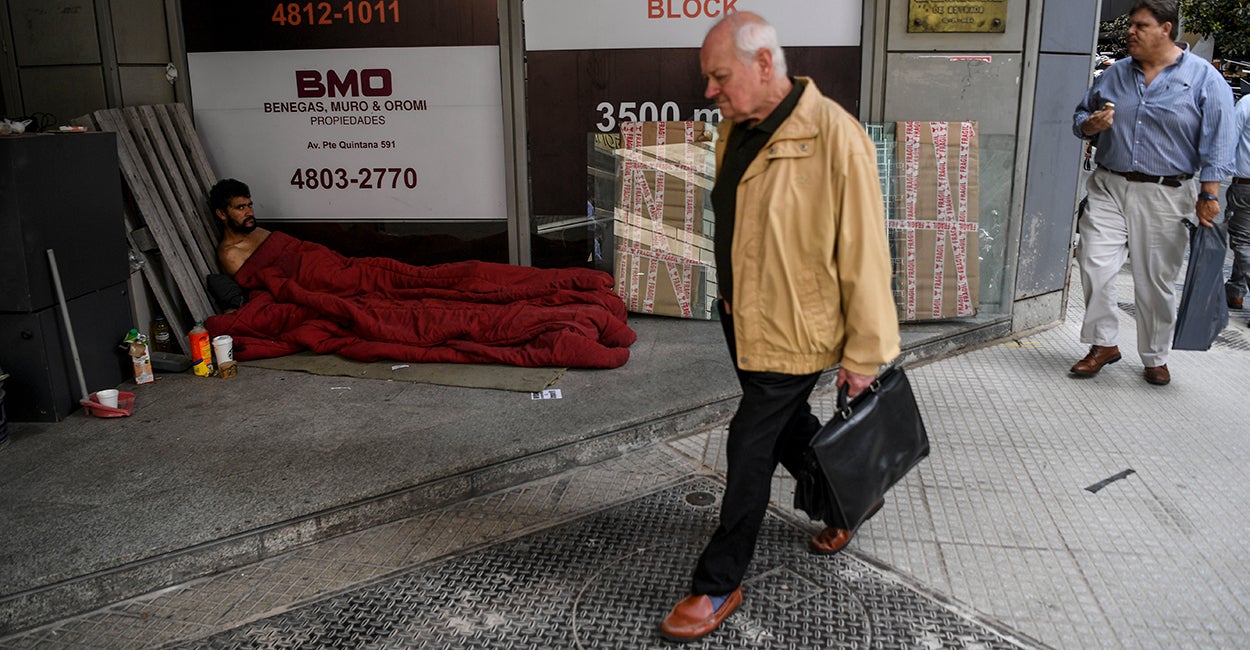 Argentina’s economic freedom score increased slightly this year. But as the 149th-freest out of 180 countries graded in the 2020 edition of The Heritage Foundation’s annual Index of Economic Freedom, Argentina remains in the bottom rankings of mostly unfree and repressed economies.

The policies of the current leftist government in Buenos Aires threaten to sink its economic freedom even lower.

Argentina’s economy fell into the index’s repressed category during the second term of then-President Cristina Fernandez de Kirchner (2011–2015) of the leftist-populist Peronist Party.

It made some progress during the administration of her successor, former center-right President Mauricio Macri, and the country rose to the mostly unfree ranks.

Macri’s actions never lived up to his rhetoric, however, and critics argue that his policy of economic gradualism translated into a missed opportunity to make the deep structural reforms the country needs for a real and durable economic renaissance.

Compounding the problem was that many of Macri’s economic reform proposals, intended to reduce inefficiencies and increase productivity, were stonewalled by the opposition Peronist Party, which maintained control of Congress.

Nevertheless, if Macri had adopted a “shock therapy” policy when he had the political goodwill and support of the people in 2016, Argentina possibly could have dodged a deep contraction in gross domestic product growth in 2018.

Governmental reforms—rather than the massive borrowing spree Macri pursued—also would have lessened the current crisis the country is now having with servicing its sovereign debt.

Bloomberg reports that the Argentine government, in negotiations with international creditors over its $72 billion debt, has offered “a three-year moratorium on debt payments, a 62% reduction in interest payments, and a 5% cut in principal.”

“Holders of the country’s overseas debt are being offered a series of new securities of various maturities, none of which will accrue interest before 2022. No principal will be returned before 2026,” Bloomberg added.

If an agreement is not signed by next Friday, May 22, the country will default on its debt for the ninth time in its history. The last default of $93 billion, a record at the time, occurred in 2001.

Harvard economist Carmen Reinhart has predicted that the offer will fall short and that Argentina will not be able to restructure and resume principal and interest payments. She thinks that the package will have to be restructured, absent spectacular economic growth, which she thinks, probably correctly, would be “miraculous” while the world economy is recovering from the coronavirus pandemic.

The Index of Economic Freedom outlines the steps the government of Argentina needs to take in order to achieve robust and sustainable economic growth and break its long history of boom and bust.

Among those steps are reforms to fix deficiencies within the regimes for the protection of patent and regulatory data; to strengthen anti-corruption bodies; to end the politicization of the judicial system; to eliminate economic and political hurdles that have blocked additional pro-business reforms; to lower taxes for pensions, the cost of health care, and other labor taxes that remain high; to trim subsidies; to reduce the regulation of foreign investment in various sectors; and to lessen the market share of state-owned banks, which account for more than 40% of total financial sector assets.

None of that would be easy in the best of circumstances, but with the return to the presidency of the Peronists, whose policies over the past seven decades have inflicted such heavy economic damage on Argentina, the prospects for reforms that would improve economic freedom and the standards of living have, unfortunately, dimmed.